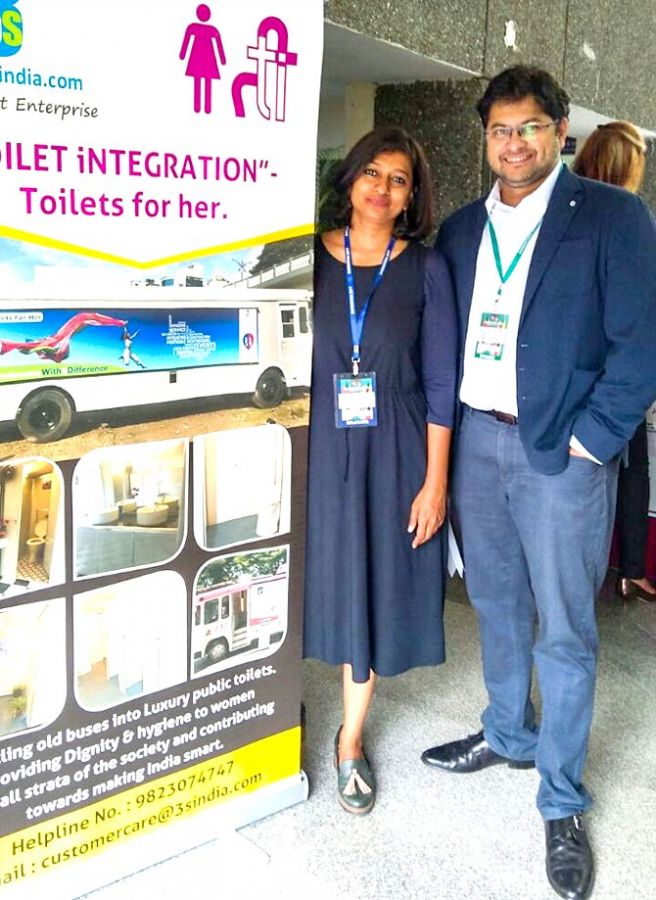 When was the last time you visited a public loo and came out with a smile on your face?

Even after paying a minimal maintenance fee of Rs 5 or Rs 10, there is no guarantee that you'd get a clean and sanitised toilet.

For women who travel during menstruation and pregnancy, the risk of using unclean, stinky toilets cannot be ignored.

In 2016, the couple, who run Saraplast Private Limited and have been in the portable sanitation business since 2000, took an innovative step to transform old dysfunctional BEST buses into temporary, movable luxury toilets for women.

Their project is named TI which translates to 'she' or 'her' in Marathi. TI also stands for Toilet Integration.

"We wanted to change the perception that public toilets are dirty, stinky places," Rajeev tells Divya Nair/Rediff.com from the couple's office in Pune. 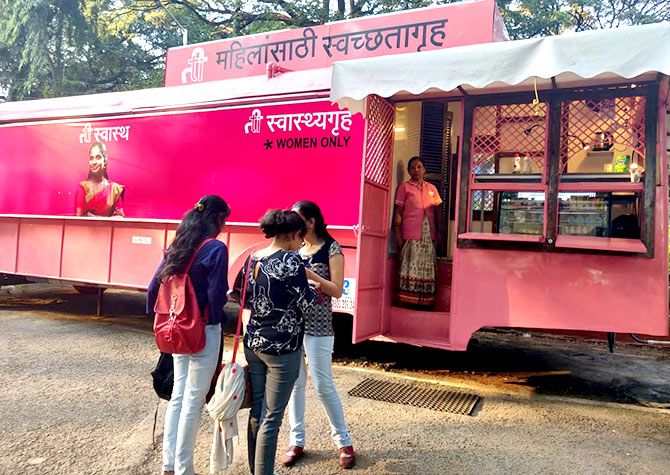 "We used to provide portable toilets for migrant workers at music and cultural events. Over the years, we've realised that the public restrooms in India are not up to the mark," Ulka notes about the inspiration behind building smart toilets for women.

"I had seen this model in San Francisco and I thought it would be nice to replicate in India," adds Ulka.

"In 2016, Pune was included in the list of smart cities. The Pune municipal corporation had invited different people who shared their ideas on how to make Pune clean and healthy. We presented the idea to corporator Kunal Kumarji and he supported us."

According to Ulka, the cost and time required to build a permanent toilet in concrete takes much longer.

"Building a toilet in a public place requires land, permission and a whole lot of time is spent in getting it done."

"These buses cannot go on roads. Sending them to scrap isn't helpful or profitable. Recycling them is very expensive. So not put them to better use?"

Movable toilets are the best and fastest solution for crowded places, they insist.

According to Rajeev, you cannot compare a public toilet to TI because the latter's objectives are much bigger and different.

Currently, the approximate cost of transforming a bus into a toilet works to Rs 800,000 to Rs 1 million. "If we can build 100 toilets in year, the cost can come down significantly," says Rajeev.

In the past year-and-a-half, they have built 15 such toilets across Pune using CSR funds from their parent company. Each toilet receives an average of 150 visitors to a maximum of 300 each day. 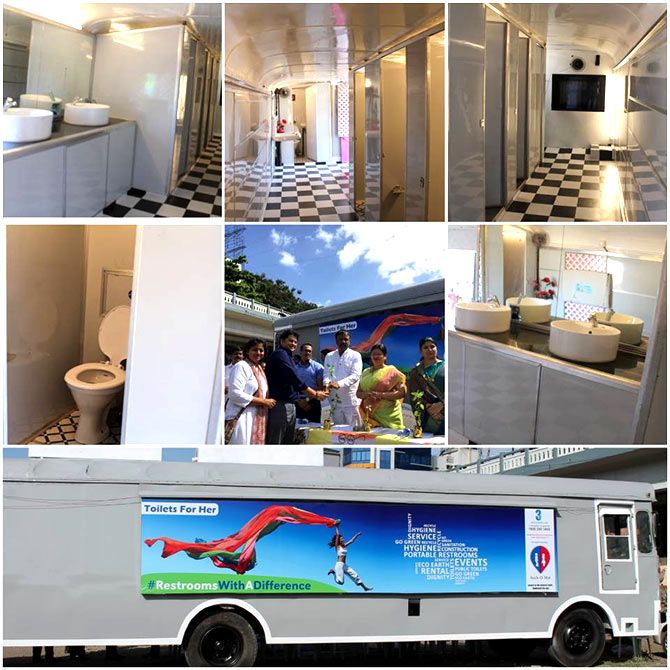 "People were a little hesitant to go inside, so we had a few activities planned to encourage people to try the service and give us feedback."

"From the outside, no one could tell that it was made from an old BEST bus. It was painted pink on the outside and had neat and clean interiors."

"Inside, there are sign boards everywhere guiding you how to use the restroom. There are disposable sanitary napkins and a diaper changing station. After you use the restroom, it will remind you to head to the wash area," says Ulka.

"There is also a water dispenser where you can fill up your bottles. It has everything a woman will need or worry about when she steps out of the comfort of her home," adds Ulka.

The first reaction, Ulka says, was 'Wow, is this for me? Is this real?'

"People in Pune had never experienced something like this before, so they were pleasantly surprised."

Rajeev and Ulka initially wanted to collaborate with the government and provide this service free of cost. They soon realised that the model would not be sustainable and would eventually be difficult to maintain.

"For a nomimal fee of Rs 5, we are giving them a clean and healthy solution for an every day problem. If we give it for free, we realised people may not value it," reasons Ulka.

In the future, they plan to tie up with health centres and convert it into a public-private programme, expanding to other metros and cities in India.

"It won't be a toilet anymore. It will be a place where women can also get examined by experts and seek information on issues like urinary tract infections, cancer and more," says Ulka.

The couple want more youngsters and entrepreneurs to come forward and share ideas to solve India's health and sanitation needs.

"The sanitation industry in India is a sunrise sector. It's a $60 billion industry," Rajeev informs us.

"If you think you have an idea that fills a gap, please pursue it. Take the first step," he says.

"If there are challenges, try to find solutions and move forward. Don't give up." 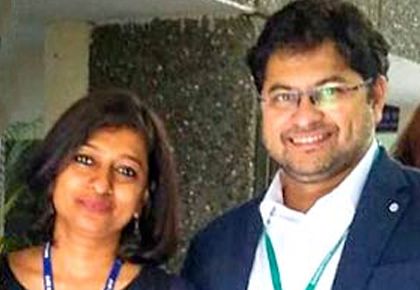 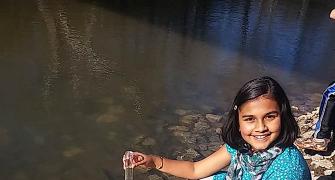 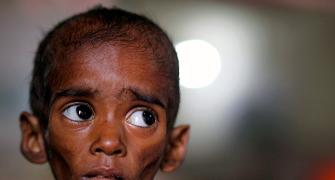 They may have the solution to India's food wastage problem 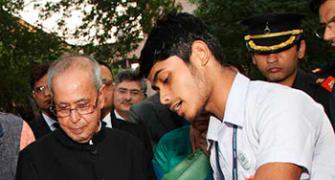 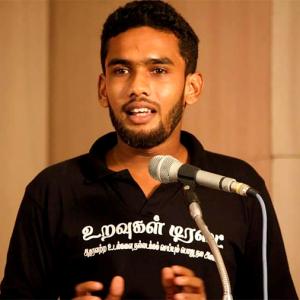 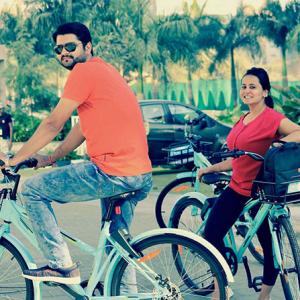