10 breathtaking pix of India that will make you go WOW

Rediff reader Arun Khanna shared these beautiful photographs he clicked from various parts of India. You can share your #IndiaPhotos here! 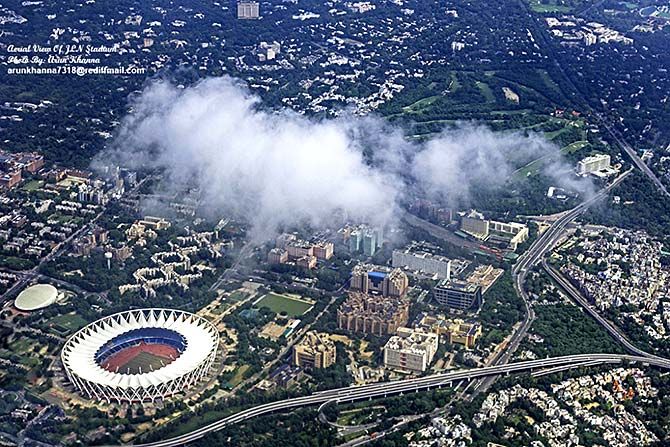 IMAGE: Aerial view of Jawaharlal Nehru Stadium, New Delhi.
'I shot this from my aeroplane window on a day when visibility was good. Lady luck had another pleasant surprise in store for me when a lone cloud drifted into the frame, giving the photo a stunning effect,' Khanna wrote about this picture. 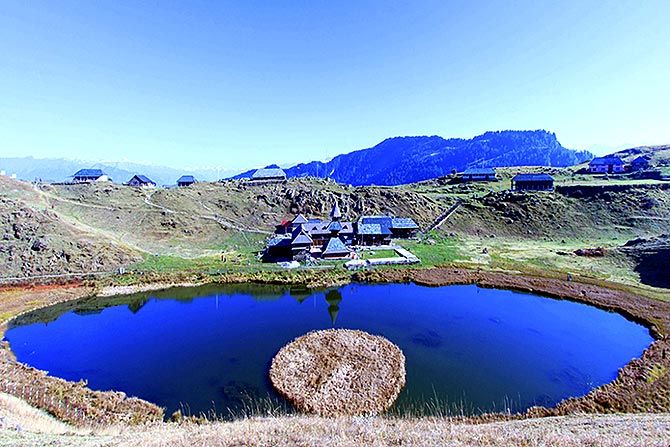 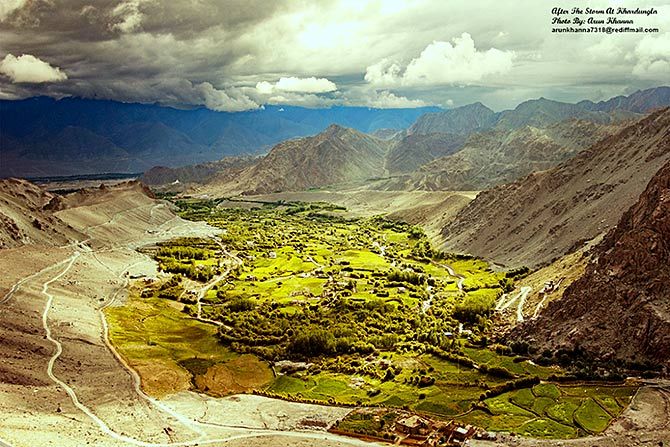 IMAGE: Arun Khanna captured this gorgeous view after the storm near Khardung La, the highest motorable pass in Ladakh. 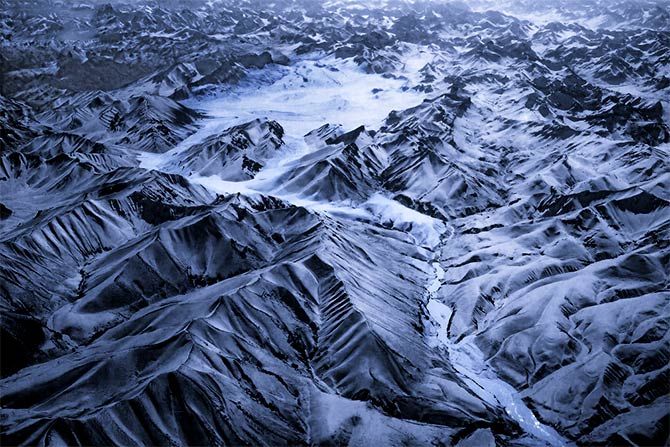 IMAGE: Aerial view of a Himalayan glacial lake in Ladakh.
Arun Khanna shot this picture from his airplane window enroute Leh in 2018. IMAGE: This mirror image reflection was shot just before Hundar, on way to Turtuk in Ladakh. IMAGE: "Sunset at Wakha near Kargil is one of my favourite golden blue hour photos," Khanna wrote about this picture he shot in March 2018.
"I slid many feet down in snow from roadside to click this once in a lifetime photo." IMAGE: "I was waiting patiently at the window of my hotel room since early morning for the sun to rise over the Arabian Sea and the results didn't disappoint me," he wrote about his splendid capture of Mumbai's favourite landmark -- the Gateway of India. 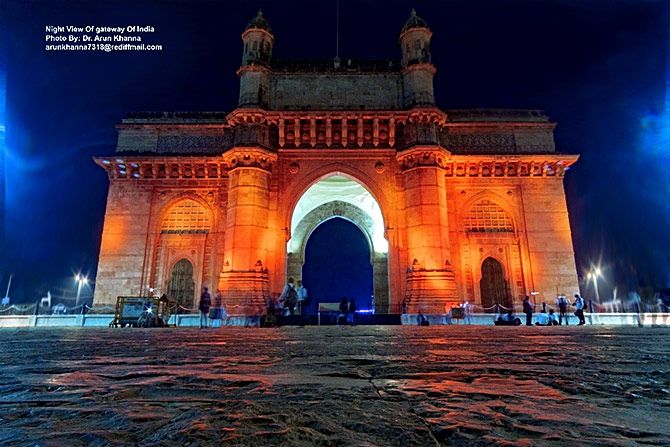 IMAGE: This is how the Gateway of India shines in its full glory during the night. IMAGE: And finally, we bring you this brilliant aerial view of Hawa Mod on the outskirts of Leh, Arun Khanna clicked when it was freezing in late October last year. You may also write to getahead@rediff.co.in (subject: Travel pix) and share your stories with us.

Rediff.com does not assume any responsibility for their originality. 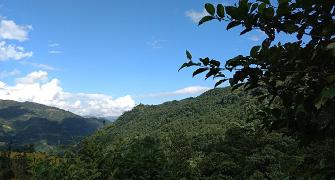 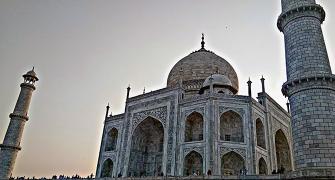 These pix of India will make you fall in love 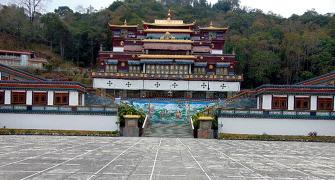 Why you should travel to Leh at least once 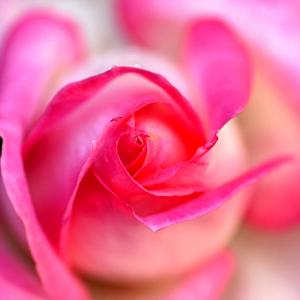