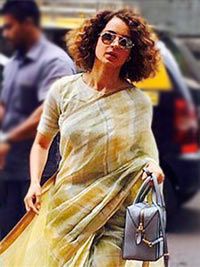 When Textiles Minister Smriti Irani tweeted a picture supporting Indian handlooms on August 1, it flagged off a buzzworthy national campaign.

#IWearHandloom is currently one of the hottest trends on social media.

From famous folk to the aam aurat/aadmi, everyone seems to be embracing the timeless tradition of Indian weaves.

Tista Sengupta presents celebrities committed to the great cause of Indian handlooms. 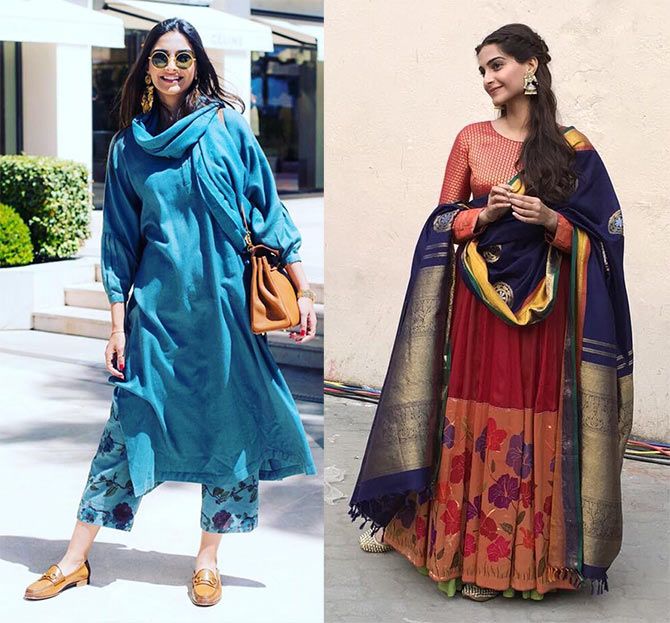 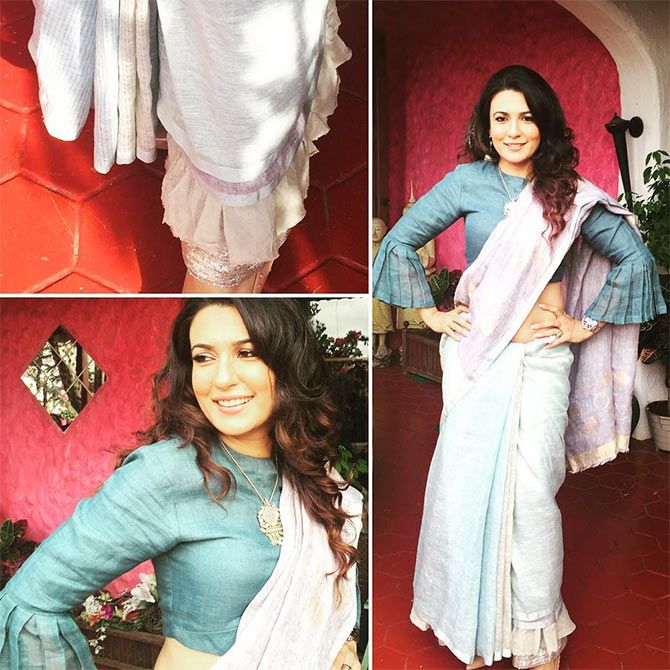 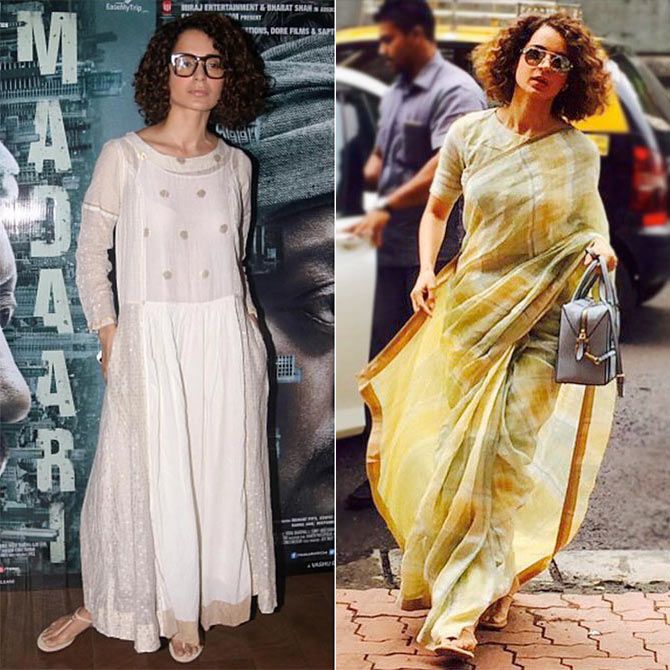 IMAGE: Kangana Ranaut's chic spin to Indian weaves is so cooool.
K goes geeky with an easy breezy cotton ivory dress from Pero by Aneeth Arora, left, and nails the badass diva look in a sari with a pair of sunnies. Photograph: Kind courtesy Style by Ami/Instagram 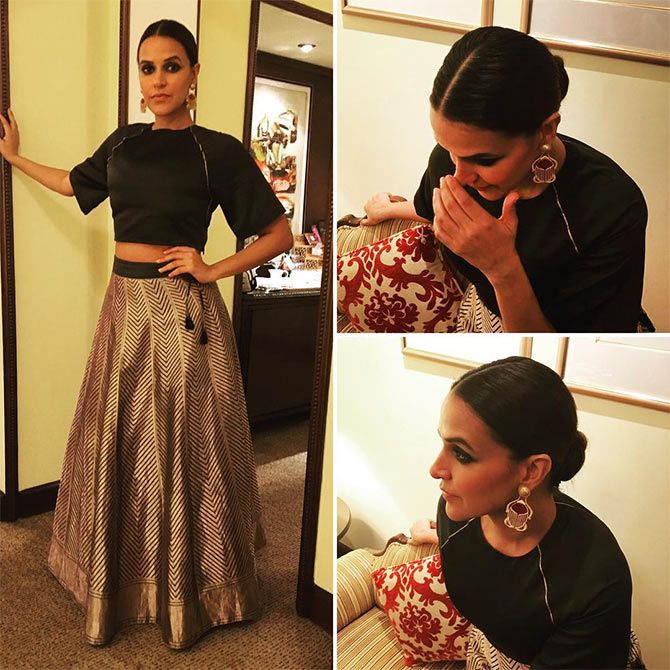 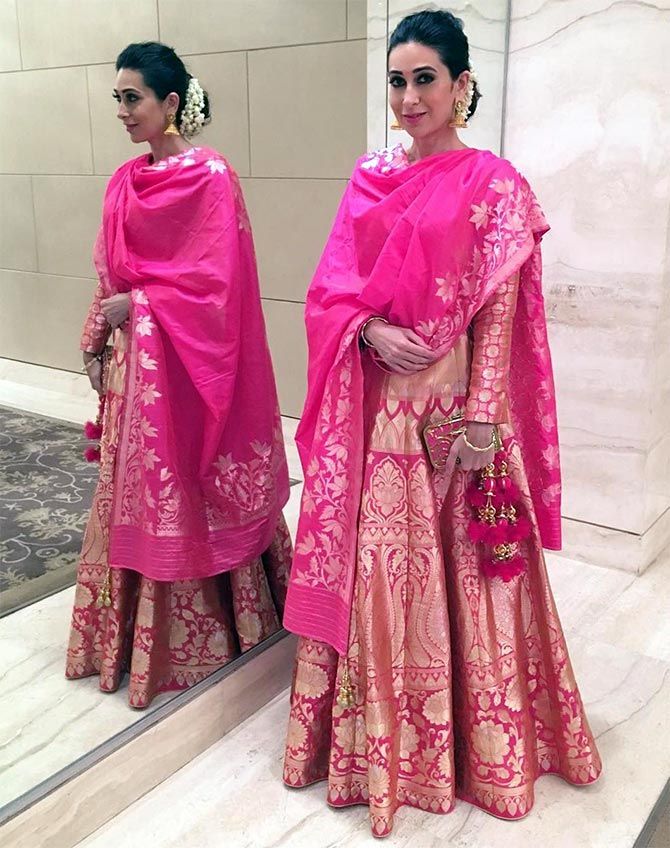 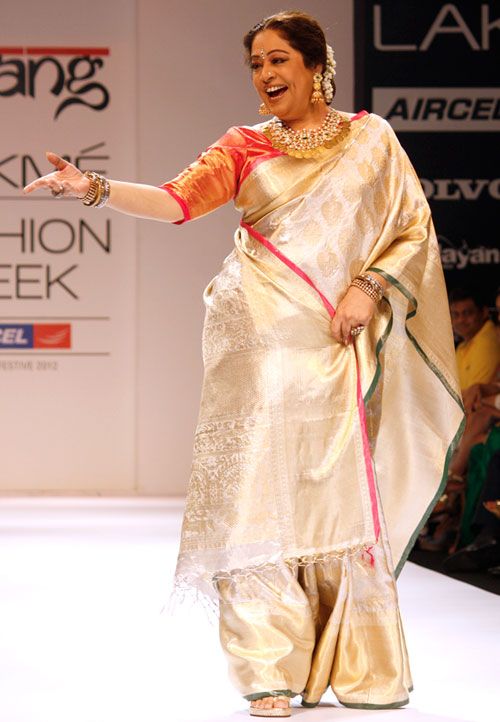 IMAGE: Chandigarh's Representative in the Lower House of the People shares an inseparable bond with the six yards of style.
Kirron Kher has been a showstopper for her go-to designer Gaurang Shah, known for his high-end handwoven ethnic wear.
Here, Kirron takes us back to the '50s and '60s in the designer's Kanjeevaram sari instilled with kalamkaris and zardozi. Photograph: Rajesh Karkera/Rediff.com 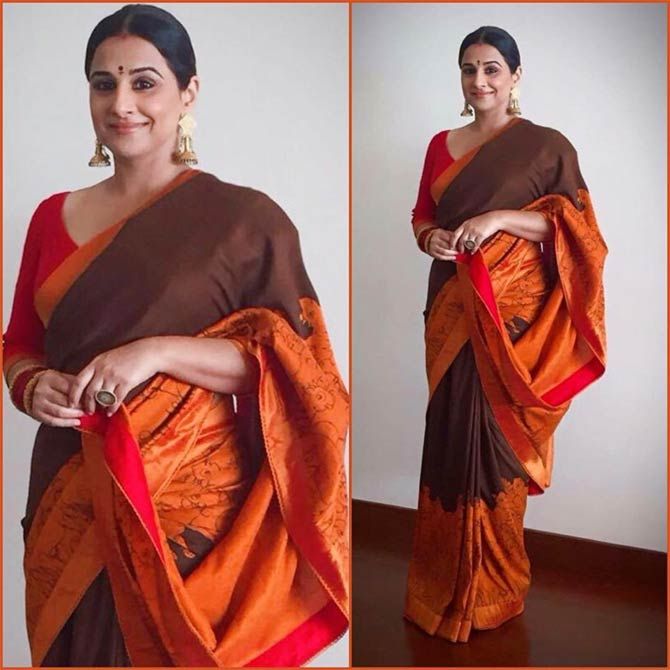 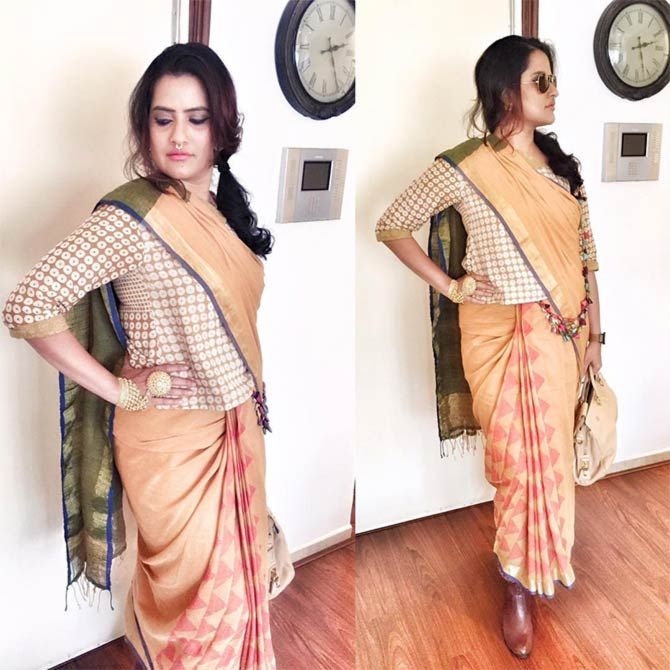 IMAGE: Take notes from singer Sona Mohapatra on how to rock a printed handloom sari.
Rendering a quirky, edgy touch to her look, she teams it up with a pair of ankle-length leather boots, a nose ring and a golden hathphool. Photograph: Kind courtesy Sona Mohapatra/Instagram 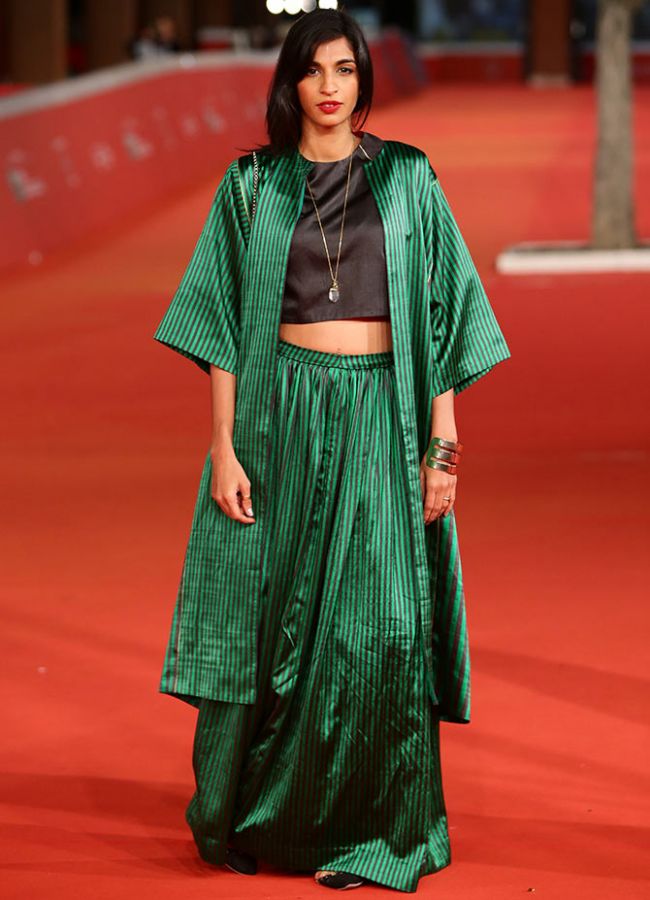 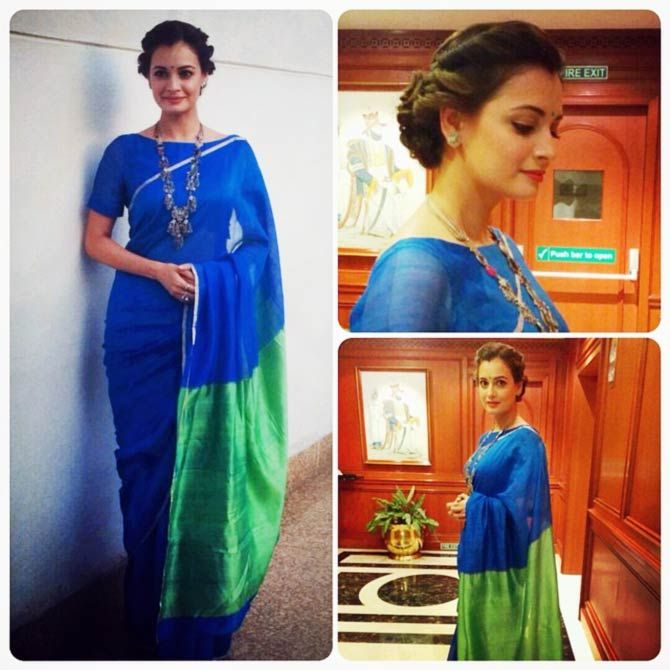 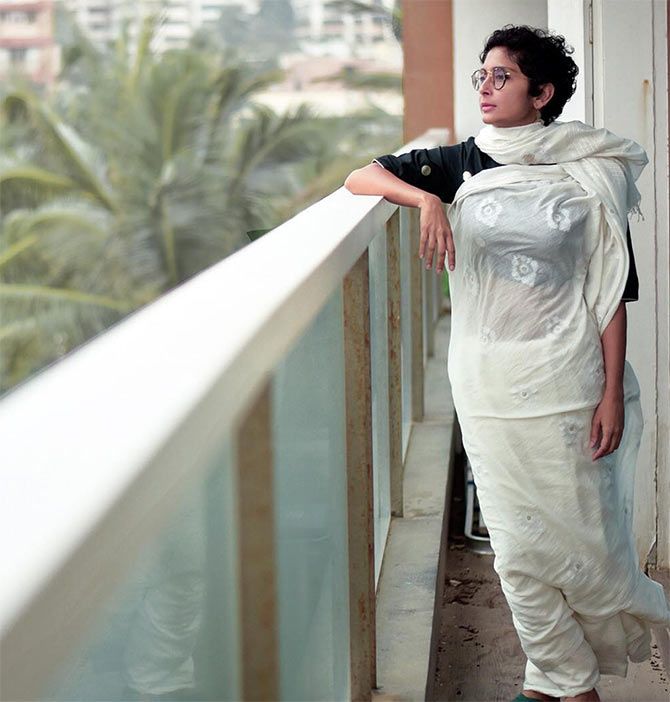 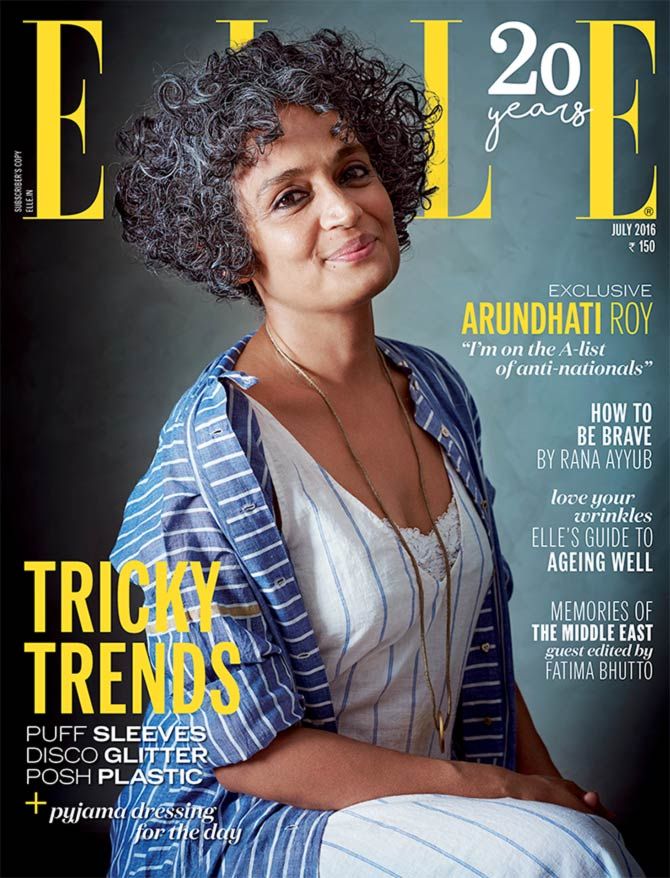 IMAGE: Elle magazine's July cover girl, Arundhati Roy -- novelist, activist and thinker -- swears by handwoven cotton outfits from labels Pero by Aneeth Arora and Rina Dhaka.
In her interview to the magazine Arundhati says, 'Both of them (Aneeth Arora and Rina Dhaka) are part of trying to craft a new aesthetic for us -- the modern women of Here.' Photograph: Kind courtesy Elle 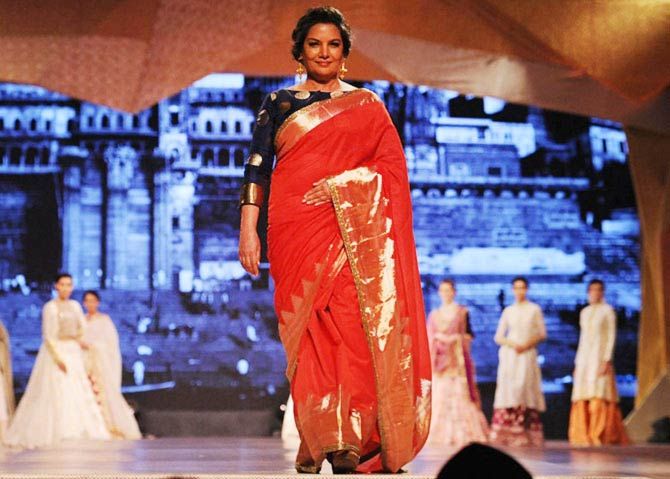 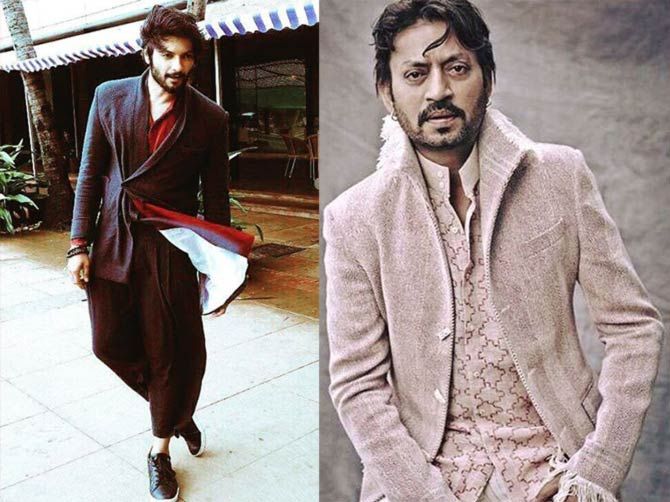 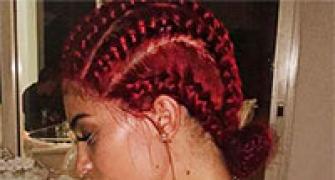 Look who went red HOT on her birthday! 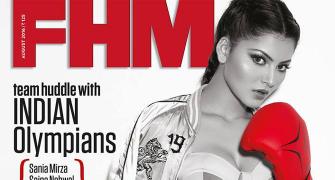 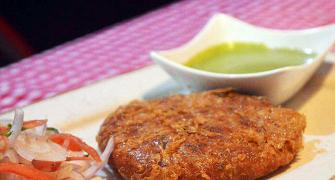 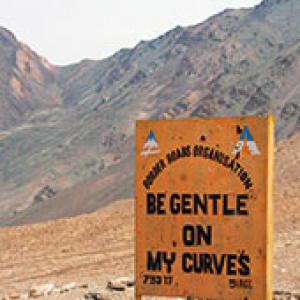 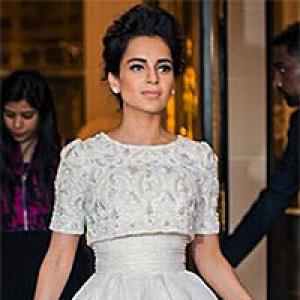