The Indian Who Performed At Cannes!

She's been to the Cannes film festival four times.

But this is the first time 25-year-old Raveena Mehta has performed there.

The talented artiste was invited to sing at the Tiffany's fashion show that was hosted at the Hermitage Hotel, Monaco, as part of the festival this year.

And she charmed the audiences with classics like Whitney Houston's I Will Always Love You and Celine Dion's My Heart Will Go On. Talking about her experience, she says, "It was surreal. It's really beautiful when you see the kind of appreciation they have for the work we do here in India."

Raveena, who was born in Antwerp, Belgium, moved to Mumbai in 2008.

"Moving to Mumbai was the biggest blessing. That's where music became a definitive part of my life."

She released her debut album at the tender age of 12. Since then, Raveena has released two albums and six singles and has worked in over 15 music videos with various artistes like Tiger Shroff (Casanova), Avitesh Srivastava (Yaadein) and Rishi Rich (Jab Tu Hai Wahi). 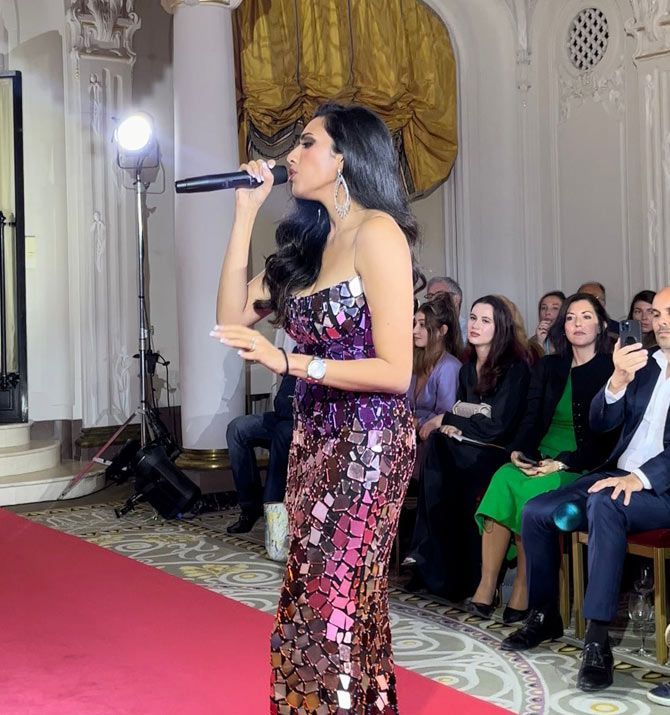 Debuting at the age of 12

I started working on my first album, From Deep Within, when I was 11 years old.

It was released when I was 12 and that was a huge moment for me.

It has been a beautiful journey for me since then.

I used to learn music for two hours a day, four to five days a week.

I started with Sucheta Parte, who was my vocal guru from the time I was seven till I turned 14.

Then, I started training in Western classical and contemporary singing with Kim Chandler, who is based in Spain and London.

My parents supported me and pushed me to pursue my passion.

When that happens, even as a child, you start believing in yourself.

After school, I would finish my homework during the car rides to and back from the recording studios.

I would ensure my schoolwork didn't suffer because education is really important to me and to my family.

Yet, music was too big a passion to not give it my all.

Watch: Raveena sings Whitney's I Will Always Love You

What music means to me

Everything. Music means everything to me.

It's my tranquil space where I can keep discovering myself, keep innovating and keep evolving as a person and artiste.

It's lovely to be able to pursue what you love.

I really hope that everyone out there is pushing towards pursuing what they love because it's really rewarding.

When I listen to their music, I just melt.

Tiger is humble, hardworking and a lovely person to work with.

He's focused on being a better version of himself in every capacity and that's an incredible energy to be around.

He sings so well.

I have worked a lot with Avi (Avitesh is the son of the late composer-singer Aadesh Shrivastava and actress-singer Vijeta Pandit; his uncles are the popular composers Jatin Pandit and Lalit Pandit).

Working together is incredible because we understand each other's musical sensibilities.

There's a lot of Western-Eastern overlap in our sound; that's why it's fun to work together and jam in the studio.

I have sung Tujhse Milne Ki Aas for Mini Films's new Ruskin Bond anthology, Falling In Love Again; this is a Web series that is partly directed by Mohit Suri. It should release mid-June.

I try to maintain a balanced lifestyle and I work out regularly.

I wear boots in Mumbai. People wonder... but if I like boots on a dress, I will wear boots. 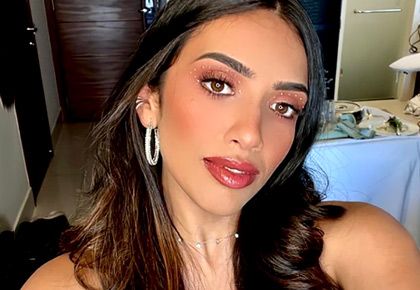 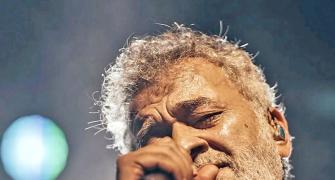 The Magic Of Lucky Ali, Live! 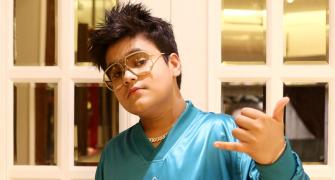 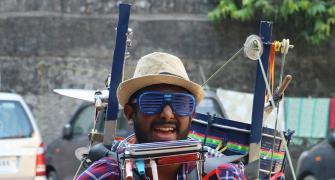