News
Business
Movies
Sports
Cricket
Get Ahead
Money Tips
Shopping
Sign in  |  Create a Rediffmail account
Rediff.com  » Getahead » #SummerTravel: 5 places in India that will inspire you

Looking for travel inspiration as you plan your summer vacation? Here's help.

Looking for the perfect setting for an adventure story? Maybe inspiration for a sonata, or for conceiving the next billion-dollar idea? Or are you just looking to discover yourself?

Places and spaces can not only serve as escapes, but can also elevate, inspire and put us in touch with our creative side.

S Venkatesh, author of the bestselling Kaalkoot:  The Lost Himalayan Secret, tells you the five places that have inspired him as a writer. 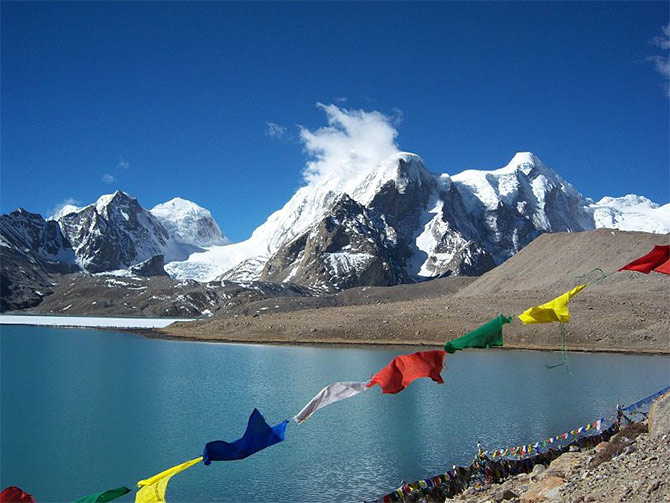 Away from the touristy haunts of the more popular ‘hill stations’ and the overcrowded treks of the northern Himalayas, north Sikkim is one of the Himalayas's best kept secrets.

The road from Gangtok, the capital of Sikkim, to Lachen and Lachung ascends steeply over a few hours, and one cannot help but feel that the air seems purer and the people, more content.

Visitors are asked to dispose off all plastic bottles and containers at a check-post midway to Lachung, almost in preparation for the Himalayas to reveal their true splendour.

North Sikkim has a breathtaking array of vistas to choose from -- the quiet heavenliness of Gurudongmar lake, the quaint beauty of the towns of Lachen and Lachung, the flowery carpet of the Yumthang valley and the snowy stillness of Yumesamdong (Zero Point).

Accompanying the visitor everywhere is the ubiquitous roar of the mighty Teesta river and its tributaries.

If you want inspiration on a platter, this place is it. 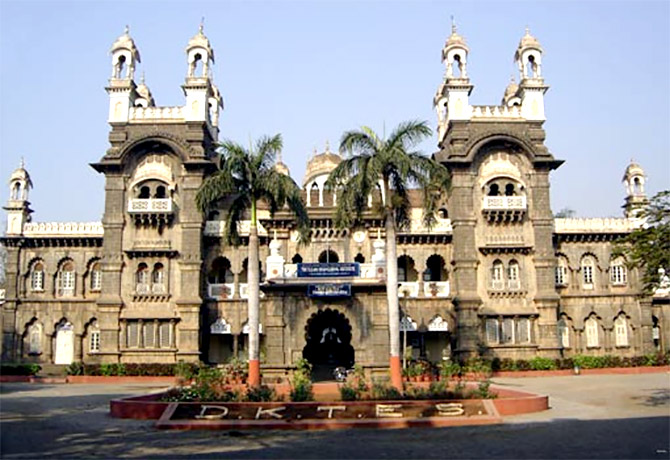 At first glance, Ichalkaranji seems like just another textile town. But dig a little deeper and you will find the strains of pristine classical ragas and tales of glory wafting in through the Rajwada or palace.

Chronicler H George Franks, in his book The Story Of Ichalkaranji, describes the story of the rise of Ichalkaranji in the seventeenth century as ‘one of the most romantic and thrilling tales that the annals of Maharashtra can produce’.

It is the tale of Naro Mahadeo Joshi, a boy from a poverty-stricken family in an obscure village, who rose to become an acclaimed warrior and eventually the founder of the state of Ichalkaranji.

The legacy of the founding dynasty lives on today in the beautiful Rajwada.

The well-maintained palace houses an engineering college and its beauty is enhanced by the gentle activity in its corridors.

The Ghorpade kings were great patrons of the arts and Ichalkaranji is famous for having produced Balakrishnabuwa Ichalkaranjikar, a classical vocalist of the Gwalior gharana (singing style) who is credited with bringing Hindustani music to Maharashtra in the nineteenth century.

Walking into one of the musical performances held here is like journeying to an era when music and the arts resonated with pure passion and commitment, untouched by some of the compulsions that we see today. 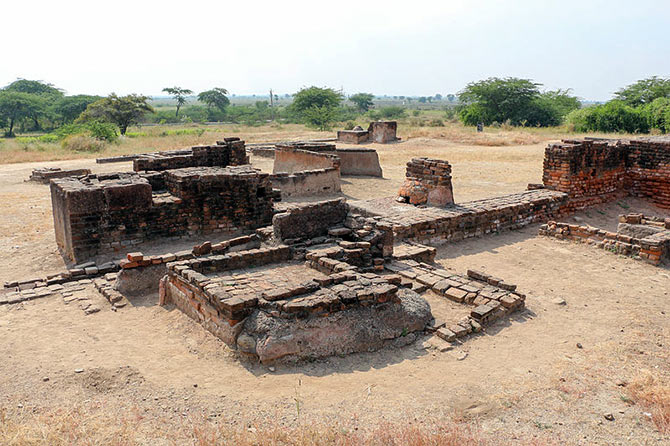 Lothal is 76 km from Ahmedabad and quite easy to get to by road.

Once you reach the site, you are greeted by ruins and a museum and you wonder whether that is all there is to it.

Take a closer look, however, and the significance of what you are seeing starts hitting you. You are at the seat of one of the world’s oldest cities, and probably the world’s earliest dockyard.

Around 2400 BCE, Lothal was a flourishing city, a marvel of architecture and town-planning.

It was also a centre of trade, with a dockyard connected to the Sabarmati river and a trading relationship with kingdoms as far away as Africa.

The numerous artefacts displayed at the museum in Lothal attest to the IndusValley civilisation’s proficiency in metallurgy, art and pottery.

Lothal's glory days are now in the distant past, and the river has changed its course. However, the ruins are still there -- nudging, reminding, warning.

Standing there and contemplating the grandeur of a once-bustling city, one is reminded of the transience of life, almost in the same vein as Shelley’s poem, Ozymandias, about a once-mighty king whose broken statue lies forgotten in the desert.

Interestingly, it is said that Lothal had braved many storms and floods before eventually caving to one of them.

Today, as we marvel at the triumphs of technology even as we confront climate change, should we be heeding history’s lesson? 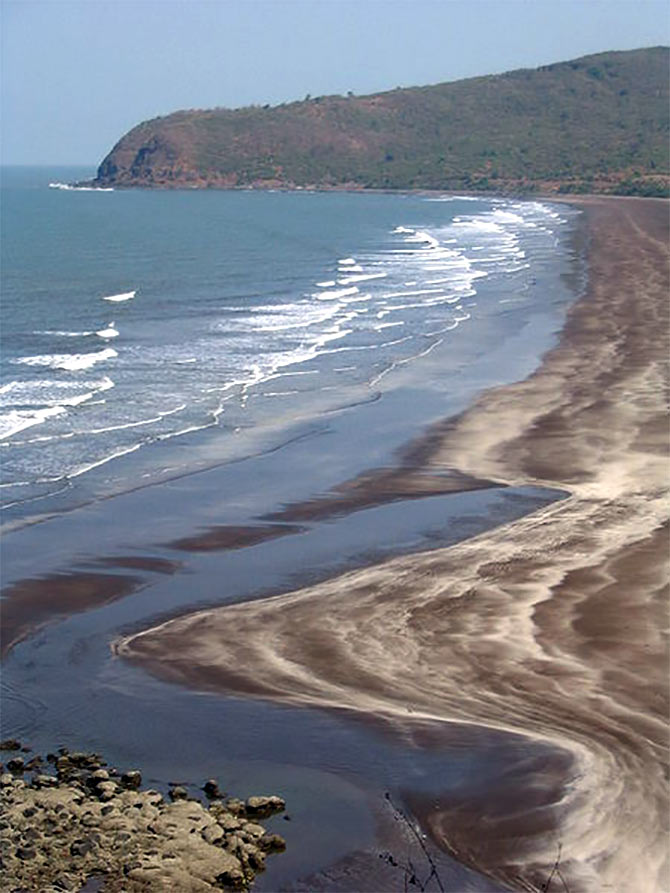 Nestled amidst three hills of the Sahyadri mountain range, lined by the Savitri river meeting the Arabian Sea and boasting of a long beach stretch, Harihareshwar is a picturesque destination along the Konkan coast.

It is also home to a sixteenth century Shiva temple which was the Kuladaivat, or family deity, of the Peshwas.

Following the locals along a parikrama, also known as pradakshina or circumambulation, of the temple, is an act of courage in itself.

The wild sea intersects the narrow pathway at various points and, for a few moments, you wonder if you could get marooned. There is now an advisory against attempting the parikrama during the high tide.

My favourite place in Harihareshwar can be reached by walking uphill past the bustle of the temple, to a cliff which juts out into the sea.

Standing there at the summit, with the sea on three sides and the wind blowing against one's face, the visitor almost glimpses eternity in that poignant moment of timelessness and freedom. 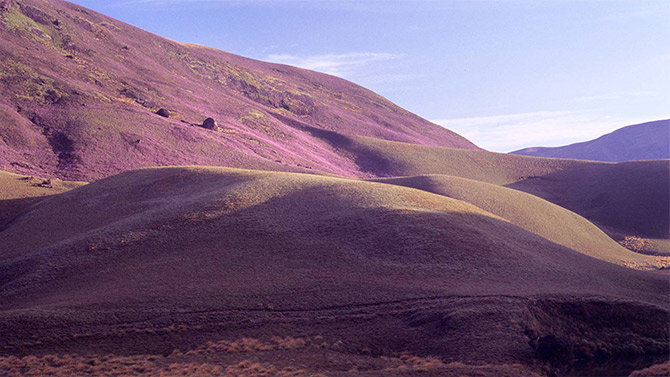 One could spend a lifetime at the Nilgiri Biosphere Reserve and still not run out of inspiration.

Breathtaking in its sweep, the reserve spans three states -- Karnataka, Kerala and Tamil Nadu -- and encompasses within its fold the Wayanad and Sathyamangalam wildlife sanctuaries, and the national parks at Mudumalai, Nagarhole, Bandipur and SilentValley.

The lush green forests, meandering rivers and majestic mountains of the reserve are home to over 100 species of mammals, 350 species of birds and 3,300 species of flowering plants.

Once every 12 years, the Neelakurinji shrub has its blooming season, and its purplish-blue flowers cover the hill slopes, from which the Niligiri -- meaning blue mountains -- derives its name.

The only true way to experience the beauty of the giant game of creation playing itself out in the amphitheatre of this reserve is to let go of the trappings of city life and surrender to the sense of wonder.

As you witness the games of predator and prey, and see life blossoming, decaying and blossoming again, the sense of the forest being a living, pulsating being slowly sinks in.

Along with it also comes a realisation of our insignificance in the face of the vastness and beauty of Nature, a beauty that is fast getting compromised by human intervention.

S Venkatesh is the author of the bestseller, Kaalkoot: The Lost Himalayan Secret. He is the former head of India equity research at J P Morgan, a No 1 rated analyst in Asia at Credit Suisse, a director on boards of various companies and a private equity investor. 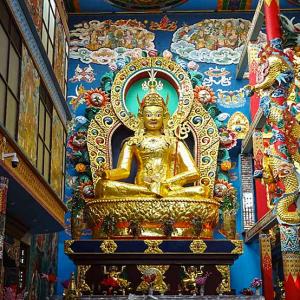 Travel pix: A monastery in Karnataka 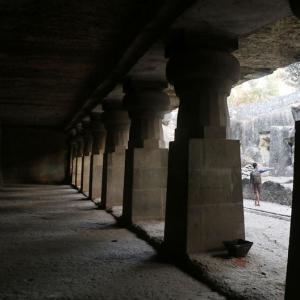