News
Business
Movies
Sports
Cricket
Get Ahead
Money Tips
Shopping
Sign in  |  Create a Rediffmail account
Rediff.com  » Getahead » BEWARE! Top 10 celebs who can give you a virus

BEWARE! Top 10 celebs who can give you a virus Searching for them online will only invite more trouble for you!

Published by Intel Security, this list by McAfee (anti-virus) features American stand-up comedian Amy Schumer as No. 1 -- she is the first female comedian to take up the top spot on this list, which is in its tenth year.

What does it mean? You have to search her name with a lot of caution on the Internet. Be careful if you plan to read the review of her book The Girl with the Lower Back Tattoo or download her movie Trainwreck. You might end up attracting a lot of malware.

The list also reveals other celebs you should avoid searching on Google as it might lead you to a malicious site.

A word of advise: Think before you click anything related to these celebs online. 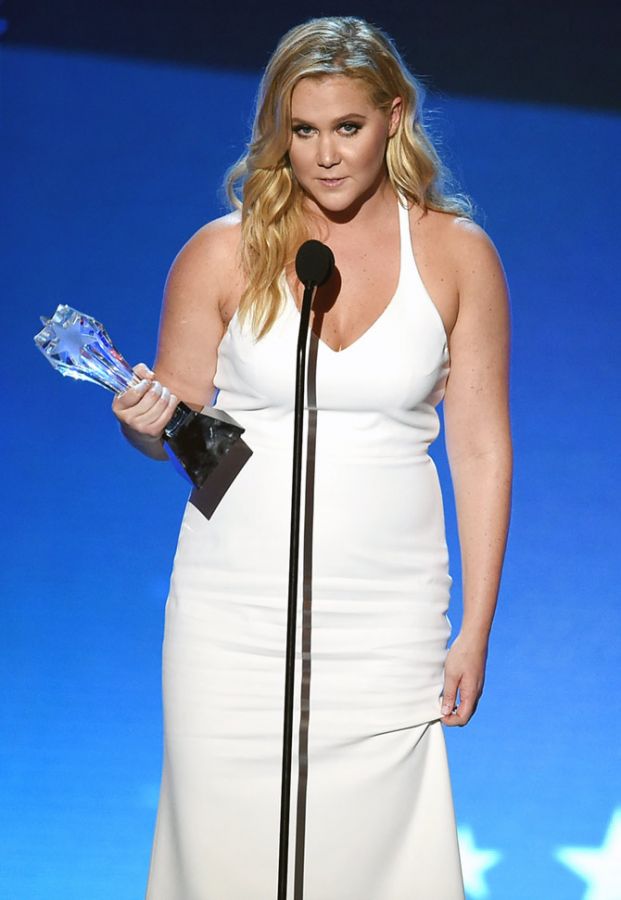 IMAGE: She's funny…she's sexy…she's dangerous. Presenting the funniest woman on this planet and the No 1 celebrity on the list -- Amy Schumer! From No 7 in 2015, the comedian has climbed up the ladder to being No 1 this year.

What are people searching: 1. Her comedy series Inside Amy Schumer is a rage in the US and world over. 2. Her memoir The Girl With the Lower Back Tattoo released in August. 3. She's currently on a world tour. 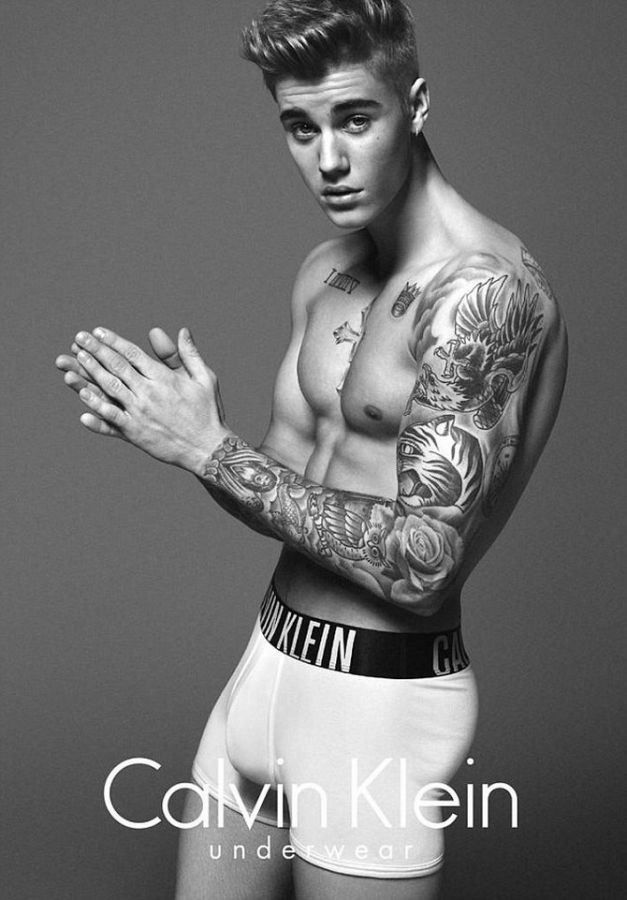 IMAGE: Baby, baby, baby...why are you on this list? The year's riskiest celebs includes chart-topping pop artist Justin Bieber. Due to all the social media attention Bieber has got this year, he quit Instagram, but he's still being searched on the internet and is attracting a lot of malware.

What are people searching: His mighty fall off the stage during his Purpose tour, his latest songs and his ex Selena Gomez's pictures being found in Brad Pitt's phone. 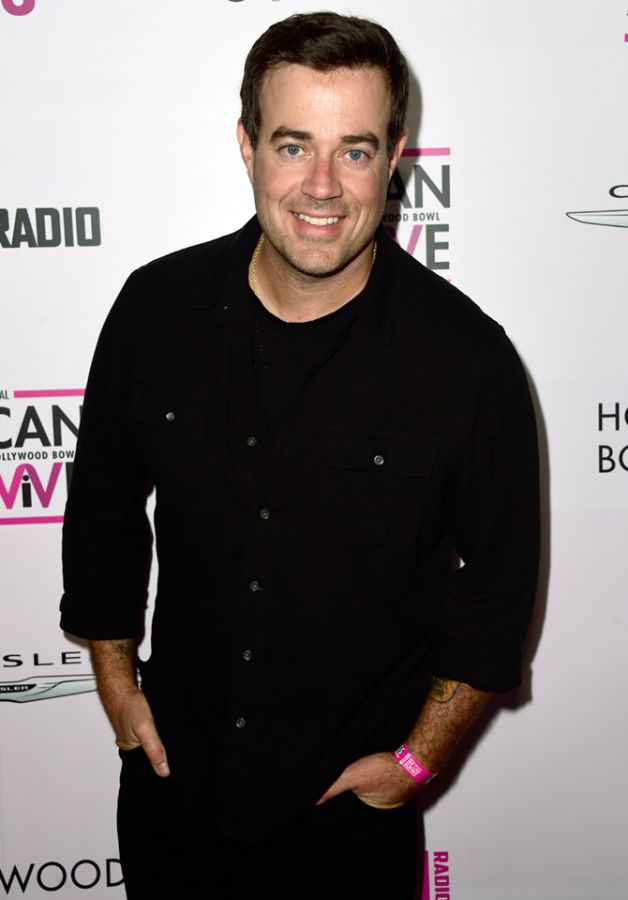 IMAGE: Today show anchor and The Voice host Carson Daly is the third most dangerous celebrity. Cyber crooks know that fans are eager to read gossip online, and that makes celebs like Carson Daly such a potential target.

What are people searching: His talk show Last Call (on torrent or HD Download) which features interviews with high-profile celebrities. 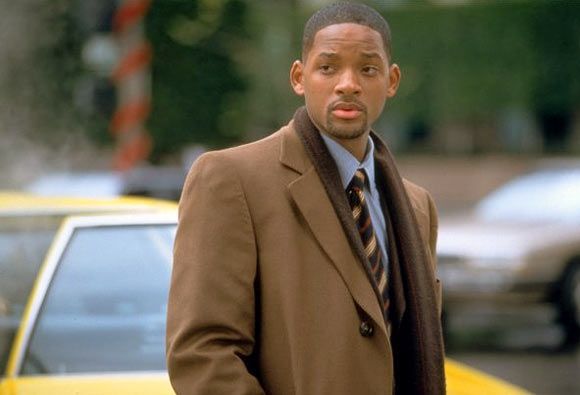 IMAGE: Oh no! Will Smith fans will be very disappointed to hear this. So unlikely to have the tag 'most dangerous' attached to this Hollywood actor. The actor tied on the list with with Carson Daly.

What are people searching: The trailer of his latest movie Collateral Beauty and Hollywood film Suicide Squad.

Photograph: Will Smith in Enemy Of The State 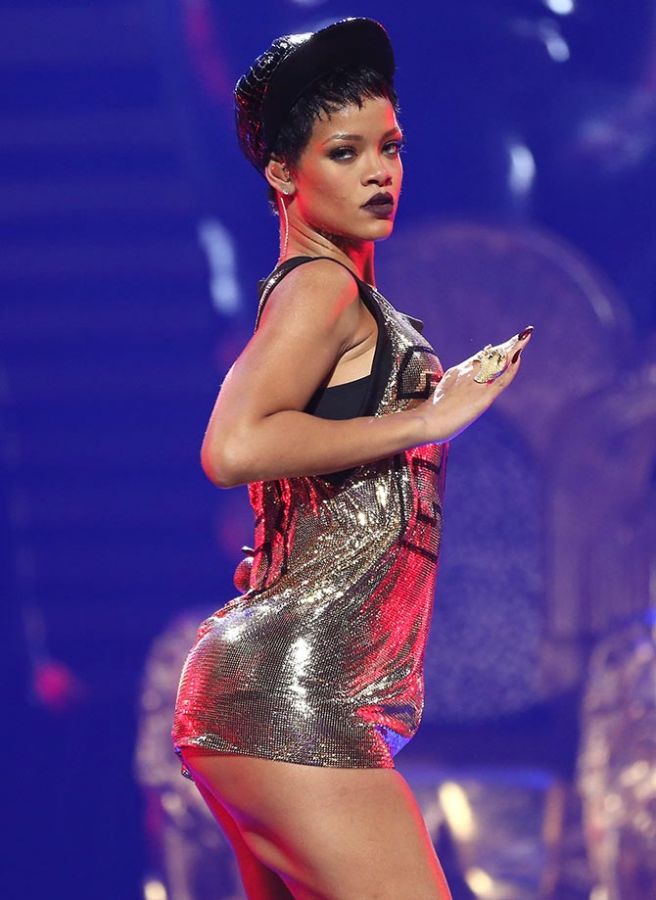 IMAGE: Clearly Rihanna doesn't know what's happening behind her back! The singer was No 12 in on the list in 2015. But she seems to have become more popular with hackers now.

What are people searching: Her latest songs (including Sledgehammer and Desperado) and music tours. 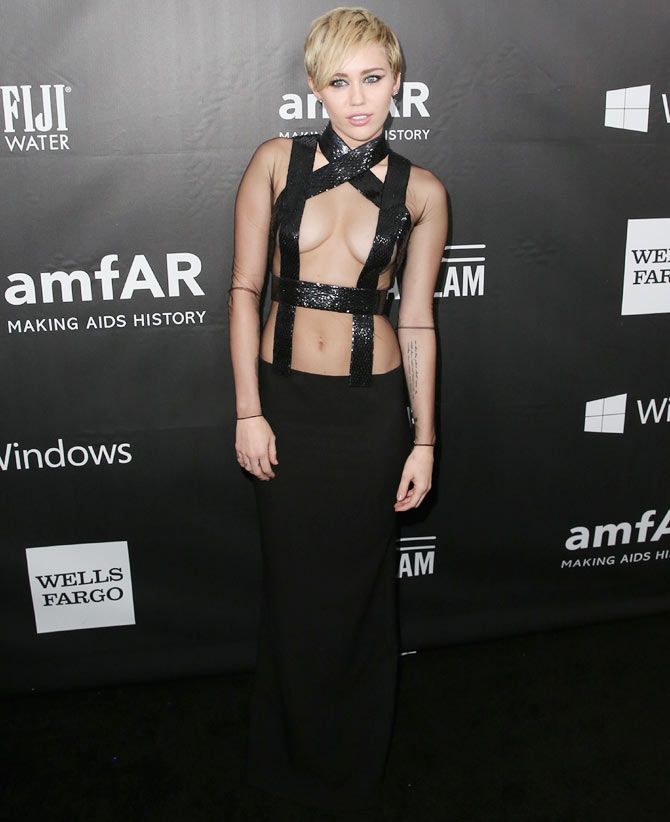 IMAGE: Miley Cyrus is clearly the wackiest singer of the decade. She has scared off fans with her wacky outfits onstage. Now she's scaring them on the Internet too!

What are people searching: Her red-carpet appearances, music tours and latest songs. She also unveiled a new song on Instagram. She broke the Internet with the news that she is returning to acting with a Woody Allen movie. 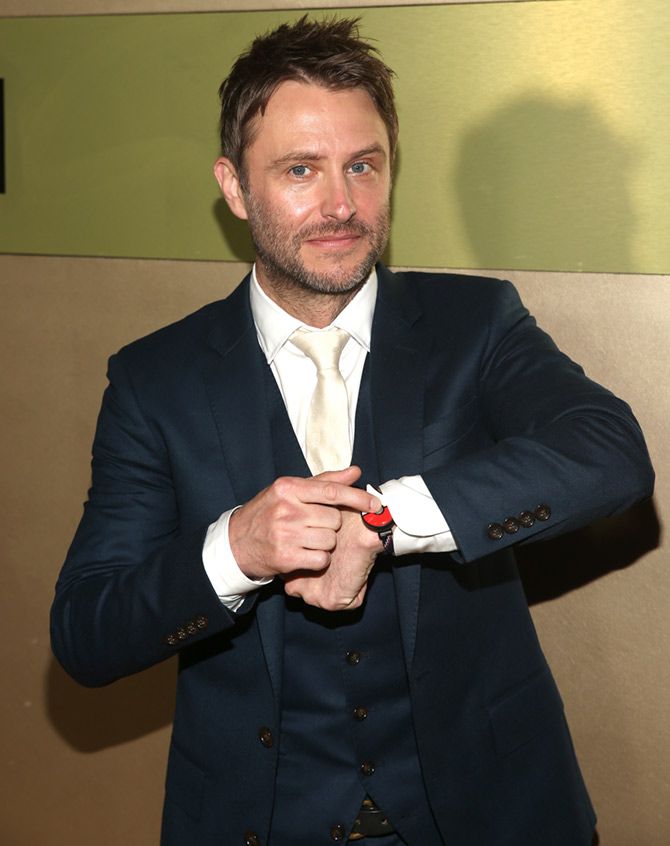 IMAGE: Is Chris Hardwick timing his next explosion? Oh wait! He's actually checking his comic timing. This stand-up comedian is known for being super excited about everything coming his way, and we're sure this list is not going to disappoint him!

What are people searching: His show Talking Dead and @midnight with Chris Hardwick. 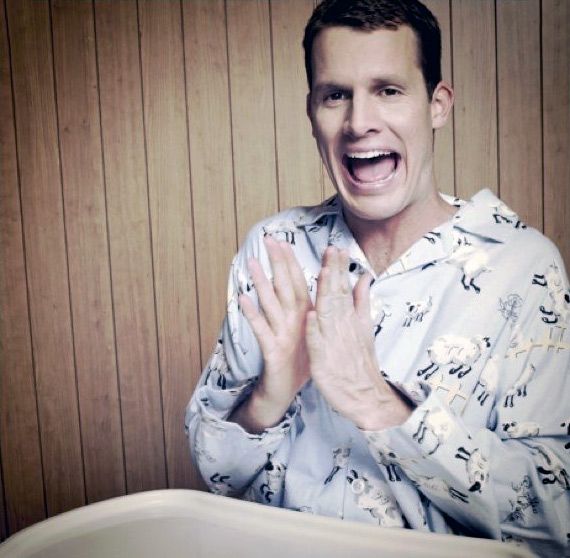 IMAGE: Daniel Tosh seems to be the happiest with this list. Wondering why? Because this West-German American comedian has always embraced controversies, and this list is definitely going to help him sell more tickets for this next show. Maybe, it would give him an excuse to poke fun at the people at McAfee!

What are people searching: His stand-up comedy shows on torrent. 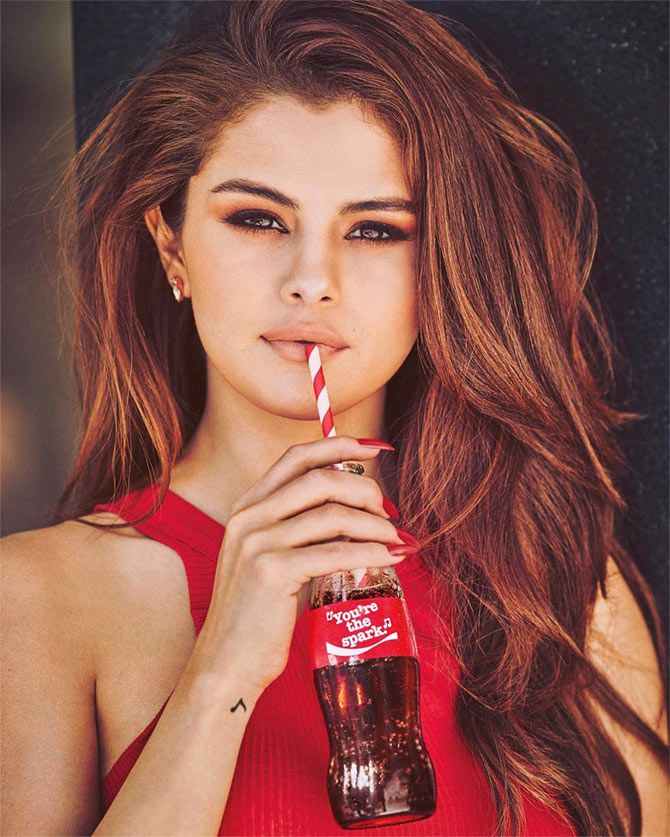 IMAGE: It's good to be a beauty with a dangerous streak, right? Earlier this year a picture of the singer (above) had garnered 4.4 million likes on Instagram, making it the most-liked Instagram pic of all time. That could well be one of the many reasons she made it to the list.

What are people searching: She has been in the news for all the wrong reasons. 1. She recently checked into rehab. 2. Her pictures, which were found in Brad Pitt's phone is rumoured to be the cause of the BradAngelina break up. Her fans have been watching her videos and songs on torrent sites. 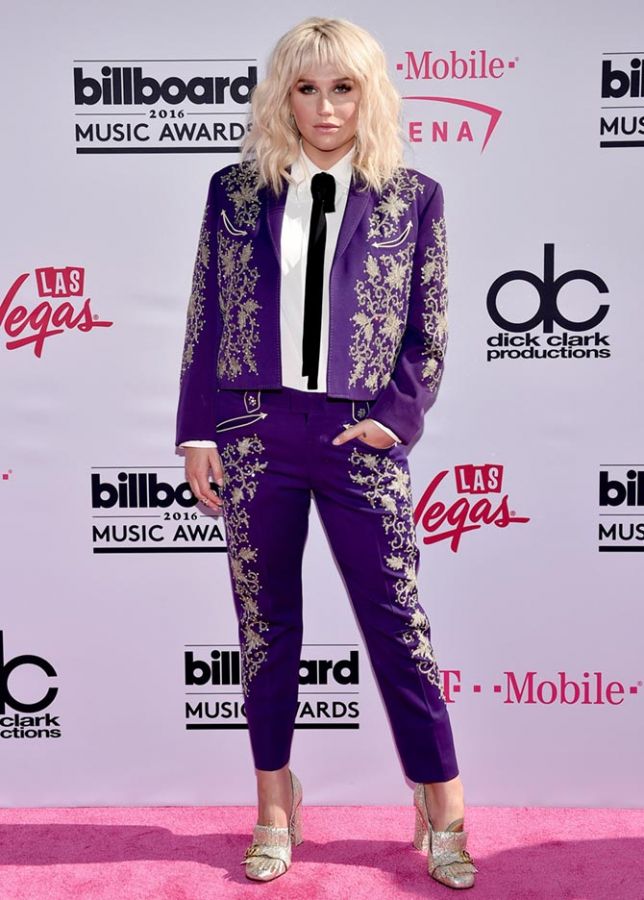 IMAGE: With that blonde hairdo singer Kesha can scare the living daylights out of anyone. She tied with Selena Gomez to round out the list of the top 10 most dangerous celebs to search for online.

What are people searching: Her video performance at this year's Billboard Awards, her back-to-back music tours and her sexual assault case against producer Dr Luke.

*Indicates the risk of searching for the celeb on the Internet and connecting to a malicious website. 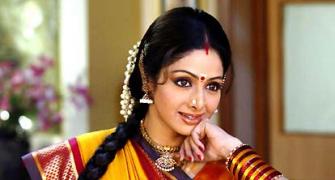 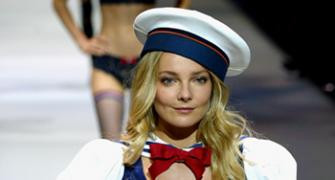 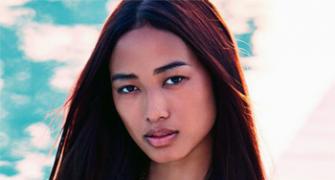 10 reasons why we love this model 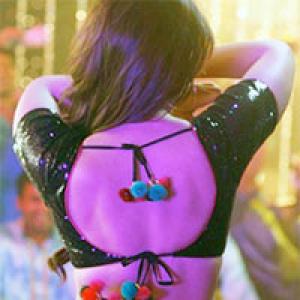 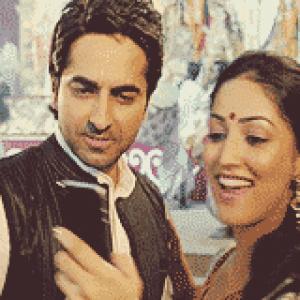