The celebrity designer has revealed that actors Jacqueline Fernandez and Aditya Roy Kapoor are his new muses.

And men, he has something special for you in his next collection! Both Jacqueline Fernandez and Aditya Roy Kapoor have showstopped for Manish Malhotra before.
Photographs by Hitesh Harisinghani/Rediff.com.

Malhotra, who will be showcasing his collection on the last day of the fashion extravaganza, said, "My closing show at LFW will for the very first time I present bespoke suits for men.

"After a successful menswear show at LFW a few seasons ago, the new collection is a step forward through a renewed focus on the segment. The pieces have been given a modern twist keeping it traditional and festive at the same time."

The designer, who is known for his vibrant and festive colours, has made a switch to black for his new line: "For the first time we have also used black extensively in the collection. The range, by using straight lines, flowy fabrics and low cuts, accentuates the sensuality of women."

Malhotra also revealed that his new muses are Jacqueline Fernandez and Aditya Roy Kapoor, both actors who have showstopped for him before.

Here's a sneak peek into Malhotra's 'Tales of Indulgence': 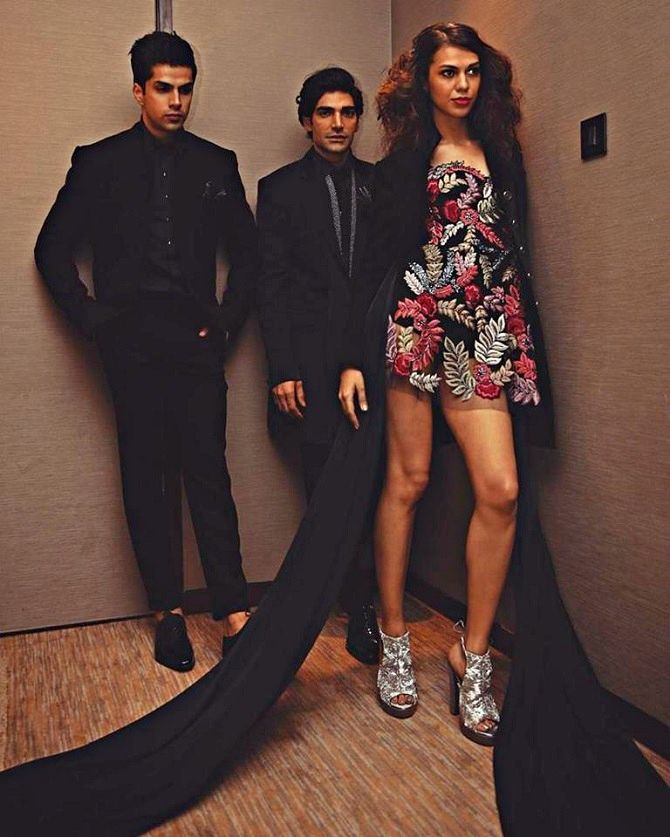 The designs span evening-wear, club-wear and festive wear, which have been created using varied textiles and textures.
Photograph: Courtesy @mmalhotraworld/Facebook. 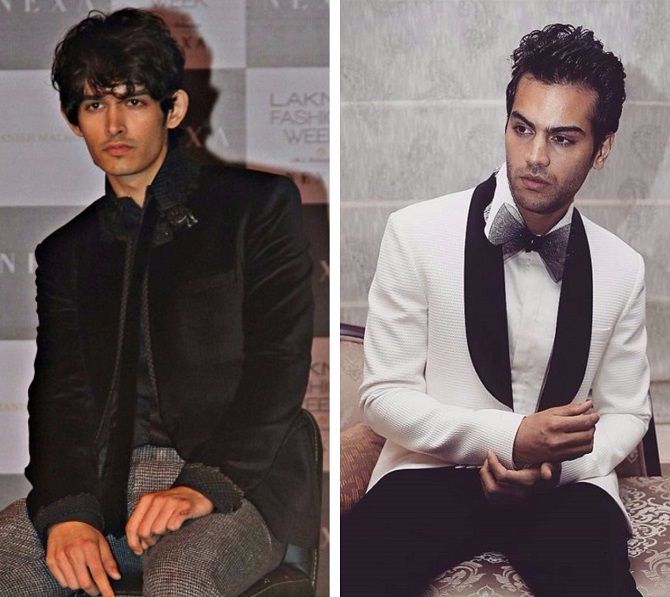 IMAGE: Malhotra says with this collection he will also "introduce a bespoke tailoring service" at his stores in New Delhi and Mumbai.
Photographs: Pradeep Bandekar and @mmalhotraworld/Facebook. 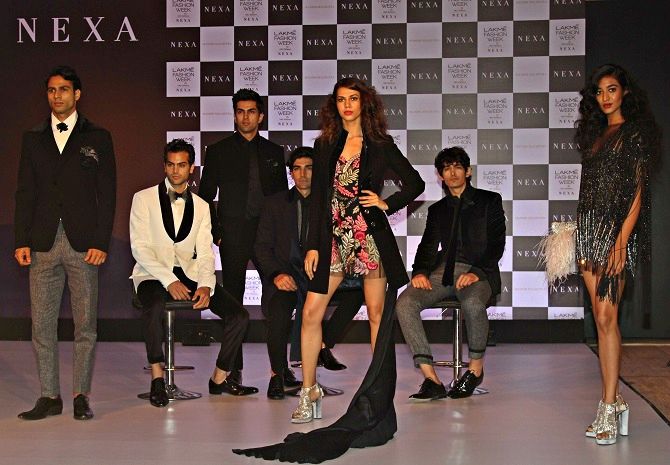 The show, presented in collaboration with NEXA, will also have evening-wear and cocktail dresses for women. Photograph: Pradeep Bandekar. 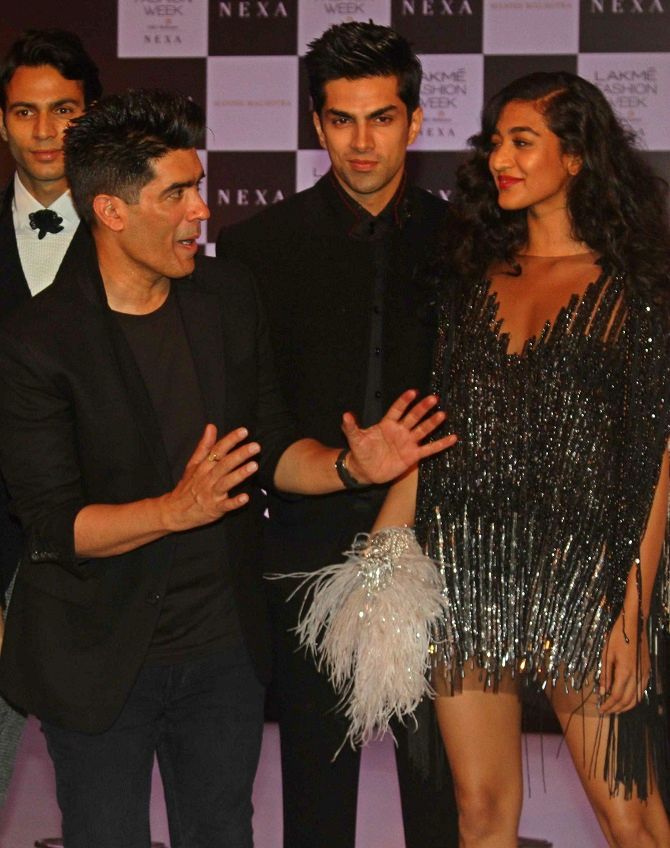 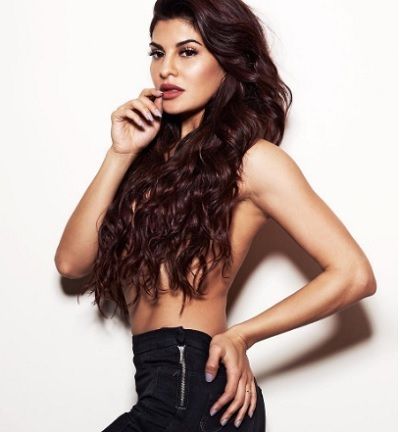 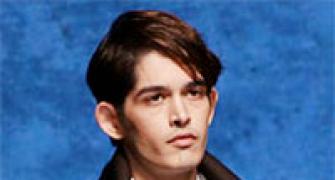 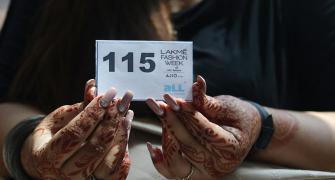 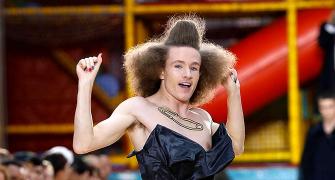 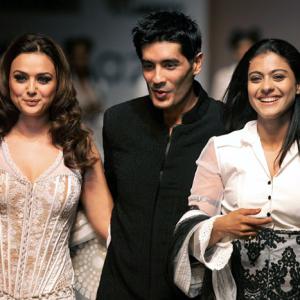