Malaysian Government officials have issued a series of pointers to parents, which they claim are telltale signs of homosexuality, amongst them is the wearing of a V-neck sweater as well as a preference for sleeveless T-shirts.

They go on to add that teenagers who wore tight, light-coloured clothes and possess a 'chiselled' physique are also inclined to be gay, the Daily Mail reported.

The so called tell tale signs were issued by Teachers Foundation of Malaysia and backed by the Government.

Ten seminars have so far been held in the country, where the how-to-spot gay tendencies were delivered to parents.

More than 1,500 people turned up to hear Zarkashinot say the guidelines were being issued to help children stay away from 'unhealthy activities'.

Homosexuality is illegal in Malaysia and has been described as being against the 'order of nature'.

Is being a homosexual a crime? Tell us your views here: 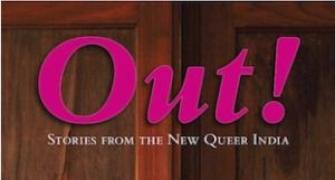 POLL: What is YOUR take on homosexuality?

'I'm confused about my sexuality'

I'm gay; and that's OKAY: A coming out story