The Tesla founder's mother Maye Musk is who we all want to be when we grow up.

Pssst... Even New York Fashion Week can't get enough of her! 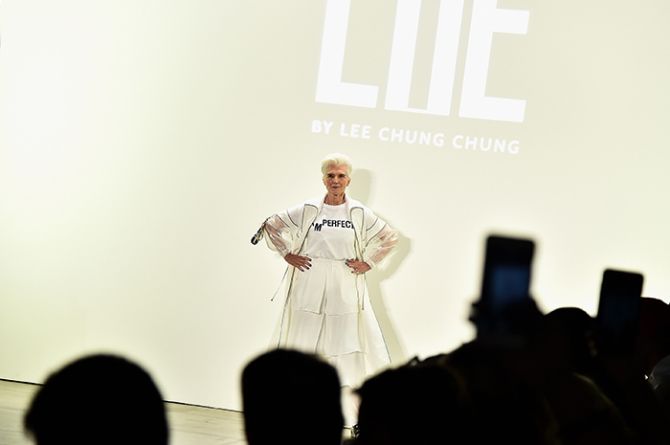 Supermodels Kendall Jenner and Gigi Hadid walked down the runway together.

Kendall Jenner even picked up the Daily Front Row's 'Fashion Icon of the Decade' Award.

Supermodel sisters Gigi and Bella Hadid also walked down the runway together.

But the model everyone at New York Fashion Week can't get over is a 69-year-old mother of three and grandmother of 10.

She is Maye Musk. Yes, the very same Musk. She is the mother of Tesla founder Elon Musk. 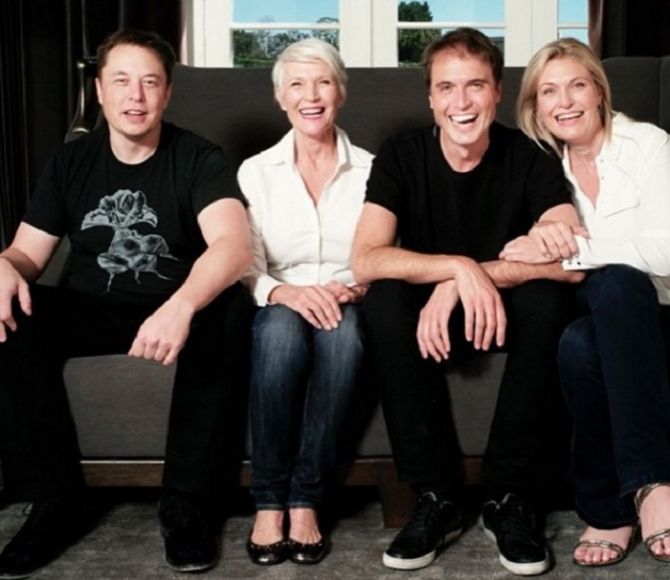 Maye Musk with her children -- Elon, the eldest, is the fonder of Tesla; Kimbal, her second son, is the founder of a chain of farm-to-table restaurants, and her daughter Tosca, 43, is a filmmaker.
Photograph: @mayemusk/Instagram.

Maye Musk started modelling when she was 15. Those were the 60s and, as she told The Hollywood Reporter, 'I was told it would all be over by 18. So, this is a complete surprise, a happy surprise at 69.'

For decades, she has worked as a nutritionist and as a model.

'She's appeared on billboards in Times Square in commercials for Virgin America and Target,' AFP said, adding Musk's revelation: 'Nobody knew it was me because I did not have a name out.'

Things are different now. Musk is a world famous name, and Maye has been signed on by IMG, one of the world's top modelling agencies and one that manages names like Gisele Bundchen, Mirande Kerr, and Stephanie Seymour. 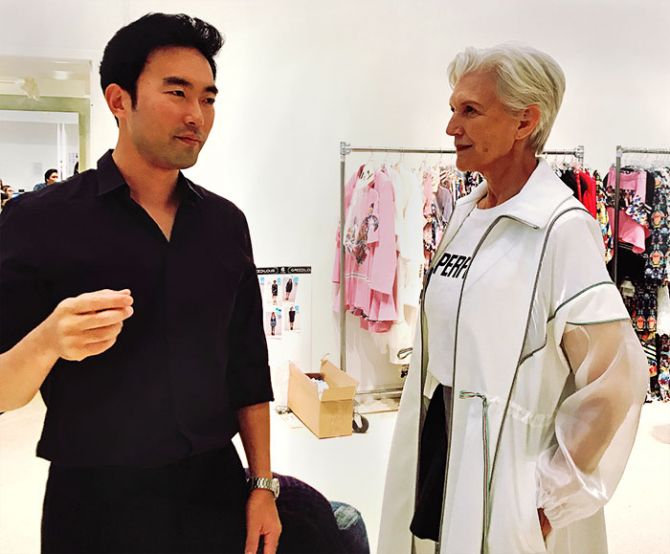 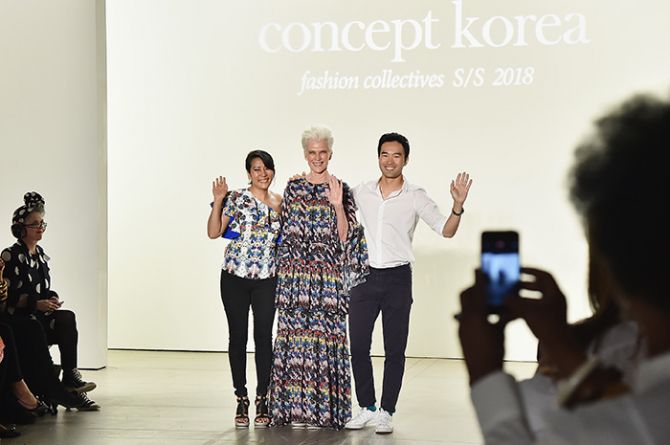 Maye Musk told AFP, 'I appreciate every last bit. All the people really love us [older models]. I think designers are figuring that out... They just want to show there is diversity and that they appreciate older women and why not? Everybody has a mother and a grandmother.'

And according to her Instagram bio, she is #justgettingstarted.

Scroll down to get a full measure of Maye Musk's awesomeness... 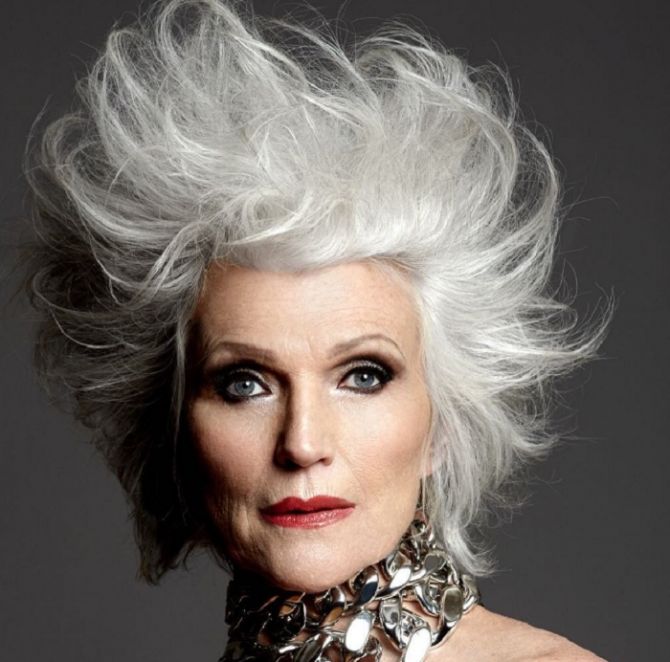 Her couture style is edgy 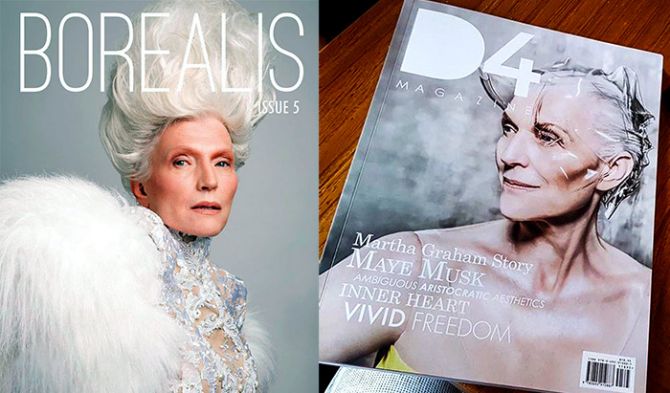 But it is her personal style that we dig 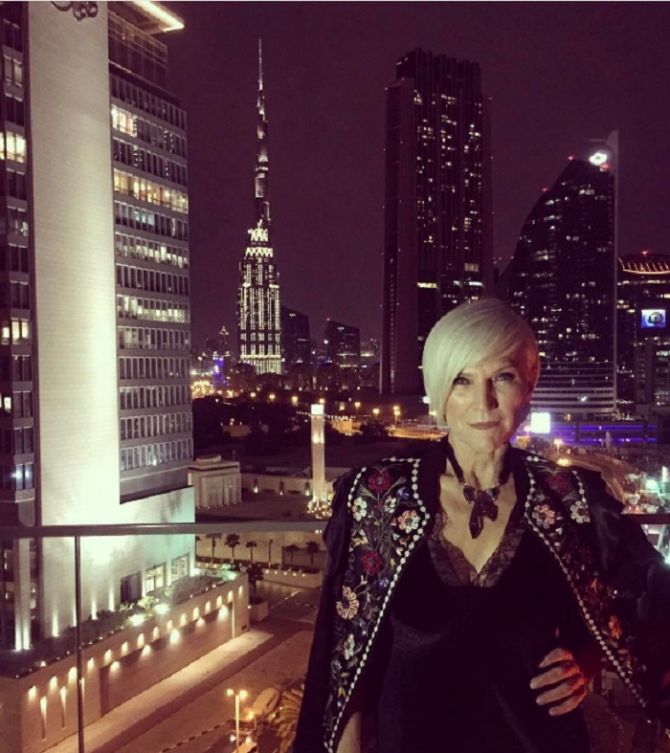 She is sensational on the red carpet 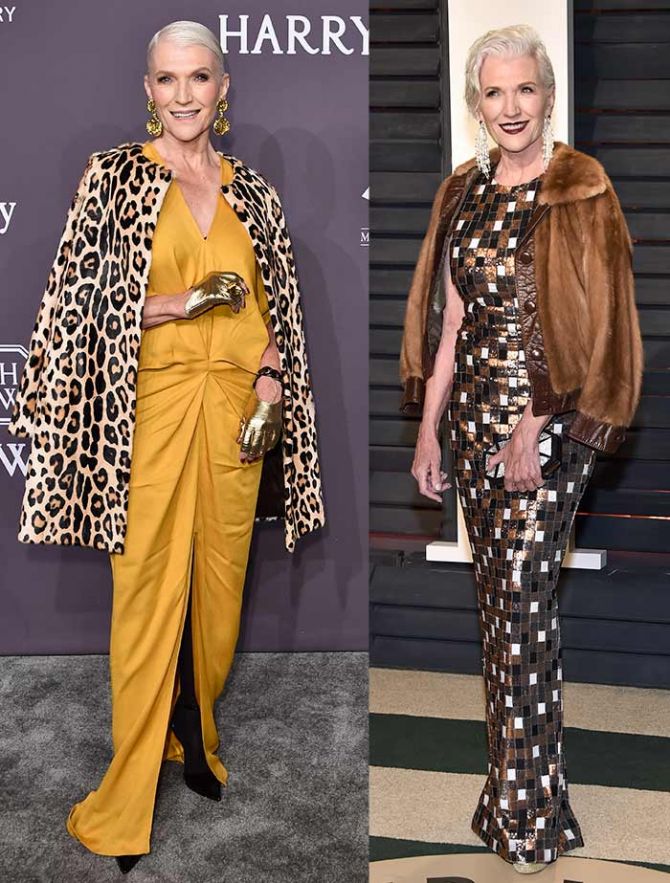 Even Kim Kardashian is a fan 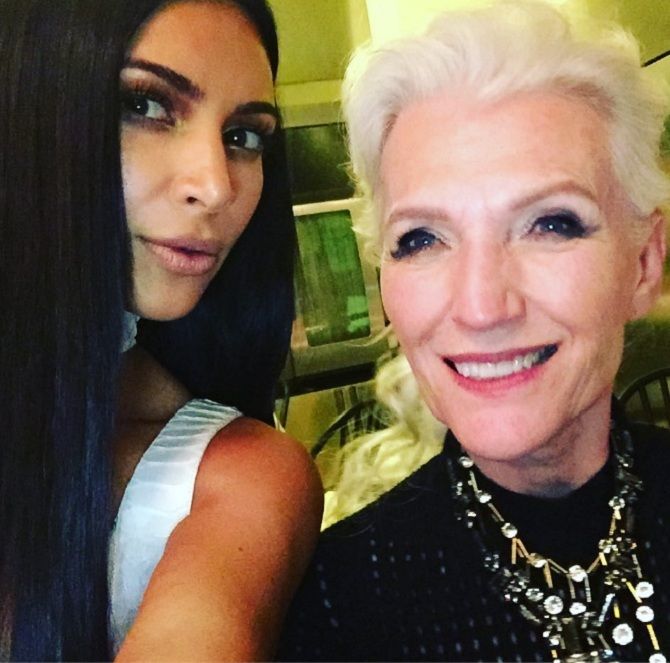 She has a 'huge laugh' 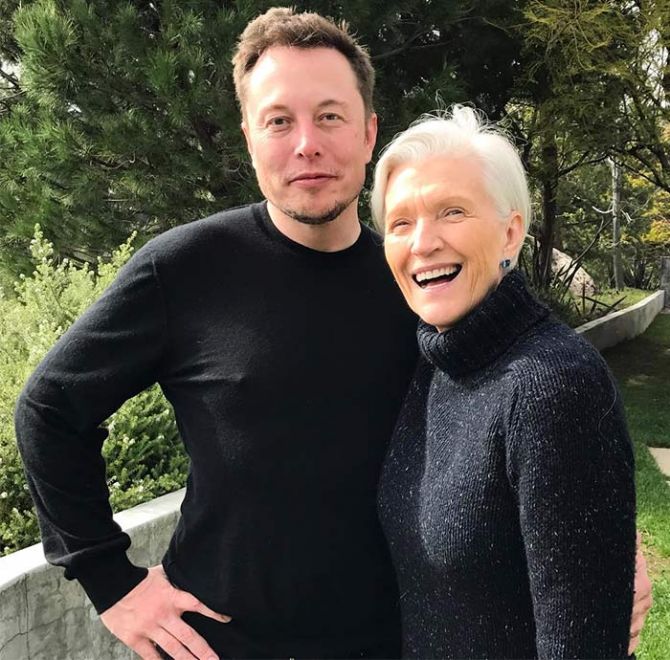 She is totally cool with her twin's pet python 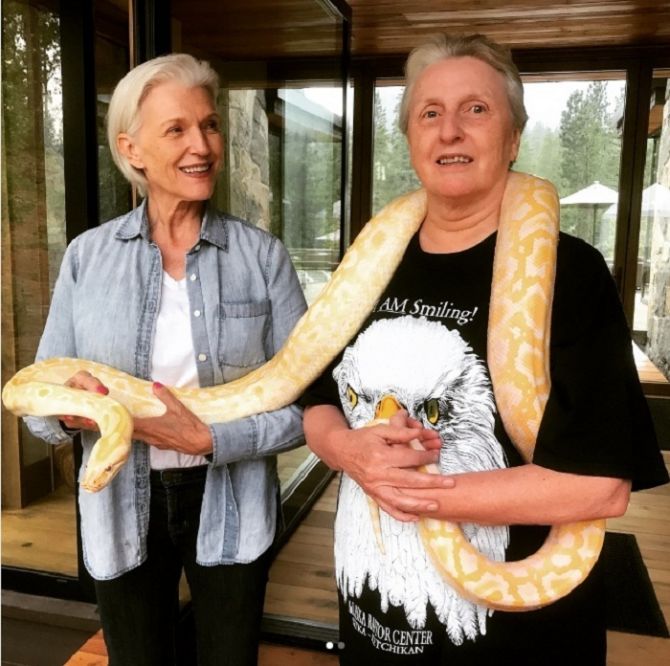 She is tech savvy 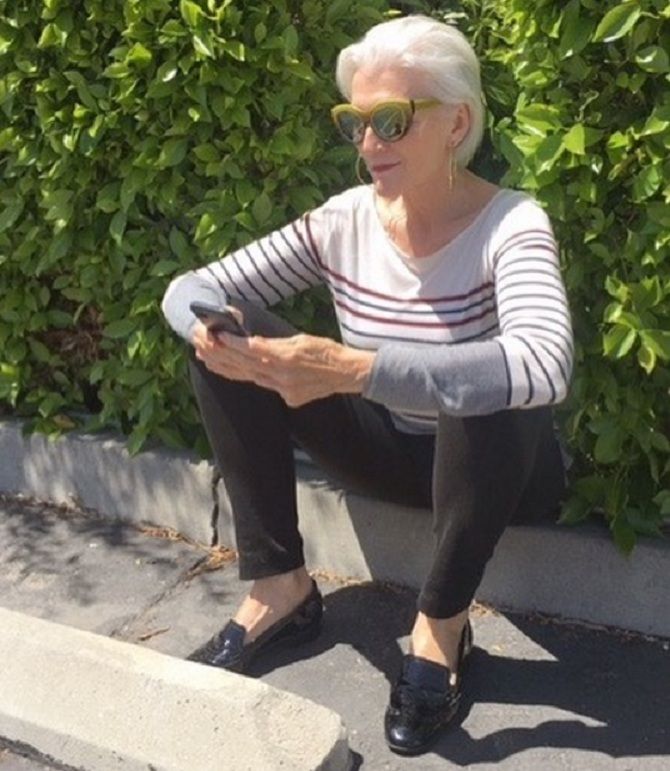 And she cares for the environment by driving -- or being driven around -- in a Tesla :) 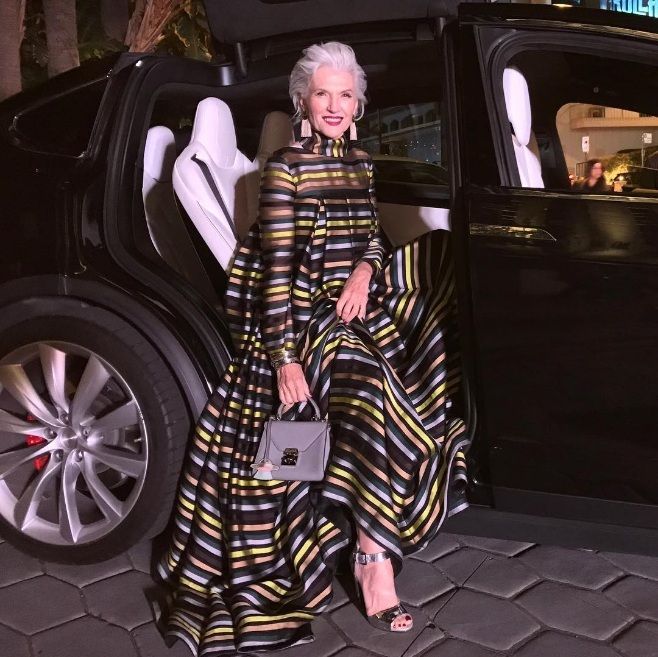 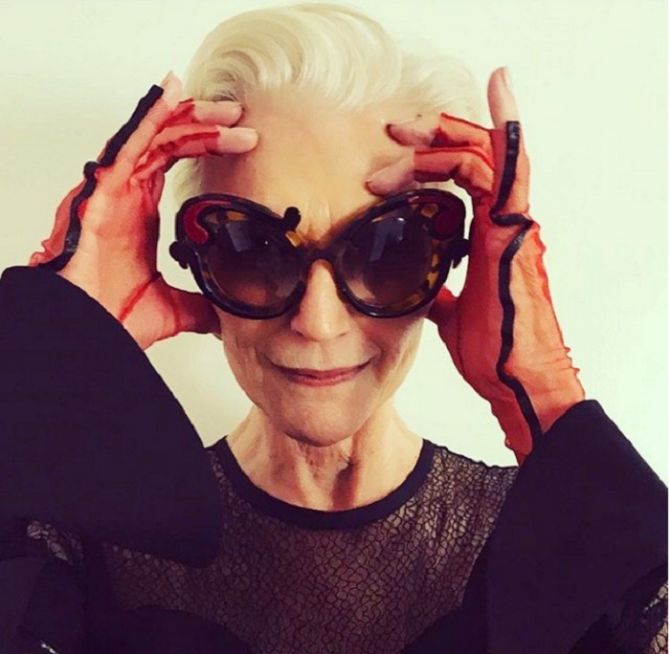 Recmmended for you: The 18-year-old Indian model that IMG picked 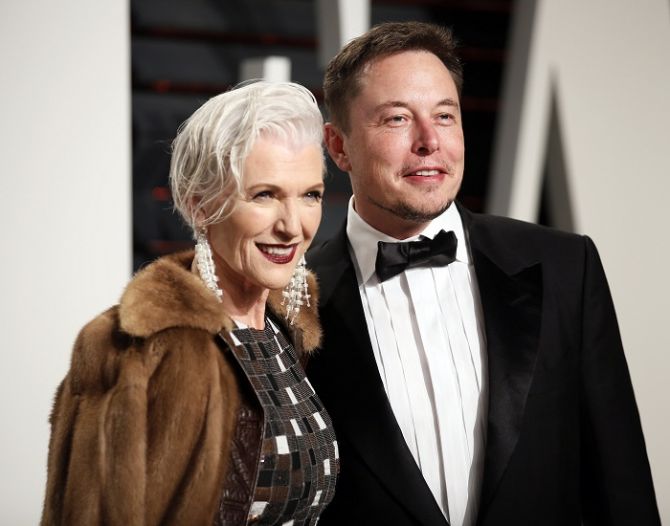 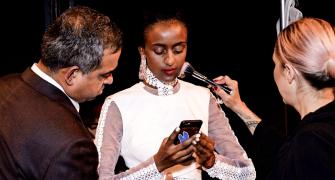 8 months after bankruptcy: The designer who dressed Michelle Obama 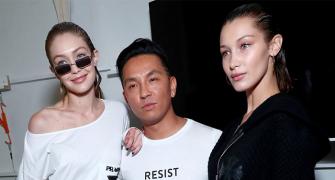 Is this the sexiest sister act? 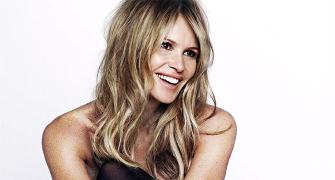 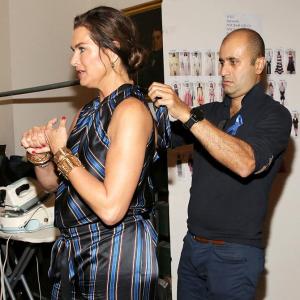 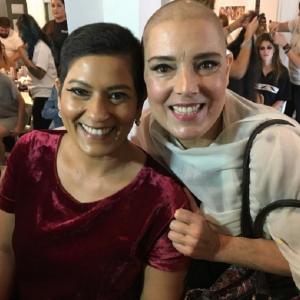 The story of these breast cancer survivors will make you smile