Priyanka, Nick get their Simpsons caricatures

The Quantico star took to Instagram to share the two cartoons that were a play on their twin wedding. 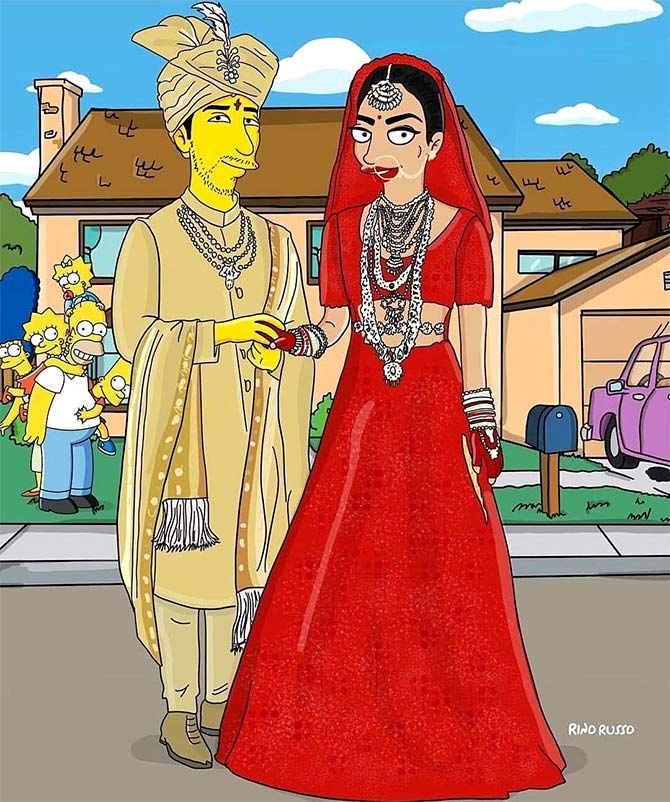 IMAGE: A caricature of Priyanka Chopra and Nick Jonas with the Simpsons. Surprisingly, in this artwork, Priyanka's skin tone is not yellow, but a light brown instead. Photograph: Courtesy Rino Russo/Instagram

Priyanka Chopra and Nick Jonas now have their own Simpsons caricatures courtesy ;The Simpsons illustrators, Stefano Monda and Rino Russo

The actor took to Instagram to share the caricatures, which were a play on their twin wedding in Jodhpur.

The caricatures showcase the couple dressed for their Christian and Hindu wedding. 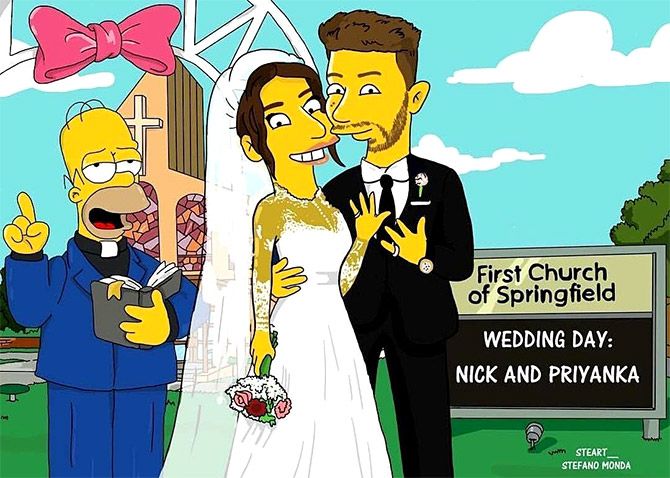 IMAGE: A caricature of Priyanka Chopra and Nick Jonas from their Christian wedding, which took place on December 1. Photograph: Courtesy Stefano Monda/Instagram

In the first artwork, a scene from the Christian nuptials -- here officiated by Homer Simpson -- Priyanka and Nick can be seen standing in an embrace showing off their rings.

A board titled, 'First Church of Springfield -- Wedding Day: Priyanka and Nick', is also visible in the cartoon.

In the second artwork, which is from the Hindu wedding, the couple can be seen holding hands. In the background, you can spot the entire Simpsons family -- Homer, Marge, Bart, Lisa and Maggie.

Priyanka shared the caricatures on Instagram and captioned the photo: '#simpsons', with a heart emoji. 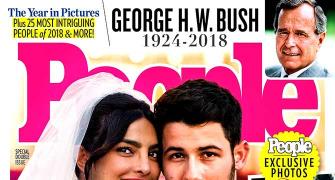 Everything you need to know about Priyanka's wedding gown 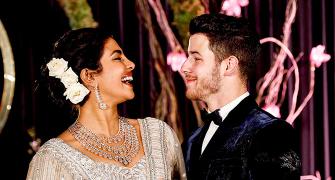 The story behind Priyanka's showstopping lehenga 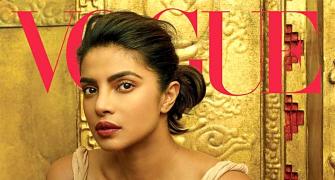 Like Priyanka's reception look? Meet the designer behind it Why Priyanka, Saina picked blue for their special day