Our country recorded 24,771 dowry deaths in the last four years, as per the National Crime Records Bureau data. 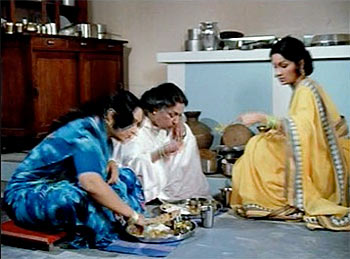 I came across an article last week that listed ways to become an 'ideal' daughter-in-law.

It advised women to adjust, learn to cook and basically give in to demands of their in-laws.

As an educated married woman, I was appalled.

In an age where women are already fighting for their right to dignity and safety and where the Supreme Court has to step in and make an observation that daughters-in-law cannot be treated like housemaids, this article was like salt to the wound.

I couldn't help but wonder, was India really that tough a country for daughters-in-law?

I have seen many cases, including my own where mothers-in-law are caring and affectionate.

But then there are also those cases where adjustment is completely out of question.

So why does this happen in our so called 'modern society'?

We tried to decode some ideologies that lead to psychological, financial and in some cases even physical abuse of daughters-in-law in India.

Mumbai-based psychiatrist, counsellor and motivational speaker Dr Hemant Mittal pointed out few social-ills that make it difficult for daughters-in-law to be happy in their marriage.

The onus of taking care of older parents is still on sons, mostly because many parents prefer it that way.

This means that daughters-in-law are automatically expected to follow suit, irrespective of whether they have adjusted to their new home.

Dr Hemant Mittal, psychiatrist and motivational coach says, "I have seen many cases where the husband and his parents like to discuss things in the absence of the daughter-in-law, because she might not understand their family issues.

"The irony is that when I asked some of these people what they thought about untouchability, they had really amazing answers, but failed to recognise the same behaviour in their own home!"

2. Lack of guidance through the adjustment phase

While it is natural to take time to adjust to a new home, the Indian society apparently expects a new bride to do so within a few days.

However, this often leads to anxiety and irritation.

Dr Mittal explains that most people do not understand that lack of adjustment time given could lead to an adjustment disorder.

"This disorder leads to high levels of sadness, fear, depression and anxiety, if the adjustment phase fails.

"In majority of cases this disorder requires medicines for cure," he says.

He adds that in India most women are given just a few days or months to adapt to their new life.

"Sadly,during this time, nobody guides her. And to add to insult, many women are suggested to become mothers to make everything alright." he says.

Whether it is done openly or covertly, people continue to oblige the daughter's in-laws with money or property.

Infact, as per the National Crime Records Bureau data, the country recorded 24,771 dowry deaths in the last four years.

Dr Mittal says, "It doesn't matter how rich or powerful you are. It takes a lot of inner strength to stand against the regressive thought process of society and not many people want to tread this path."

Many times, the daughters-in-law may have to face insecurities of her in-laws. This manifests from the fact that parents feel separation anxiety from their son.

Dr Mittal says, "This happens because the parents feel that they 'invest' time, money and love on their son, they expect him to behave like their obedient five-year-old kid.

"But because he starts making his own rules post marriage, it upsets the parents."

5. Differential treatment to own children

Daughters-in-law are also meted differential treatment when a son or daughter is involved.

They may be given more preference along with the son-in-law, in case the daughter is married.

"Daughters-in-law many also have to face comparisons between them and their sisters-in-law and deal with that pressure and anxiety on a daily basis," explains Dr Mittal.

Dr Mittal explains that although it's not true for all, in many cases men take a longer time to mature and understand the complications and requirements of their marriage.

"Most don't display the maturity to understand the emotional and social responsibility they have towards their wife.

"They are not ready to accept the changes that life demands once they get married and therefore, sadly cannot stand up for their wives," he explains.

Although these are major reasons for turbulent relations between a daughter-in-law and her new family, there are still ways to prevent these from happening.

Ways to create a loving bond with in-laws

Dr Mittal lists some of the more practical ways to encourage and create a loving bond between a new bride and her new family.

Modern couples often visit a counsellor suggested by online matrimonial sites, but more often than not they end up being agony aunts.

It's best to consult a professional counsellor who can analyse their personalities and suggest specific tips to create a loving bond.

"This would help erase any negativity against the new family that they may have heard or learnt from the society," says Dr Mittal.

The husband must take the responsibility of not discriminating between his mother and wife.

Similarly, the girl must take the responsibility of understanding and adjusting to her new environment without any preconceived notions.

Adequate adjustment is needed by the new bride as well as the in-laws.

"Spending time in letting the daughter-in-law know of certain rules or ways to go about things, is one important way.

"Give her the time to adjust and not be in a hurry," says Dr Mittal.

The best way to generate camaraderie and love between two families or persons is to interact in uncommon scenarios.

"Families should go out and try to find out about each other's likes or dislikes. They should also engage in fun activities together.

"This will create a loving bond and they will get to know each other better," says Dr Mittal.

Develop ways to communicate your feelings, whether it's with your husband or the mother-in-law.

"If you live in a joint family and want to share something with your husband in private, then plan an outing and talk it out.

"This will help you vent out your thoughts and also give you an opportunity to understand your partners' opinion on the matter," says Dr Mittal.

While these are issues that many Indian women may face, let's not forget that there are many in-laws who still believe that a daughter-in-law is very much like a daughter.

They do not like to discriminate and in fact, generate a bond of love and friendship with their newest family member.

'How I befriended my mother-in-law' 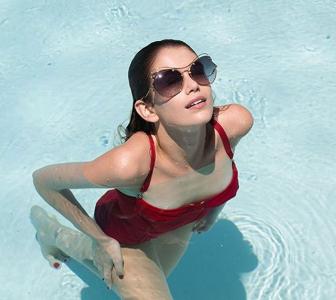 Is she the next BIG thing in fashion? 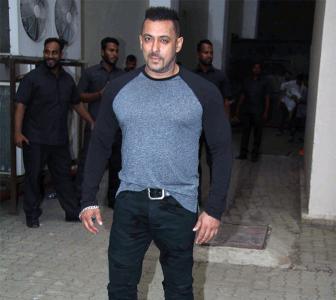 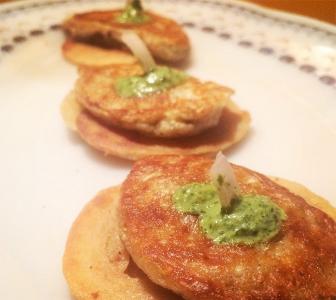 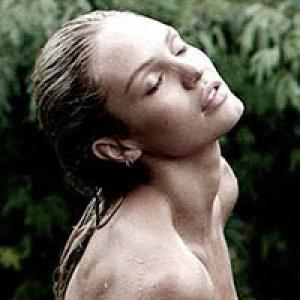 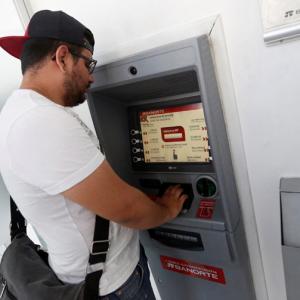 ATM woes: My card got stuck inside the machine