News
Business
Movies
Sports
Cricket
Get Ahead
Money Tips
Shopping
Sign in  |  Create a Rediffmail account
Rediff.com  » Getahead » A professor at 23, he has won a $500,000 'genius grant' 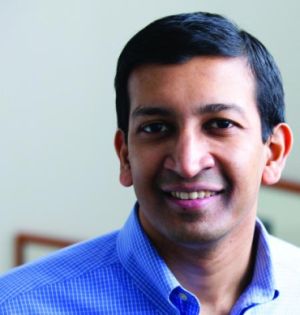 His unorthodox economic arguments -- including the theory he developed five years ago that higher interest rates sometimes lead to higher investment -- have been widely discussed in corporate boardrooms and mainstream media.

In his State of the Union speech, President Barack Obama cited a study led by Chetty, which argued that students who had talented and motivating teachers in elementary school -- mainly in kindergarten -- had significantly higher incomes as adults and better future life outcomes. In January, The New York Times published a front-page story about this study.

Chetty is now a MacArthur Genius, the nickname given to John D and Catherine T MacArthur Foundation Fellows.

Last week he was having lunch with his mother, Anbukili Chetty, a physician and Tufts University researcher, when his phone rang. He ignored the call. He picked up the phone at about the third time, and was told there was an urgent message for him. No, it could not wait, and could he please step out?

The MacArthur nominees are not told, and the winners learn through a phone call from the foundation. When Chetty told his mother the news, she wept with joy.

The MacArthur Fellows this year include a pediatric neurosurgeon, a marine ecologist, a Washington Post reporter, a photographer, an optical physicist and astronomer, a stringed-instrument bow maker, a geochemist, a novelist, and an arts entrepreneur.

'All were selected for their creativity, originality, and potential to make important contributions in the future,' the MacArthur Foundation, which will give away $500,000 to each Fellow over the next five years with no strings attached, said in a statement.

Chetty is the second-youngest recipient this year. The oldest is 62.

Of the nearly 900 MacArthur Fellows over four decades, less than 12 have roots in India. They include sarod maestro Ustad Ali Akbar Khan, poet and professor A K Ramanujam, and computer scientist and professor Shwetak Patel, winner of the India Abroad Face of the Future 2011 award.

"We believe in their creative instincts and hope the freedom the fellowship provides will enable them to pursue unfettered their insights and ideas for the benefit of the world," MacArthur President Robert Gallucci said about the Fellows.

The foundation described Chetty as a "public economist, elucidating key policy issues of our time in theoretical and empirical studies that refine our understanding of the impact of public finance on economic activity." One of Chetty's earliest studies to gain wide attention was conducted at a large supermarket chain in California. It showed that although most customers knew about sales tax rates, they purchased less of a product when the posted prices indicated the tax than when the tax was added at checkout.

"It was a very ingenious way of showing how taxes actually affect shopping behaviour," Harvard economics Professor Martin Feldman, who has mentored Chetty, told The American when the magazine chose Chetty for its Young Economist Award in 2008. "That people actually shopped less when they recognised the full cost of what they were doing."

Chetty is also the director of the Lab for Economic Applications and Policy at Harvard. PBS said last week his father, Boston University Professor V K Chetty, "advised then Prime Minister Indira Gandhi as India began to shift away from state socialism."

The MacArthur Fellowship, Raj Chetty told India Abroad, "was totally unexpected. On one hand, I am elated, but on the other hand, I am humbled. I am hoping this will give me more flexibility and time for a research group to work on really big projects. We want to try to connect to the public discourse using rigorous scientific methods, so it's not just public opinion."

The Harvard Gazette said the award frees up his time to pursue the next big ideas in public economics -- such as the study of equality of opportunity in the United States that would track economic mobility from one generation to the next by zip code.

Chetty is "unique because he's very serious about economic theory, but also very serious about the real word and empirical stuff," PhD student Adam M Guren was quoted as saying in The Harvard Crimson newspaper. "And he combines the two of them in a very powerful way."

Another PhD student, Peter N Ganong, was quoted as saying that Chetty seeks "transparent answers" to the questions that he works with, rather than "hiding behind abstract" math. Ganong called Chetty "a fantastic mentor."

Speaking to The American in 2008, James Poterba, chairman of MIT's economics department who served as a member of the President's Advisory Panel on Federal Tax Reform, cited Chetty's work in 2005 on how corporations responded to a cut in dividend taxes.

In their study, Chetty and his collaborator Emmanuel Saez found -- The American noted -- 'that efficiency suffers when the dividend tax rate is too high -- or when top executives own too few shares.'

'Those factors can drive a wedge between the interests of CEOs and shareholders, encouraging managements to reinvest earnings in lower-priority projects or frivolous purchases, like a non-essential corporate jet or a plush office.'

When rates were higher, Chetty told The American, executives "had a stronger incentive to keep that money within the firm and get that private jet, instead of paying it out in the form…of dividend income."

Chetty, who studied in New Delhi till age nine and migrated to America with his parents, said his studies -- like on teachers' quality -- can resonate abroad, particularly in India.

"I hope some of my research," he told India Abroad, "will help lower income children in India and in this country too." 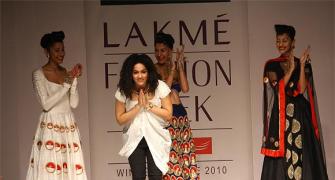 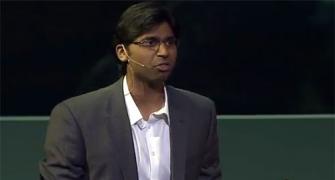 At 30, this Indian-American is a trailblazer 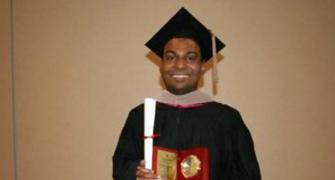 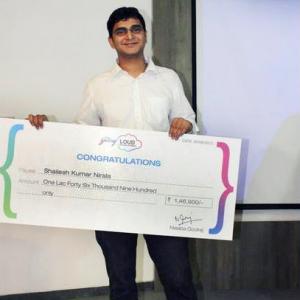 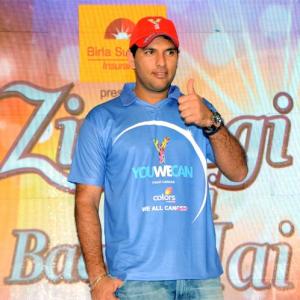