Mumbai's Trisha Devadiga, one of the winners at Comic Con 2019 tells Rediff.com's Hitesh Harisinghani how she designed the fascinating costume from scratch. 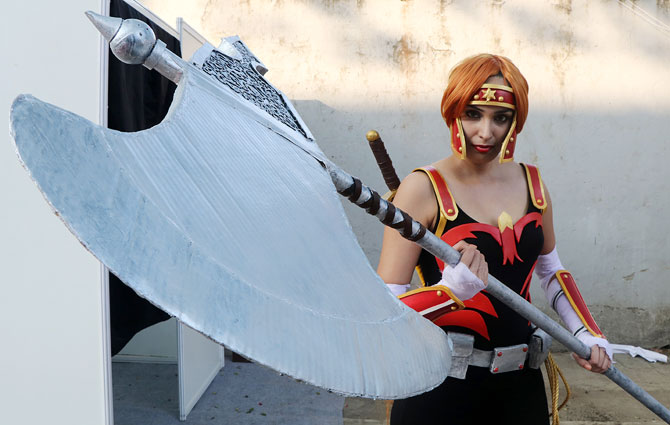 Trisha Devadiga, 27, works as curriculum developer in Lower Parel and is a part-time cosplayer.

Trisha dressed up as two characters at this year's Comic Con held at NESCO grounds in Goregaon, Mumbai on December 7 and 8, 2019.

The first character -- Artemis of Bana-Mighdall is from Red Hood and the Outlaws, a superhero comic published by DC Comics.

"I can portray characters from the Amazon better because of my height," said Trisha who is 5' 11 ½" tall to be precise.

"She has long beautiful hair and carries a long axe which I thought I could carry off well."

The second character -- Princess Diana's gala look -- which she portrayed on December 8 is from the movie Wonder Woman.

"I wanted something casual so that I can enjoy Comic Con, so I wore a beautiful blue gown with God Killer on the back." IMAGE: Trisha has been attending Comic Con since 2015.

Like her favourite DC character Wonder Woman, Trisha describes herself 'twice as badass'.

"I'm always looking out for different characters and I have long list of characters that I want to portray in future,” says Trisha, who won the best dressed title in comic and graphic novel category at Comic Con 2019. "On weekdays I try and work for an hour and weekends are completely dedicated to cosplaying. I try to recycle and use a lot of stuff to reduce cost." It took her approximately 5 months to get the full costume ready for Comic Con 2019.

She plans to dress up as Angewomon (a fictional anime character) at the Phoenix Cosplay Sanctum Pune on December 14, 2019.

Trisha had been attending Comic Con for the past four years but the thought of cosplaying never crossed her mind until her former boss -- who knew her inclination towards sketching -- asked her try it first.

That's how two years ago, in 2017, Trisha dressed up as Harley Quinn at Comic Con, Mumbai.

"It was a closet cosplay. Whatever I could find, I just put it together," Trisha described her debut.

As for her parents, "they thought their daughter is losing her mind." 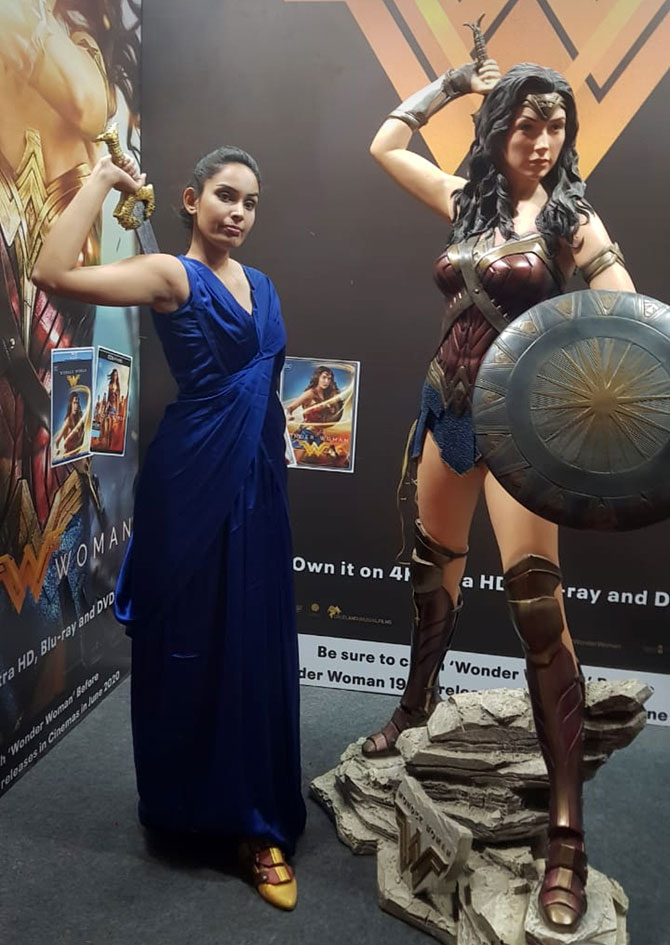 In September 2019, Trisha won an award at Phoenix Gaming And Anime Expo (PGAX) held in Chennai. She was dressed as Angewomon.

With time, however, her parents have become more encouraging.

"This time my mother stitched the Diana costume," the proud daughter revealed. IMAGE: The props on display. The 7-ft axe weighs between 3 to 4 kg.

But being a cosplayer comes with its fair share of difficulties. Going to the restroom is one of them.

"My God Killer (Wonder Woman sword) got chipped last time and that’s why I had to make a new one this year," Trisha pointed about the crowd at the event.

"My mom's biggest concern was 'how are you going to carry this huge axe?'" Trisha's Bana-Mighdall axe was 7 ft and weighed approx 3 to 4 kg.

One super power Trisha truly wishes she could have is to be able to read other people's mind. 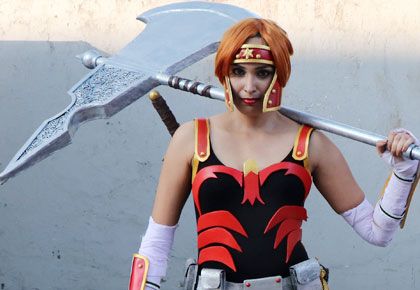 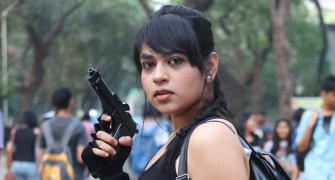 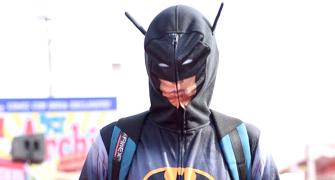 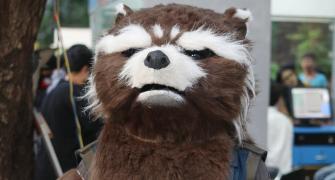 The stories behind the costumes at Comic Con 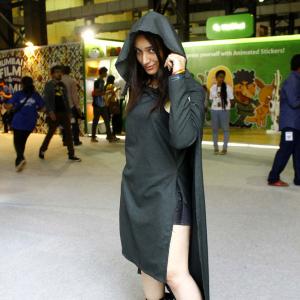