Seven of 10 employees in India are happy with the flexible working hours provided by their employers as they value work-life integration and balance, the Microsoft Asia Workplace 2020 study has found.

As access to mobile devices and availability of cloud applications in India are increasingly helping professionals to work from anywhere, a majority of the millennial workforce (Gen X) are open to digital workspaces, the study, released on June 30, said.

The study, which interacted or reached out to 315 working professionals in the country to find out gaps that appear to be barriers for flexi-work practices, said based on its findings, even if 70 per cent of the working professionals feel 'empowered' by flexi-work options, many organisation would need 'catching up' for digital transformation or enabling digital skills among employees.

'Access to mobile devices and cloud applications have driven increased ability of working professionals to work from anywhere. In addition, more people are working across virtual teams than ever before. The reality, however, is that organisations are falling behind on addressing the needs of a digitally-enabled workforce and this needs to change,' said the study.

Another key finding of the study is the digital transformation gap.

A little more than half of the leaders in respective organisations care for their employees' up-skilling.

At a time when 84 per cent of the working professionals consider themselves as mobile workers, 'only' 55 per cent agreed that their leadership was committed to ensure every employee was included in bridging the digital skills gap and 56 per cent respondents agreed that their organisation had given them tools to simplify and standardise their workflow.

The study pointed out that more organisations in India should have workplaces equipped with tools that help employees maintain a work-life balance and at the same create value in business through digitisation.

'Given these blurring boundaries of work and life and the impending influx of digital natives [born after 2000] entering the workforce for the first time, organisations need to look at new workplace practices and platforms that integrate people, data, and processes to create value in a new digital business,' the study said.

The Microsoft study on work practices has also seen the number of mobile workers going up during the past few years across Asia.

While the Microsoft New World of Work Study conducted in 2015 found that 7 in 10 mobile professionals in Asia spent at least a day in their work week working outside office; this study found that three-fourths of the respondents were already spending nearly 20 per cent of their time working outside. 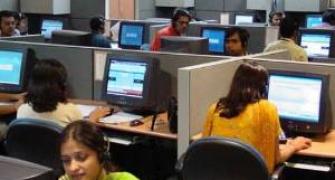 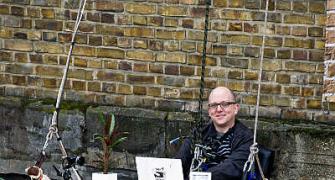 IMAGES: The world's most UNUSUAL office 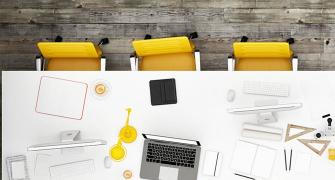 CoLife: A company that helps you start up 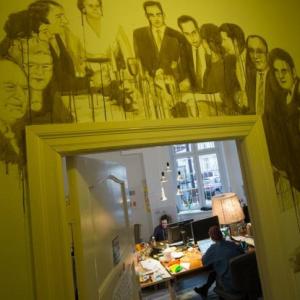