Traditional mulmul gets a glam slam!

Mulmul was the fabric of choice for these designers who showcased their collection as part of the specially curated show by Harper's Bazaar. 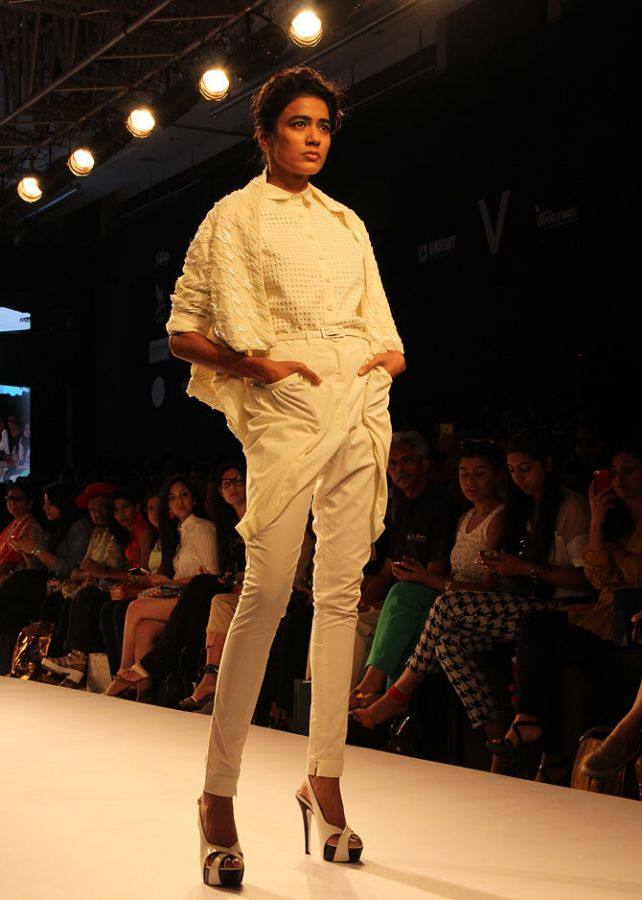 Anand Bhushan's collection was all-white and he blended the fabric into an urban offering with contemporary treatment. 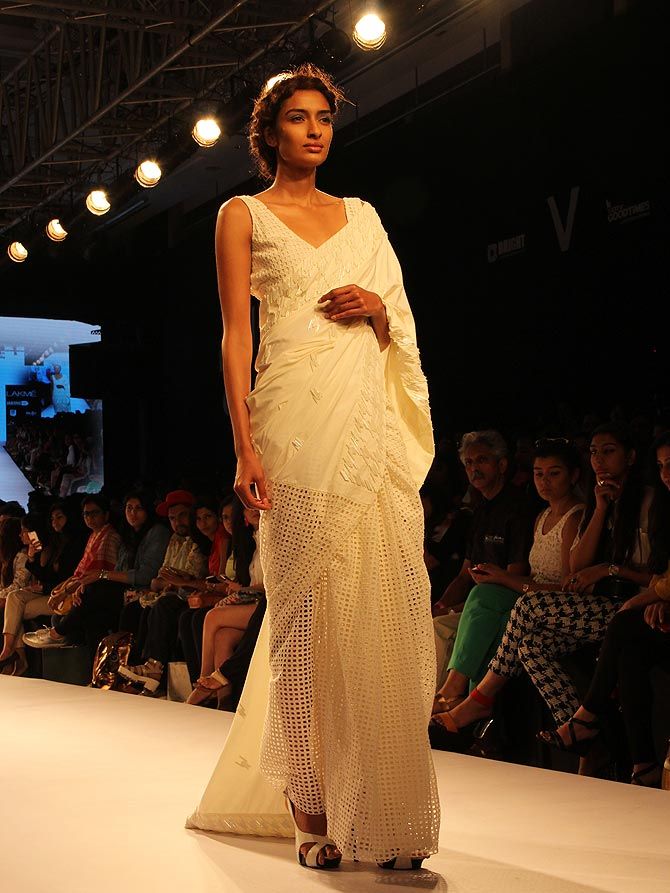 The designer formed houndstooth patterns on the garments to add a distinct flavour and used beautiful cutwork in drapes such as this one. 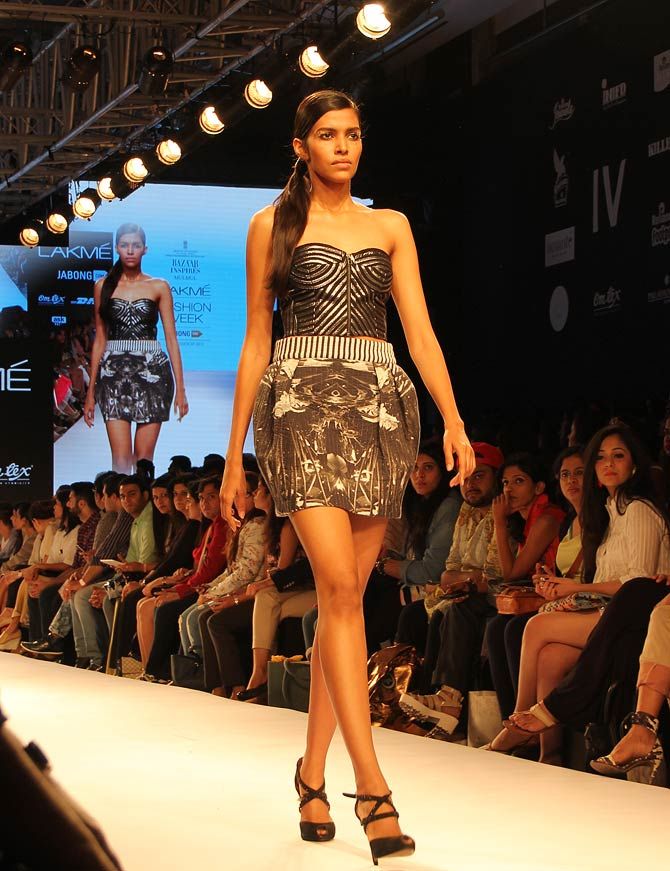 Siddhartha Tytler was inspired by the chaos that surrounds him and his garments stood in stark contrast to Bhushan's designs. 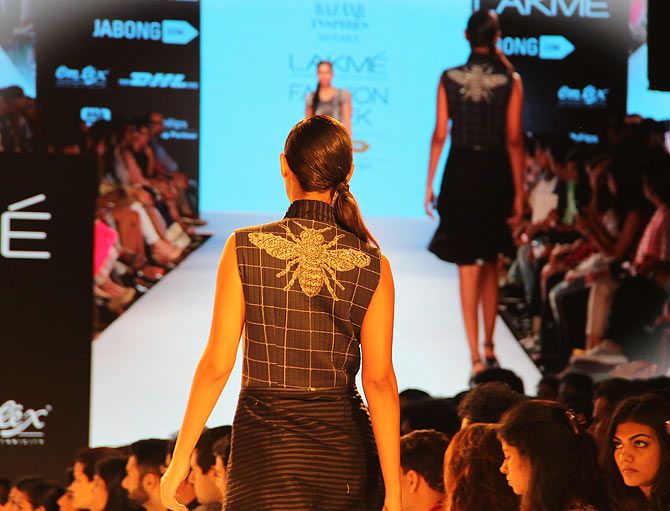 Random black and white digital prints sparkled on the garments and the soft Mulmul went through some serious texturing as well as pin tucking and laser cutting, lending it a glamorous look. 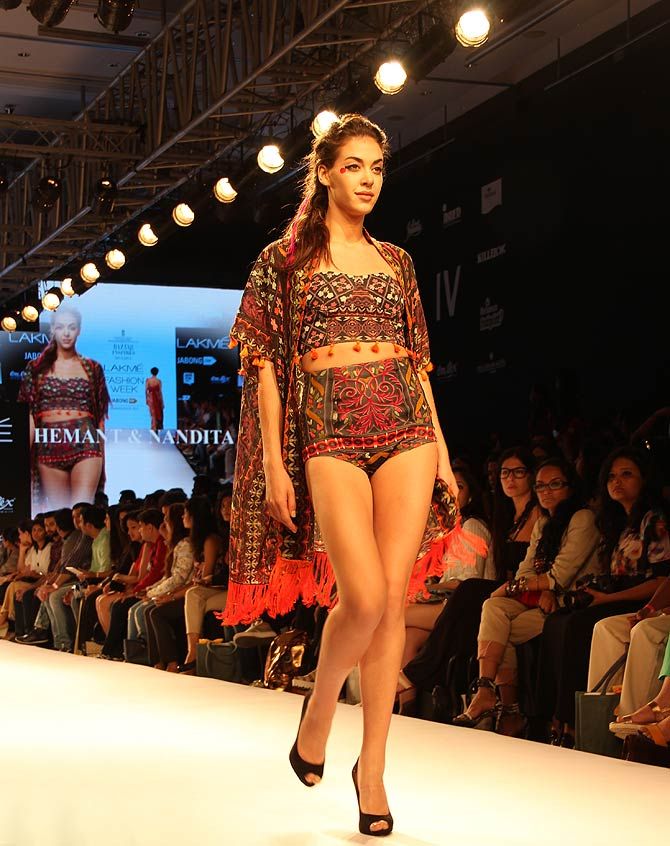 Kashmir was the source of inspiration for Hemant and Nandita whose collection was called Blooming woods. 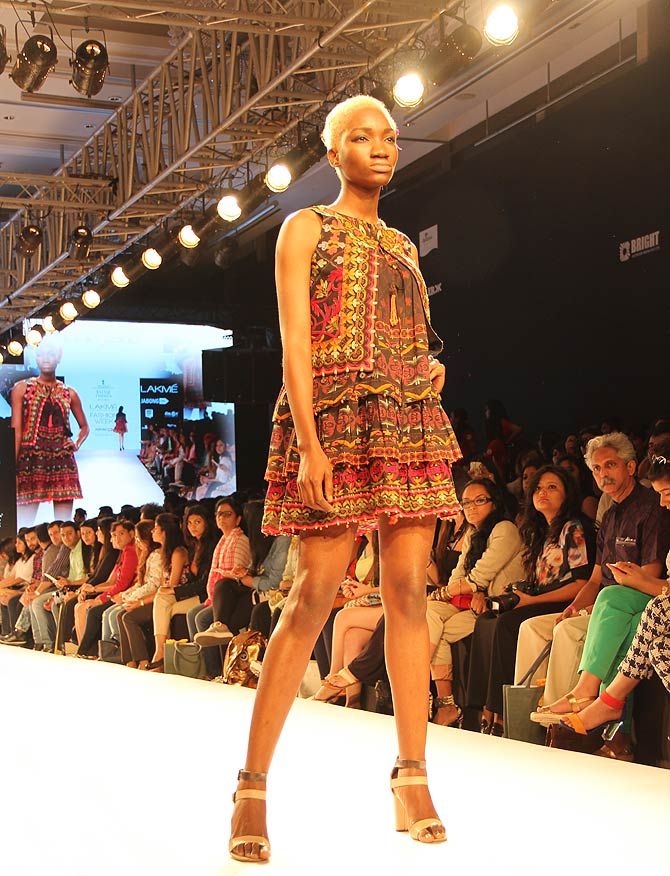 The designer duo, like several others this season brought in the 70's look with digital touches for gore skirts, kotis or waistcoats, embroidered cropped tops, jackets, boho capes and dresses. 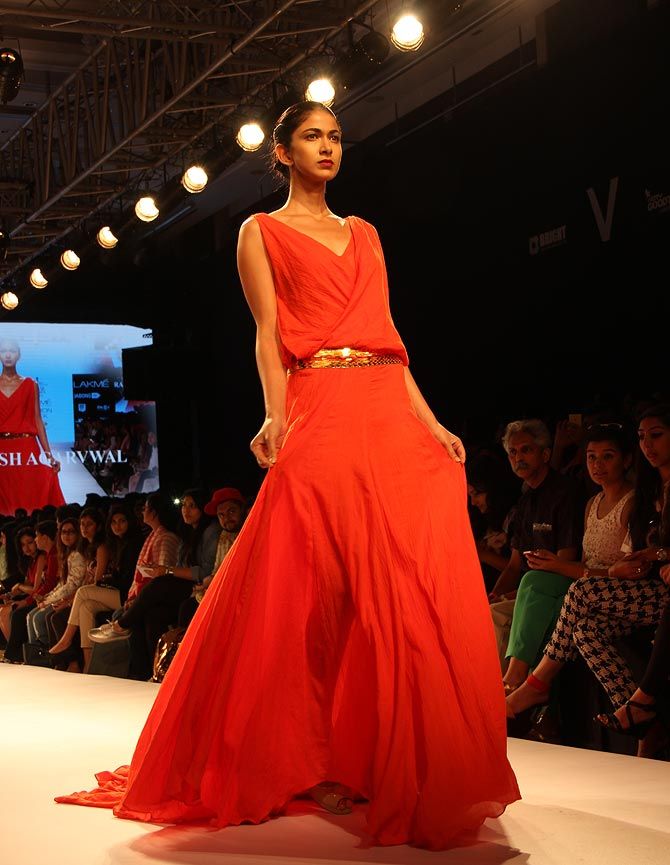 Rakesh Agarwal targeted his collection at the boho chic globe-trotter. 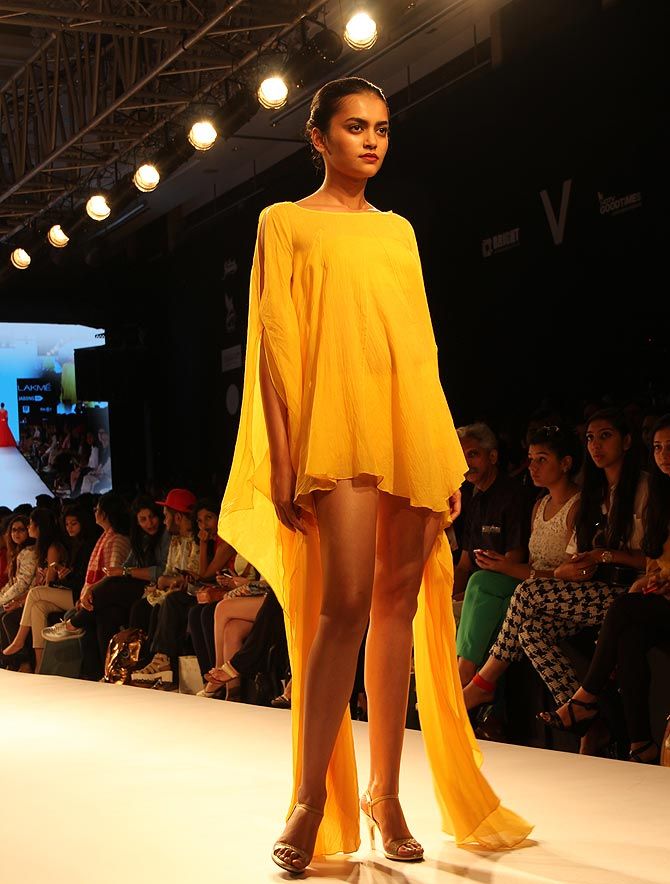 Using colours like sunset yellow, saffron and tangerine, Agarwal's line had a summery yet international feel. 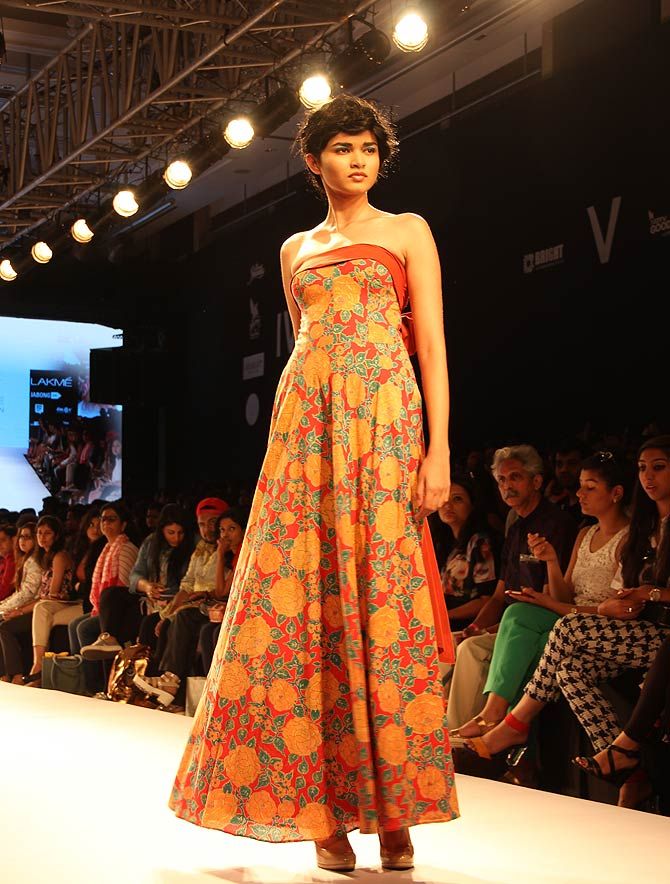 Then there was Anupama Dayal who experimented with shades of seductive red, black, sizzling pink, neon yellow, and lemon among others creating a relaxed yet glamorous line 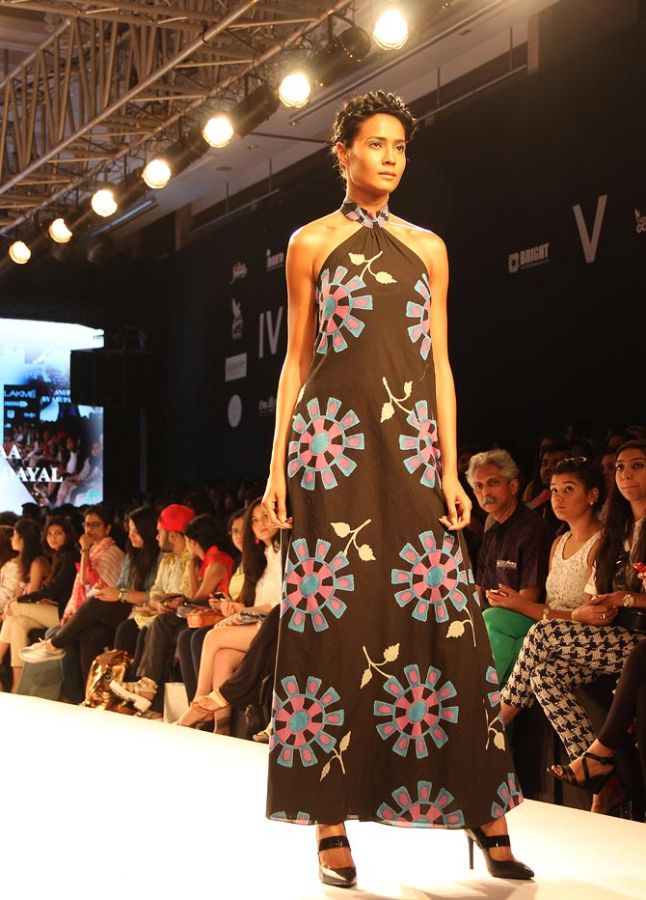 We couldn't get our eyes off of this floral black halter neck number. Can you? 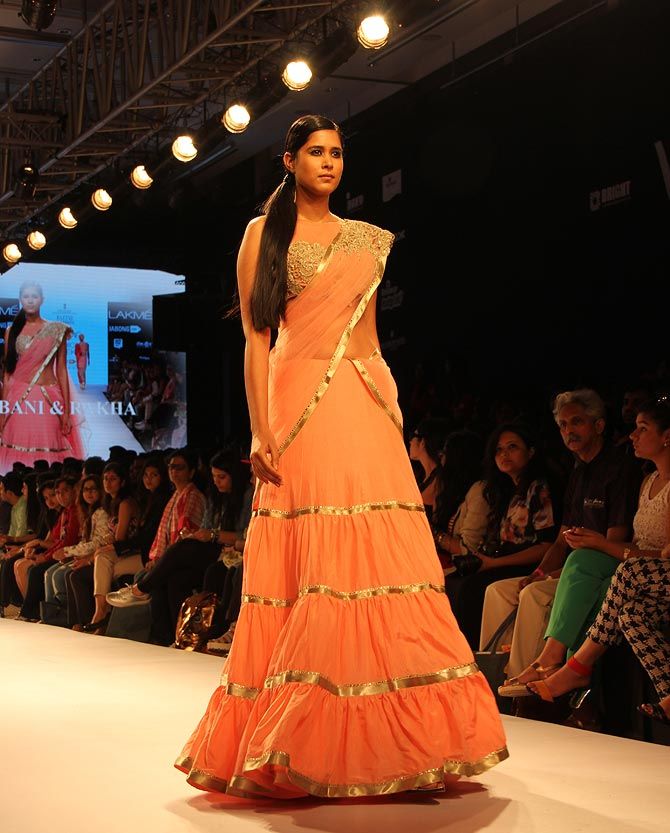 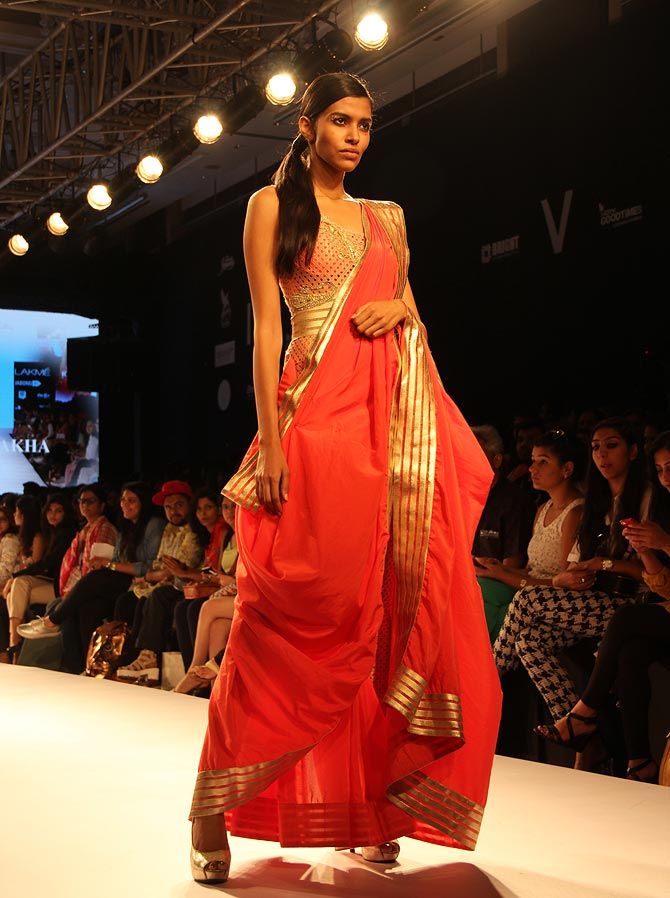 But unlike the Delhi designer, they were liberal with their colours and in particular impressed us with this stunning red sari. 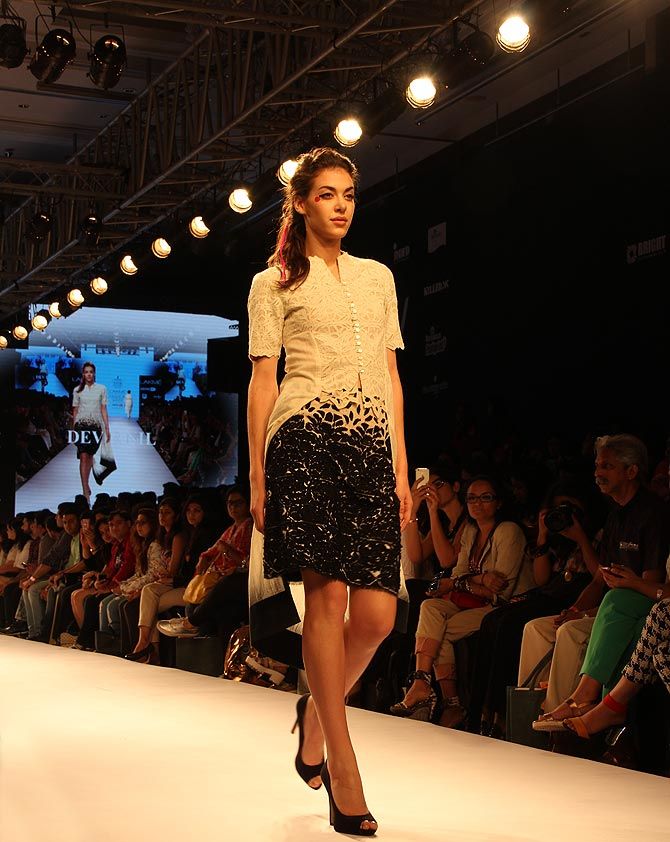 The falling autumn leaves and their earthy tones were the source of inspiration for Dev r Nil. And their collection reflected the beauty of this wonderful season. 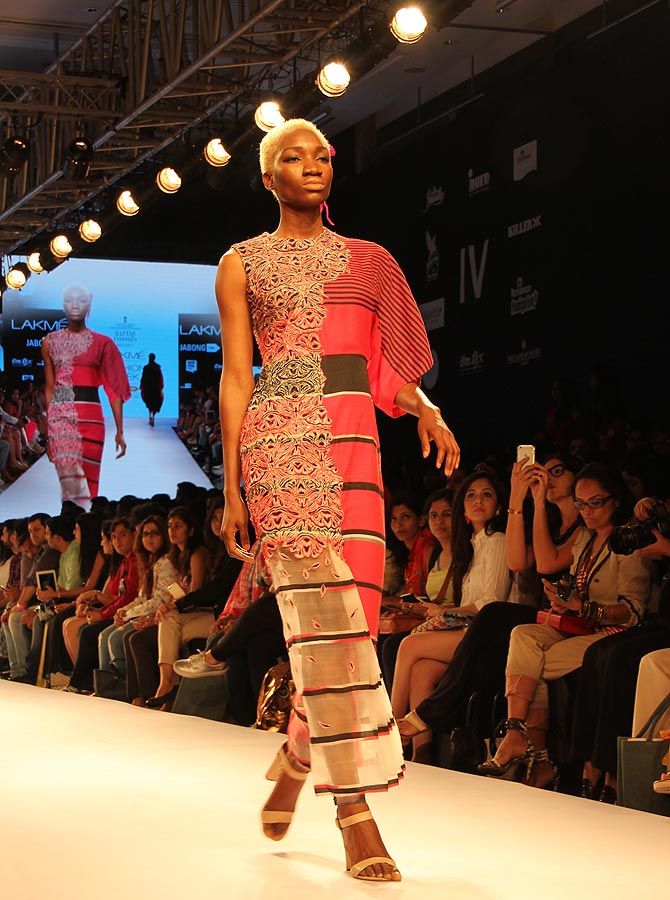 Gauze work, appliqués and cutwork added to the beauty of the ensembles and the changing shades of the leaves appeared as ikat borders and stripes quite simply floored us. And finally there was Sailex, who is best-known for his grand Red Carpet creations, and made used the traditional Mulmul to weave glam evening wear possibilities like this one. 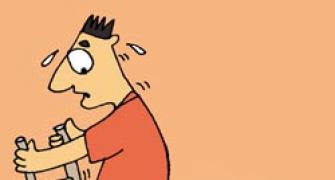 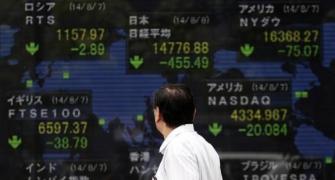 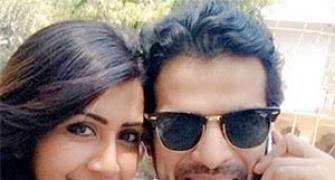 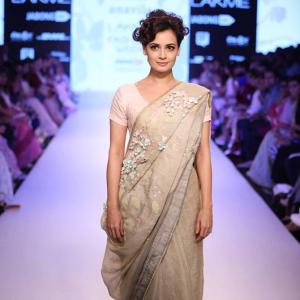 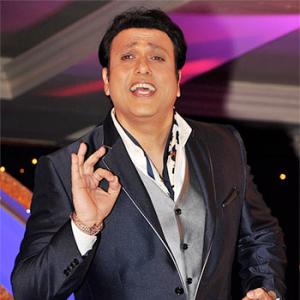