Why did NaMo skip the celebrations?

One prominent absentee at the wedding at Antilia: India's Pradhan Sevak. 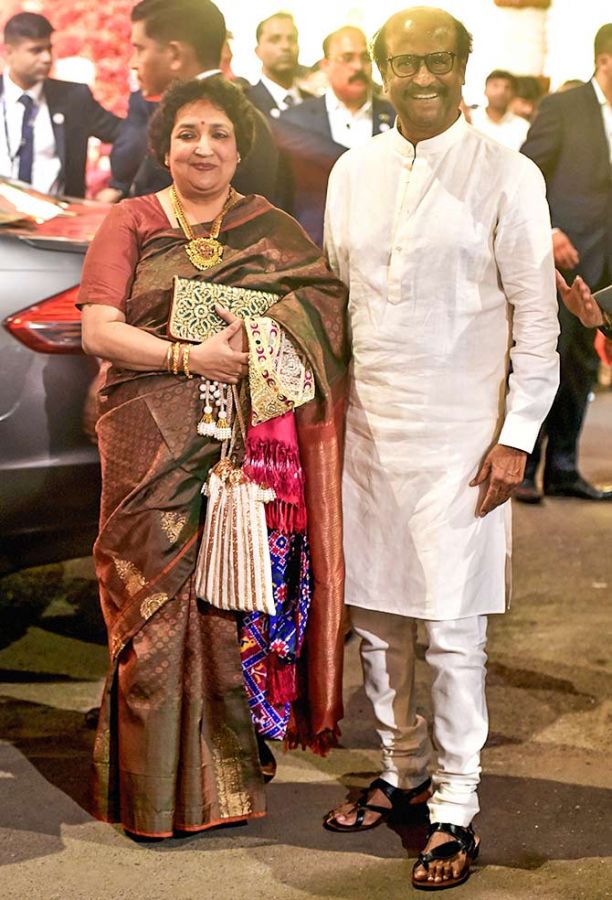 IMAGE: Actor politician Rajinikanth, one of the star attendees of the evening came with his wife Latha Rangachari. Photograph: Pradeep Bandekar 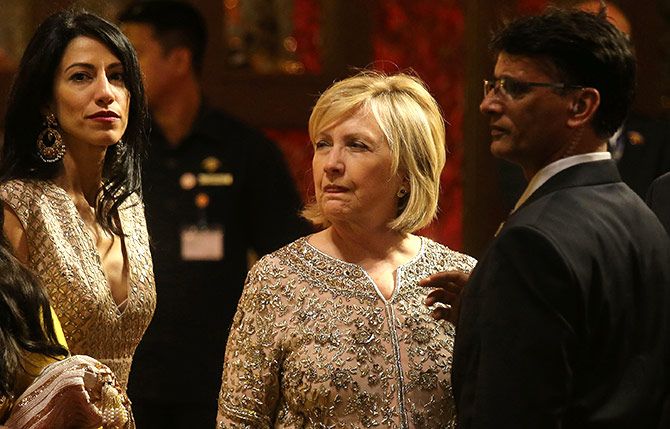 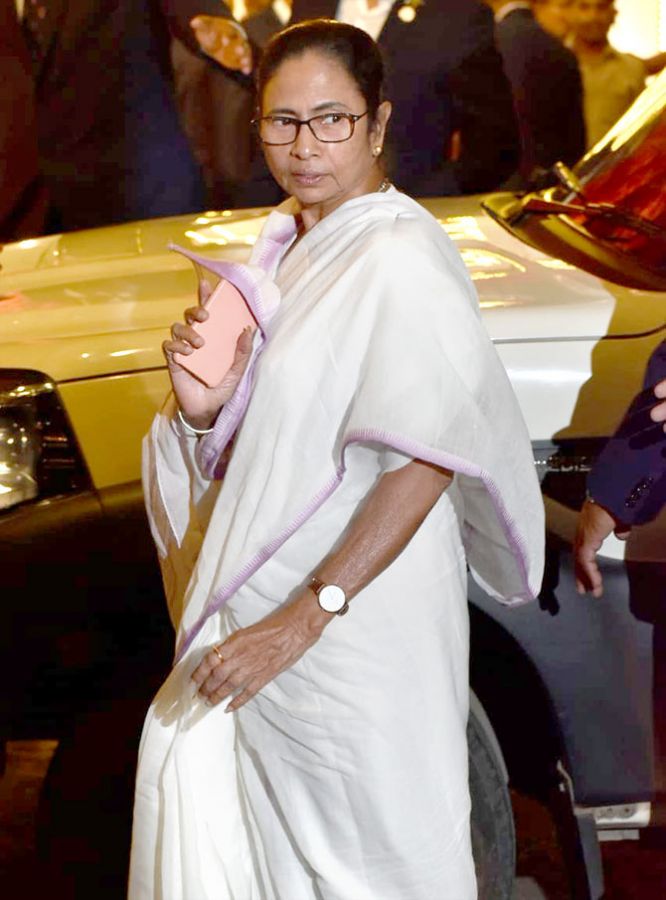 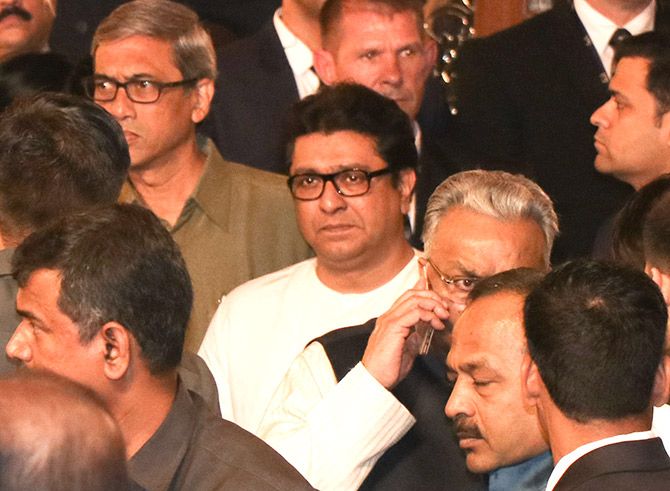 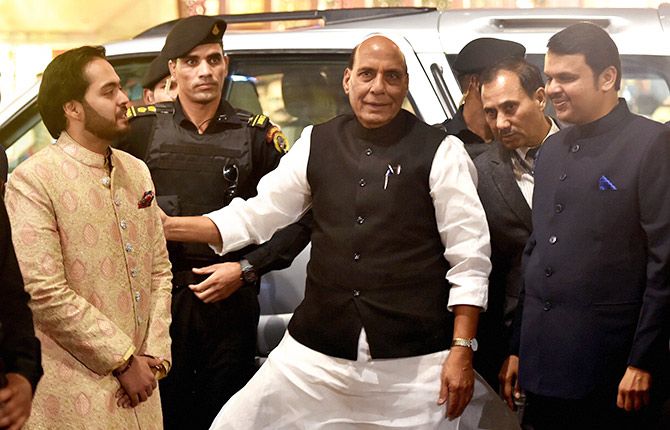 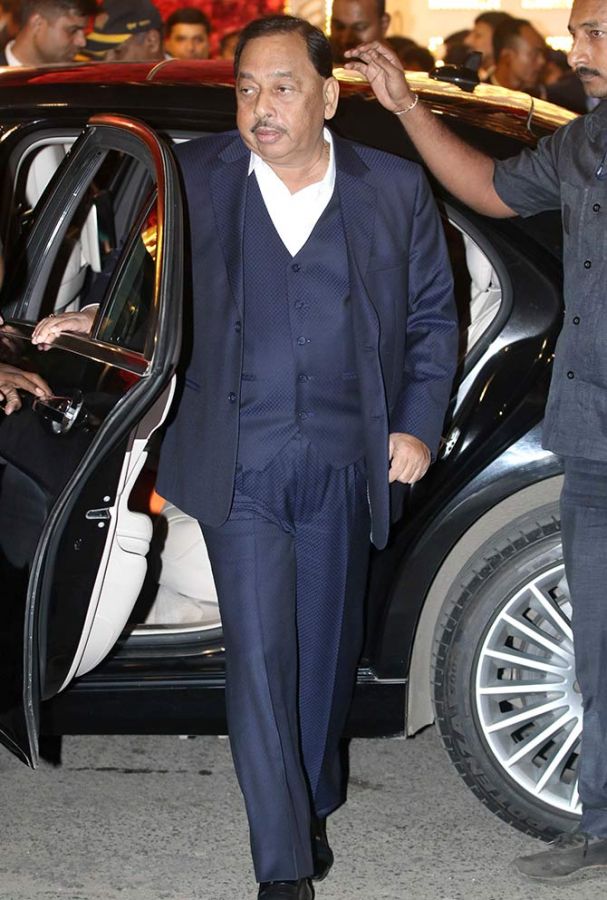 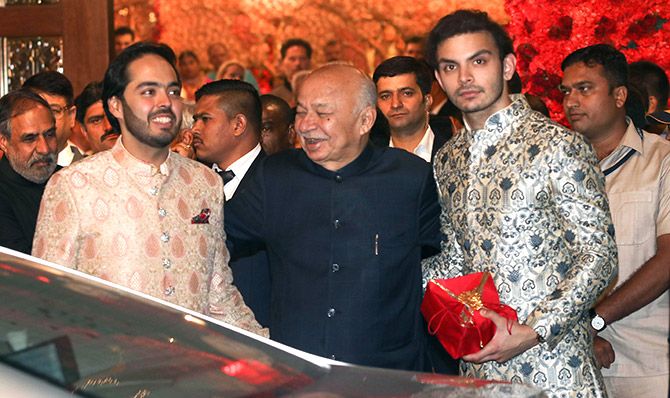 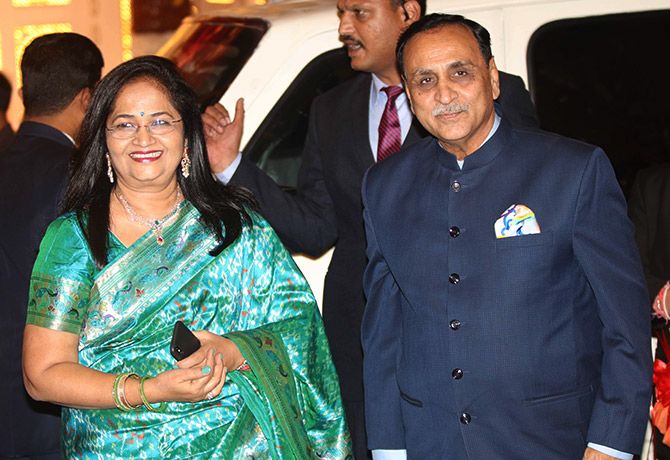 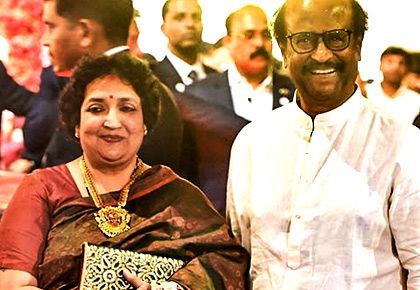 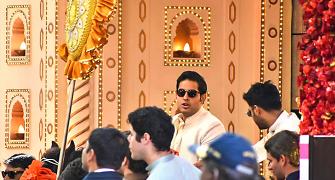 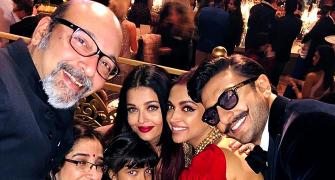 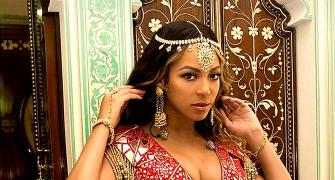 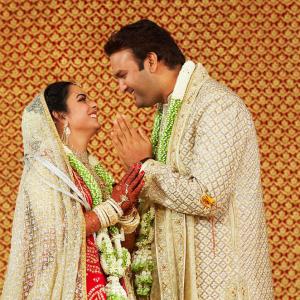 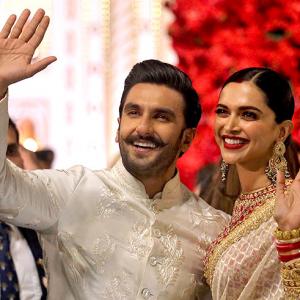