E-commerce majors Amazon and Flipkart were among the top recruiters at the Indian Institute of Management, Lucknow, which managed 100 per cent final placements for students of its 2018-20 post graduate programme.

The highest international salary offered was Rs 58.47 lakh and the best domestic was Rs 54 lakh, said a statement by the institute popularly abbreviated as IIM-L.

The mean and median salaries offered were Rs 24.25 lakh and Rs 23 lakh respectively.

More than 140 domestic and international companies attended the recruitment drive for 443 students of the 34 batches at IIM-L. "With this year’s placements, IIM Lucknow has reinforced its presence among the top B-schools and proven to be a preferred destination for organisations which select limited B-schools to recruit," said Professor Rajesh Aithal, chairman of IIM-L students’ affairs and placement wing.

Strategy/consulting profiles accounted for the maximum 32 per cent of job offers, followed by operations/IT at 24 per cent, finance 19 per cent, general management 13 per cent and sales/marketing 12 per cent.

USA, Dubai, Africa, Qatar and Africa were among the international job locations offered to students.

Bosch, FIITJEE, Indigo, JCB India, Magicbricks.com and state-owned ONGC were among the more than 25 companies that attended IIM-L’s recruitment drive for the first time. 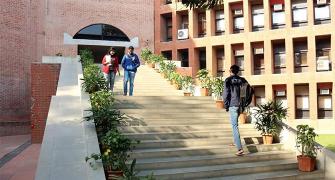