News
Business
Movies
Sports
Cricket
Get Ahead
Money Tips
Shopping
Sign in  |  Create a Rediffmail account
Rediff.com  » Getahead » He refuses to let his disability come in the way of his dreams

After going through all the tests for a job opening at a top bank, he was rejected because he 'didn't fit the bill'.

Then he received a letter from the government informing him that he would represent India in the World series paraswimming championship in Germany.

Shams' life took a twist seven years ago when a spinal tumour confined him to a wheelchair.

After multiple surgeries, Shams became a paraplegic (paralysed from the waist down).

Not willing to spend the rest of his life in a closed room, this fighter decided to chase his dreams despite his condition. 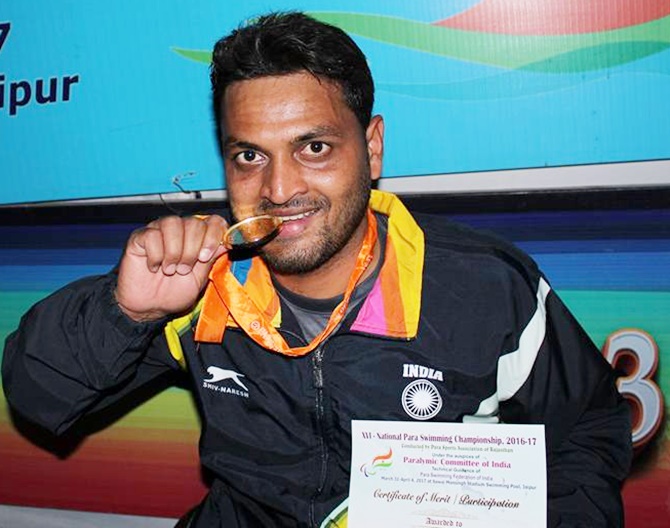 Shams comes from a family of sportsmen. His grandfather was a wrestler in Bihar.

After he moved to Mumbai as a child, Shams wanted to learn karate.

With his dedication -- he used to get up at 3 am to practise -- he earned a black belt in karate.

Today, he can't practice karate, but the sport taught him to live life to the fullest.

It also taught him that one needs to fall back to get into position.

That's how Shams sees his life.

The falling back part occurred in 2010.

A national karate champion, Shams was selected to represent his state at the National Games in Jharkhand.

His dream came crashing down when doctors told him he needed an urgent operation to remove the tumour.

"I was coaxed into the operation saying it would be temporary paraplegia lasting 10, 15 days. But the first surgery failed and after 5, 6 months there was no improvement in my condition. The doctor refused to take my calls," he recalls.

Shams was inspired when he learnt that Ghag -- a Shiv Chhatrapati awardee -- had swum the English Channel.

From that day onwards, Ghag has been a huge inspiration and source of motivation in Shams' life.

"I used to swim as a kid," he says, "so it was not new to me. Doctors advised me to start swimming because it could help me in the regeneration of my nerves. That was the time I could not sit without support."

"It was tough for me to travel to the swimming pool (in Shivaji Park, central Mumbai)," he says, but he did. 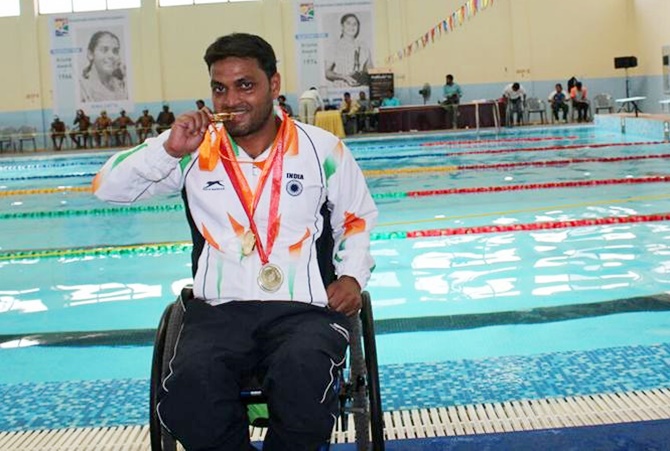 After earning an MBA from Satyabama University in Chennai, he received a call for an interview from a leading private bank.

After the interview and some tests later, he was in for a shock -- the bank said he 'didn't fit the bill.'

"I am a mechanical engineer and an MBA, yet I am jobless," he says. "I feel I have given a lot of time and energy towards my education, but haven't got anything. When I compare it to swimming, I have got more returns."

"I am at a point in life where I have decided to give my 200 per cent to swimming and see where it takes me. Right now I am just focusing on the championship in Germany," he says.

After Germany Shams wants to focus on the 2018 Para Asian Games and the 2020 Paralympics.

"I won't look for a job until then," he says, adding, "hopefully I will find a sponsor."

"Many family members have played sport at the national level, but none of us have a government job," he says. "So, I am not thinking about any returns when I represent my country."

"My only focus will be to perform better every time.

"I believe that whatever is written in your life and whatever I am entitled to, I shall receive it," he says.

Parasports in India does not get its due support.

120 Indian athletes took part in the 2016 Rio Olympics and returned with one silver and one bronze.

29 Indian athletes participated in the 2016 Paralympics and returned with four medals.

"We have the power and potential," says Shams, "we only need support from the government." 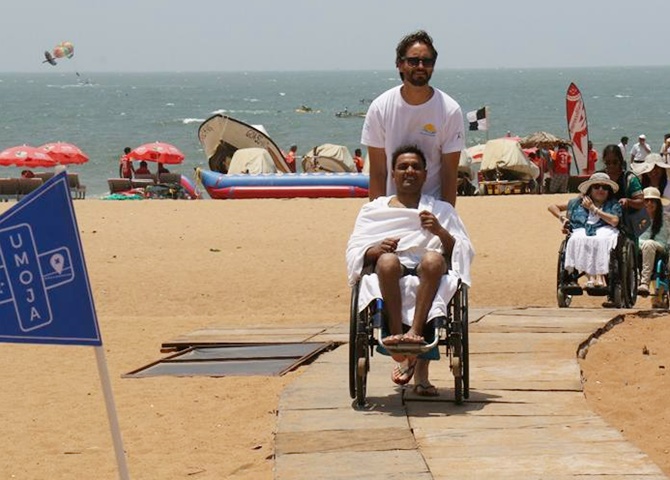 "I don't believe in going it alone. I am helping other athletes too," he says. "I know they are my competitors, but my motto is to make society aware about our problems."

Shams -- who was honoured at the Nina Foundation's annual day on June 25, 2017 -- strives for a better life for the differently abled.

The Nina Foundation (external link), which was set up by wheelchair bound Professor Ketna Mehta, is a pioneering Mumbai organisation that works with spinal injury Indians.

"Disability makes us feel useless. Some people suffer from depression because they can't even pass urine without help," Shams says.

"They cannot leave their homes because their parents are worried about what people will think about their child." 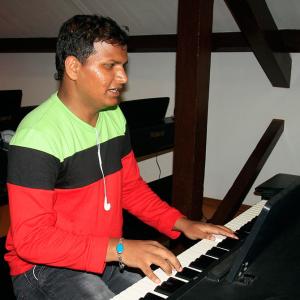