Tara vs Ananya: Vote for the hottest showstopper

Some of the hottest celebs stepped on the ramp this season of Lakme Fashion Week. Take the poll give below and let us know who gets your vote. Wearing a tulle trench coated with recycled polymer details, he owned the ramp and how! Commanding attention in a blue and green half-drape sari, the singer floored everyone with her confidence.

Completing her look with golden sneakers, Raja Kumari made quite an impactful presence on stage. All eyes were on Tara Sutaria as she took to the ramp in a stunning black short halter neck dress, paired with a white top and knee-length boots.

With her hair worn straight, the actor rocked bold eyes as she sashayed down the runway. Sporting two stunning looks, the actor put her svelte figure on display as she worked the ramp. IMAGE: As the showstopper for Alka Sharma, Mrunal Thakur was regal and confident. Photograph: Hitesh Harisinghani/Rediff.com

Dressed in a naturally dyed mulberry silk lehenga, paired with a peplum-style top, Mrunal Thakur looked incredible in the ivory separates as she walked the ramp for designer Alka Sharma.

Looking extremely comfortable in the traditional separates, the actor broke into a dance mid-way too! Designer Kunal Rawal sprung a surprise on guests by making Jahaan Kapoor walk the ramp along with his showstopper Arjun Kapoor.

The cousins looked effortlessly stylish on the Lakme Fashion Week ramp as Sanjay Kapoor cheered for them. Dressed in a black dress with tassels, she walked for Abhishek Sharma.

We ask you, dear readers who made the hottest debut at Lakme Fashion Week. Take the poll given below and let us know. 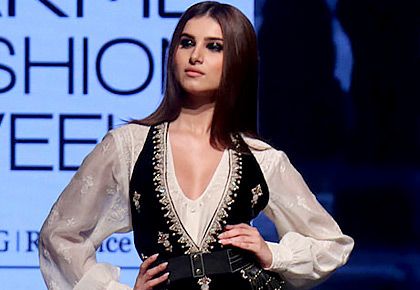 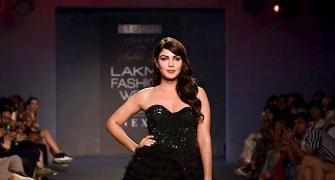 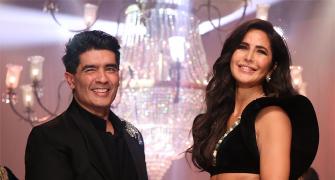 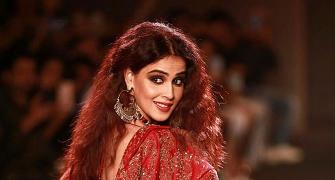 WOW! Genelia, we missed you 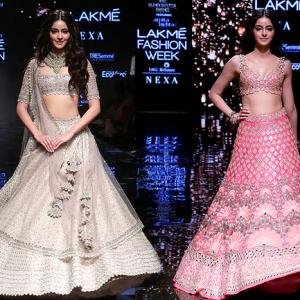 Disha, Rhea or Kangana: Who's the hottest showstopper?