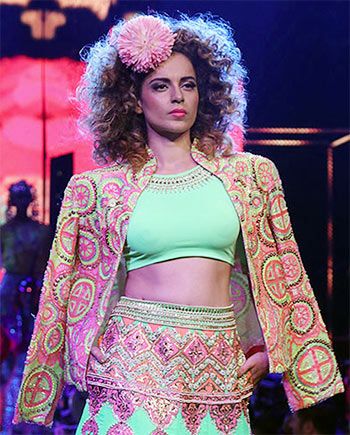 The Bollywood actor was the toast of Manish Arora's latest show in Mumbai.

The designer, who's never had a showstopper so far, picked the best to pull off his winning collection.

Kangana Ranaut walked the ramp like it was hers! 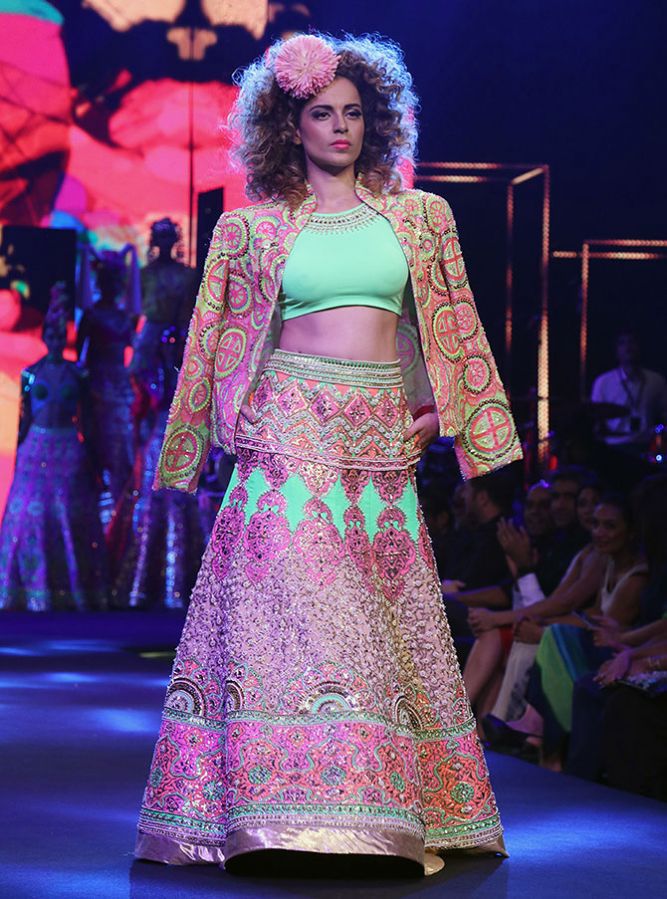 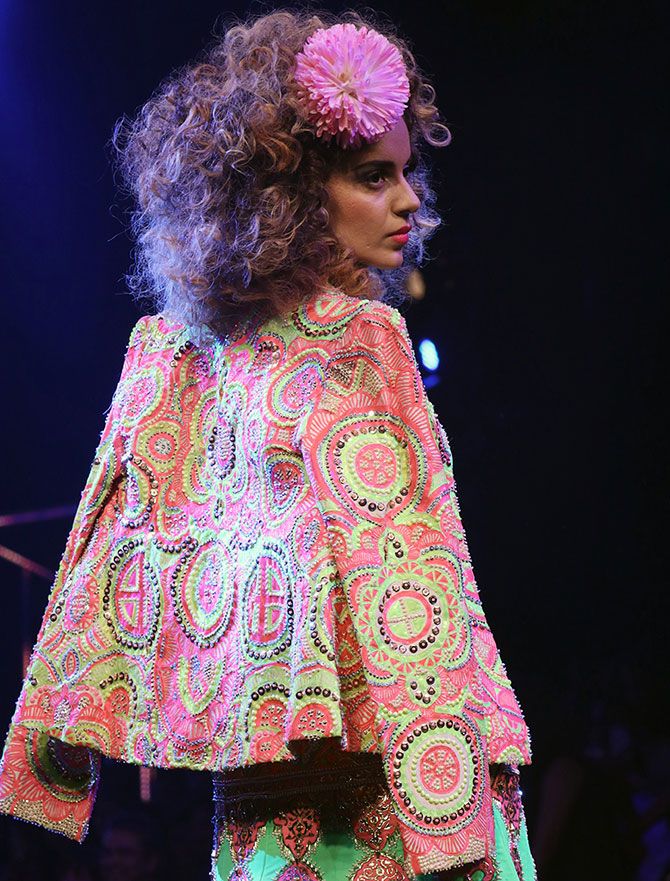 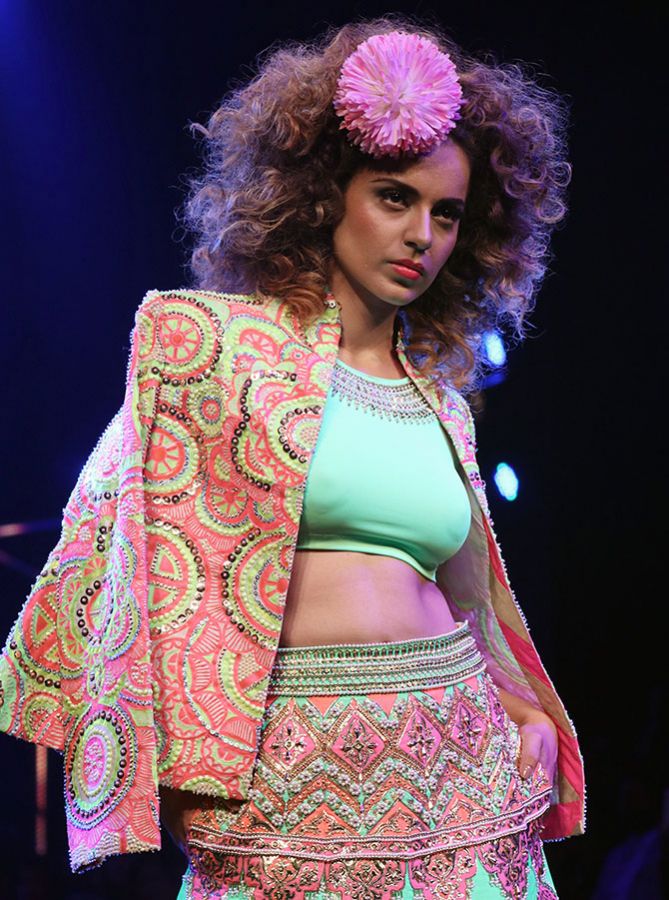 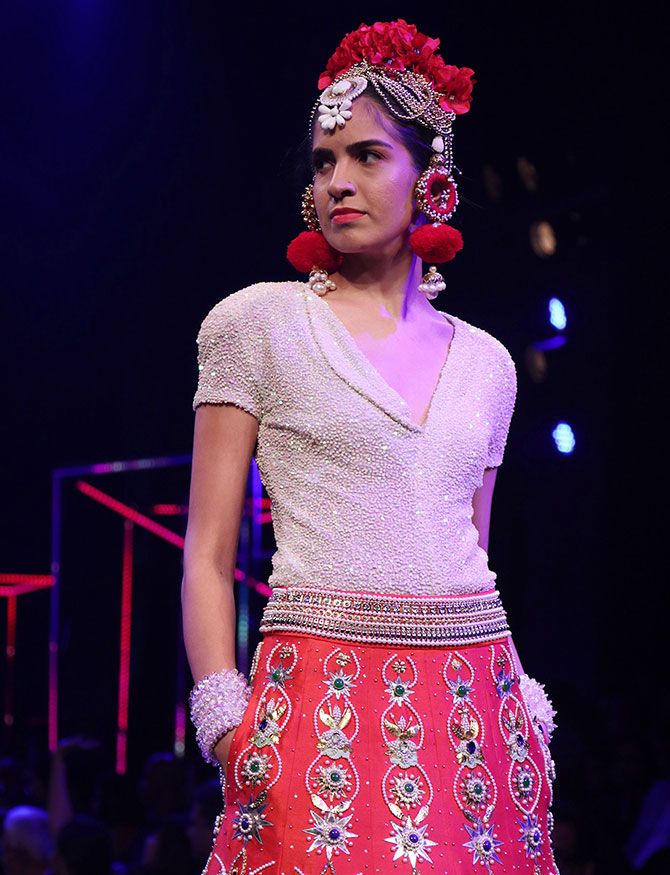 IMAGE: Indian was the theme for the designer's festive collection. 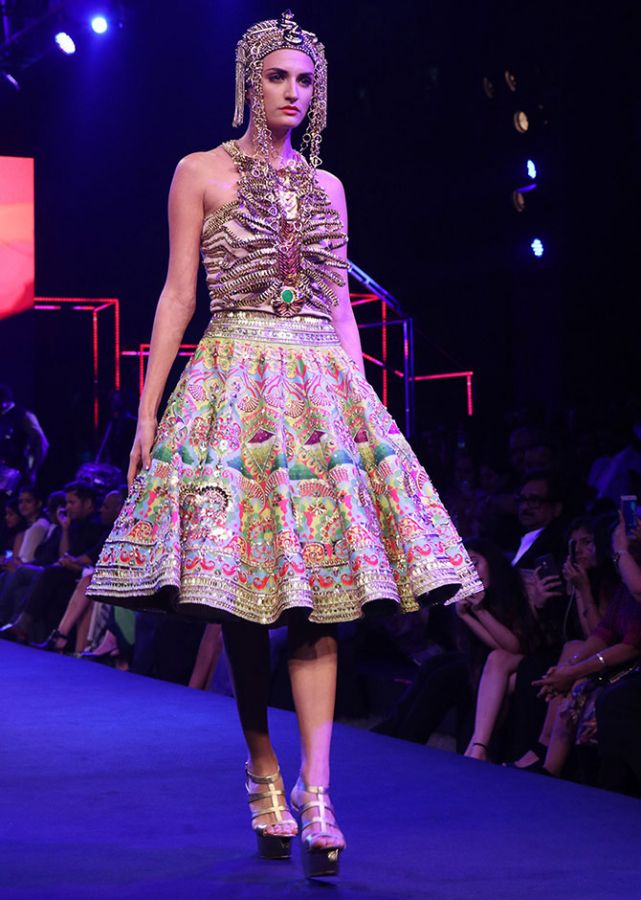 IMAGE: There were lehengas, gowns and pleated skirts like these, with intricate detailing. 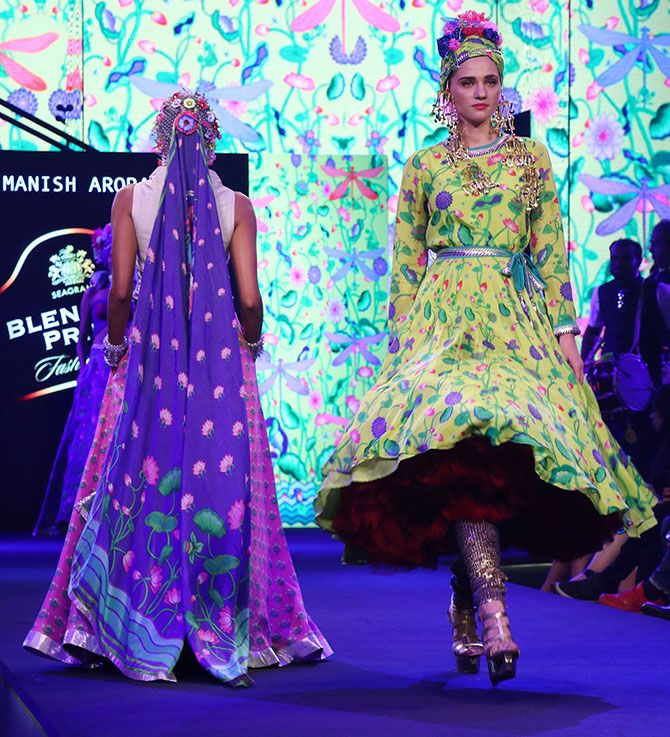 IMAGE: The designer played with layers, floral shapes and colours. 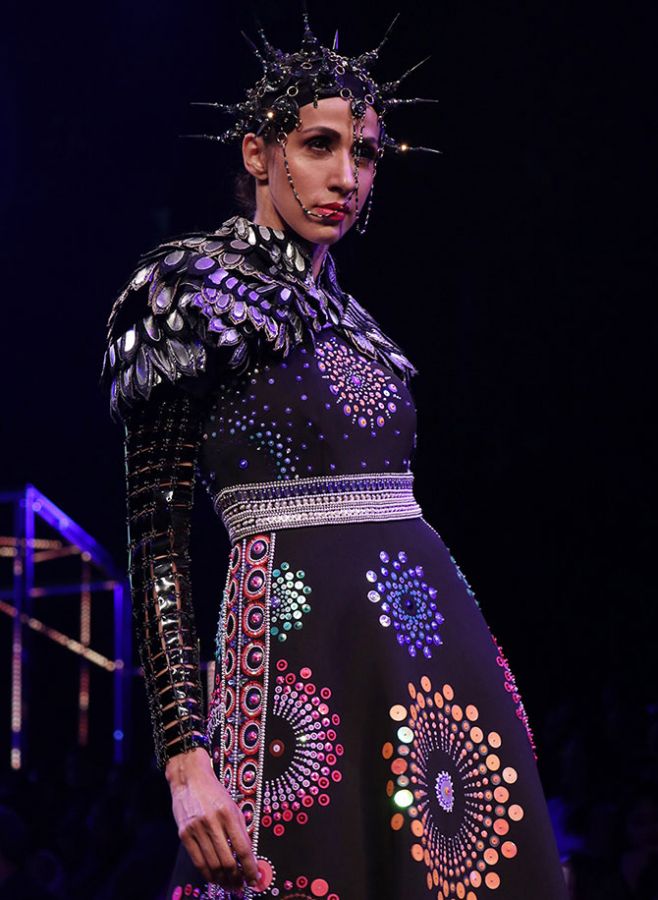 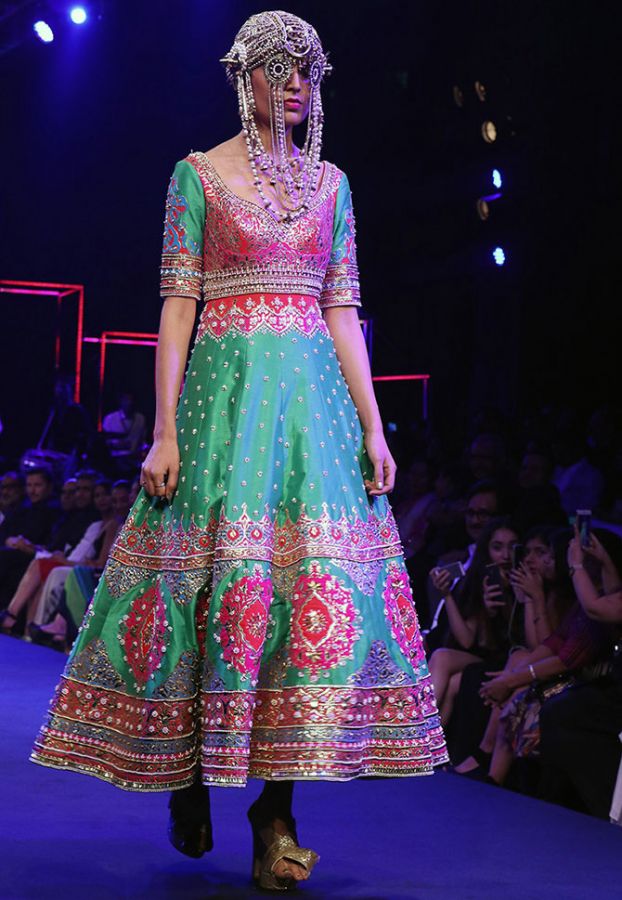 IMAGE: Does this headgear go a tad overboard? 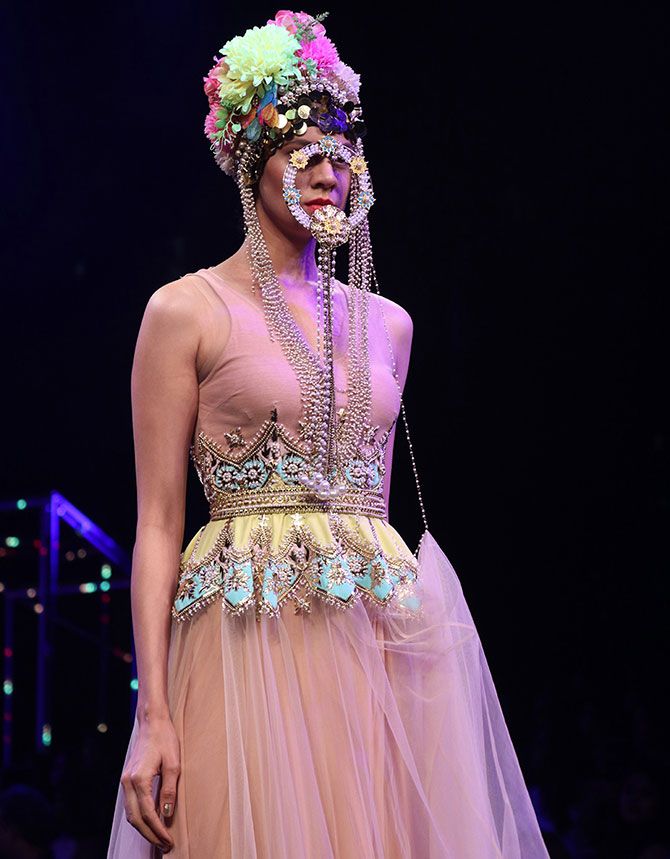 IMAGE: Or this? How could the model see? 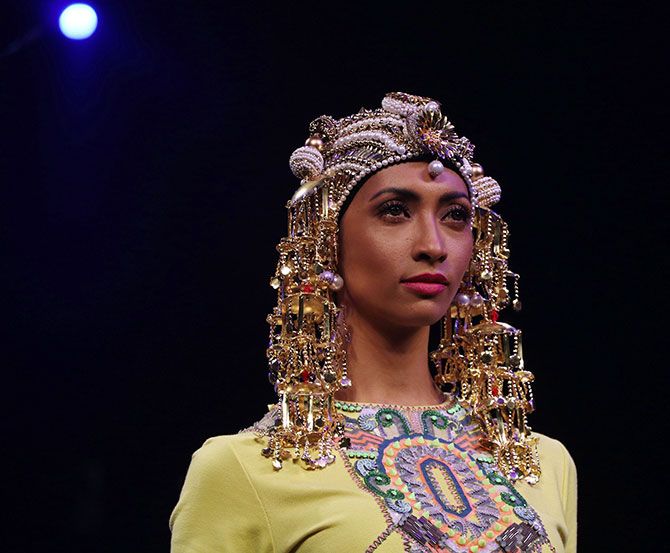 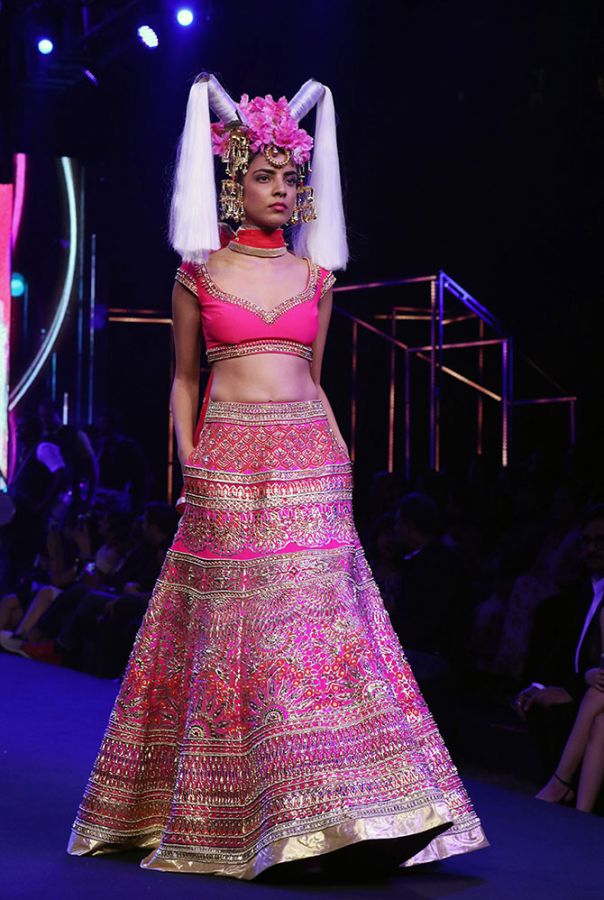 IMAGE: Pink seemed like Arora's favourite colour for the season. 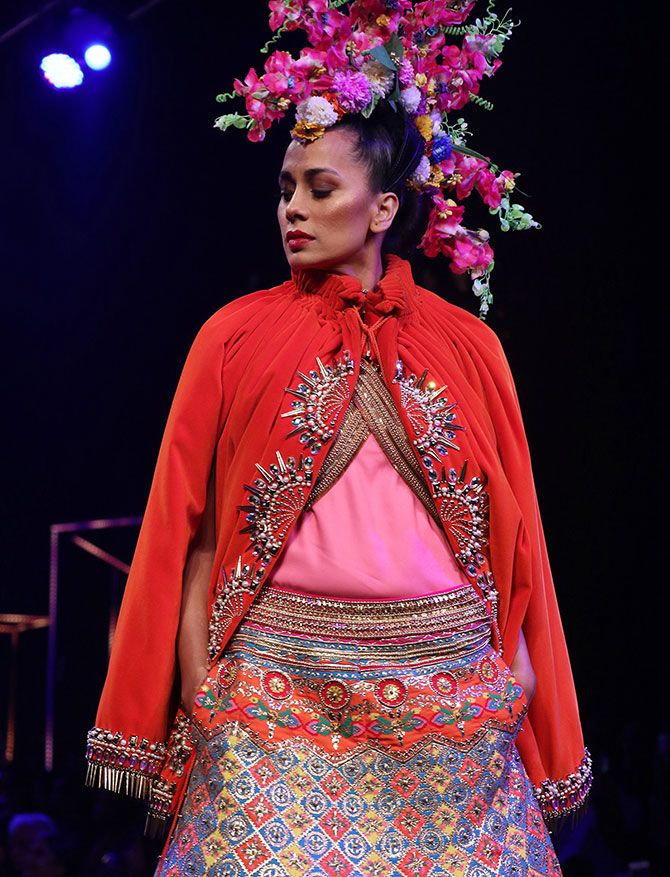 IMAGE: Considering the season, layered clothing like this made perfect sense. 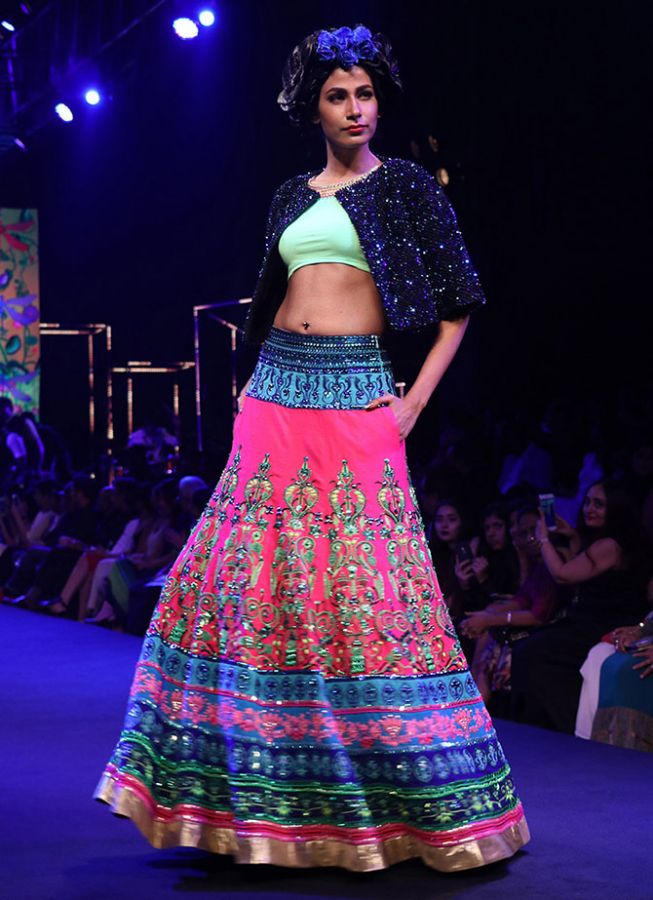 IMAGE: The jacket thrown over like a cape made for a stylish winter statement. 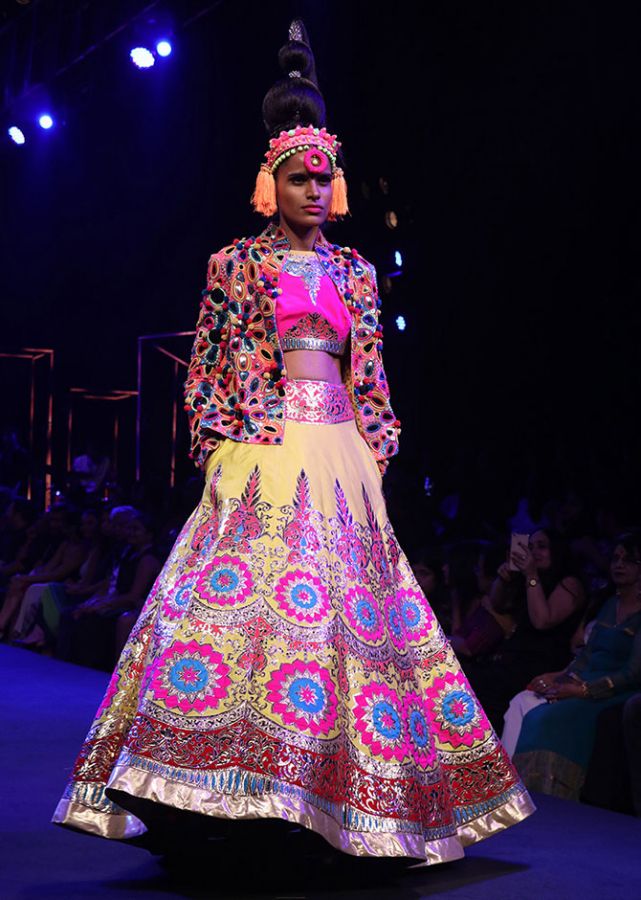 IMAGE: From mirrorwork to threads and beads, different styles of embroidery were used in this very cheerful mela atmsophere collection. 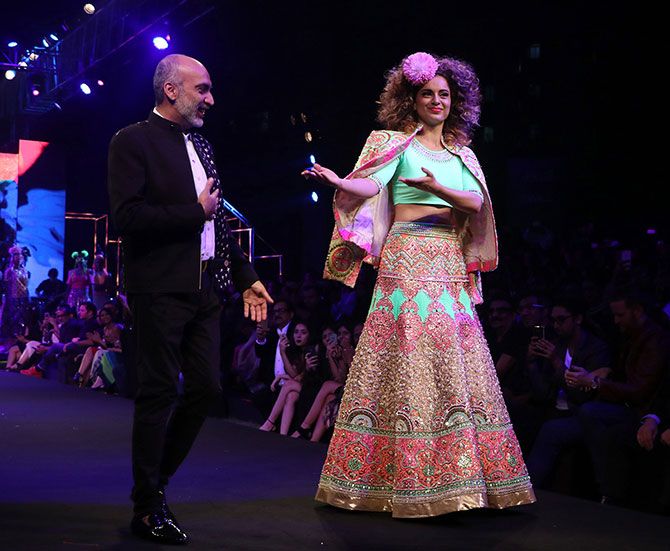 IMAGE: The designer and his muse. 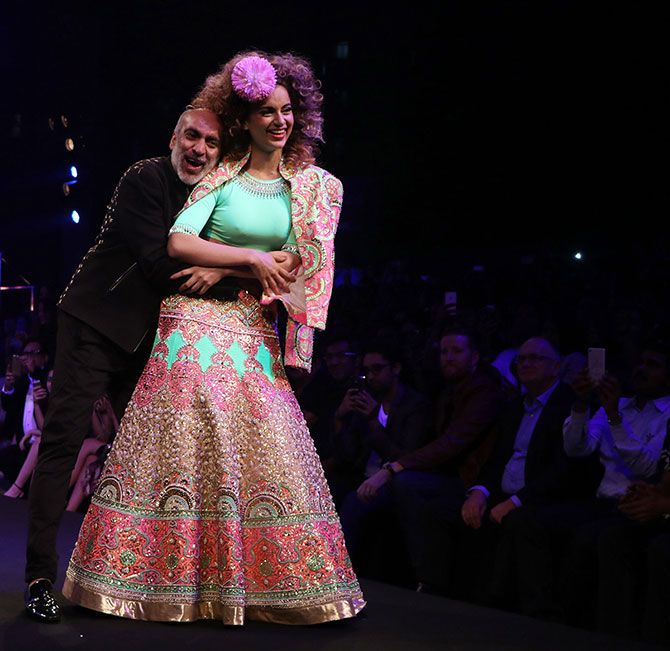 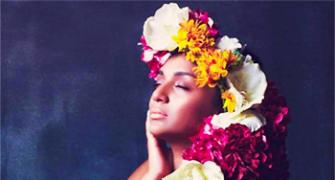 These mommies rocked the baby bump in 2016 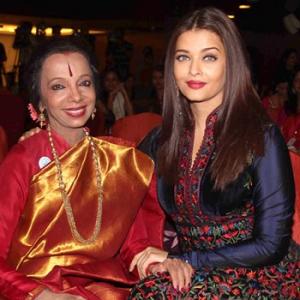 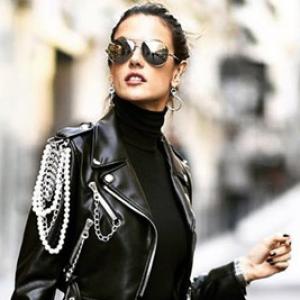