Madhuri gets flirty in red 'Our 10th Anniversary issue cover with three powerhouses of Indian cinema,' wrote the mag as they unveiled the cover.

Dressed in Shantanu & Nikhil ensembles, the actors looked gorgeous on the cover.

'@madhuridixitnene has redefined what it means to be a super star,' wrote Harper's Bazaar.

'At our shoot, her innate charisma and gentle exuberance made us fall in love with her. All over again.'

Scroll down to take a look at some pics from the photo shoot. 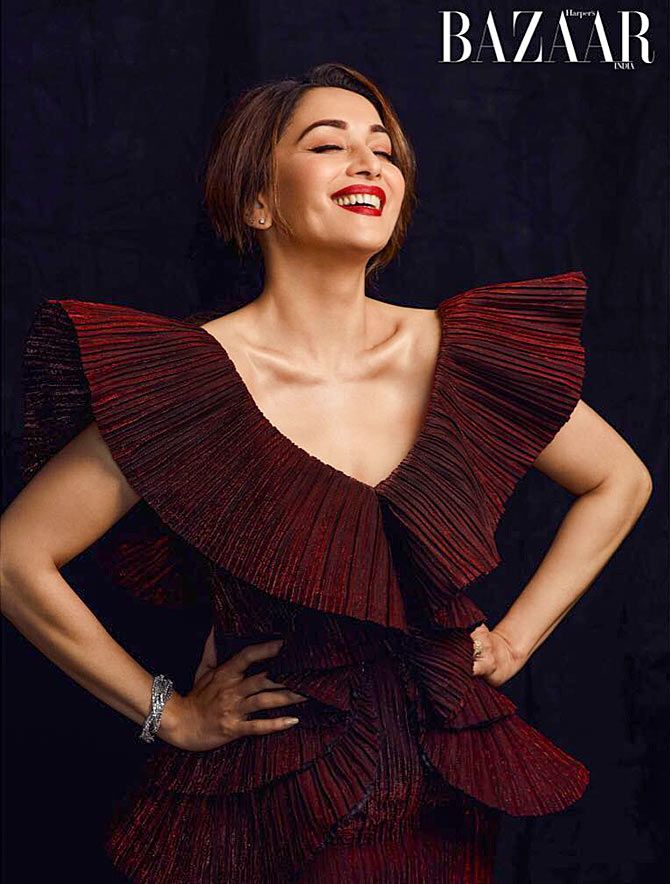 Madhuri is all smiles in a ruffled look. 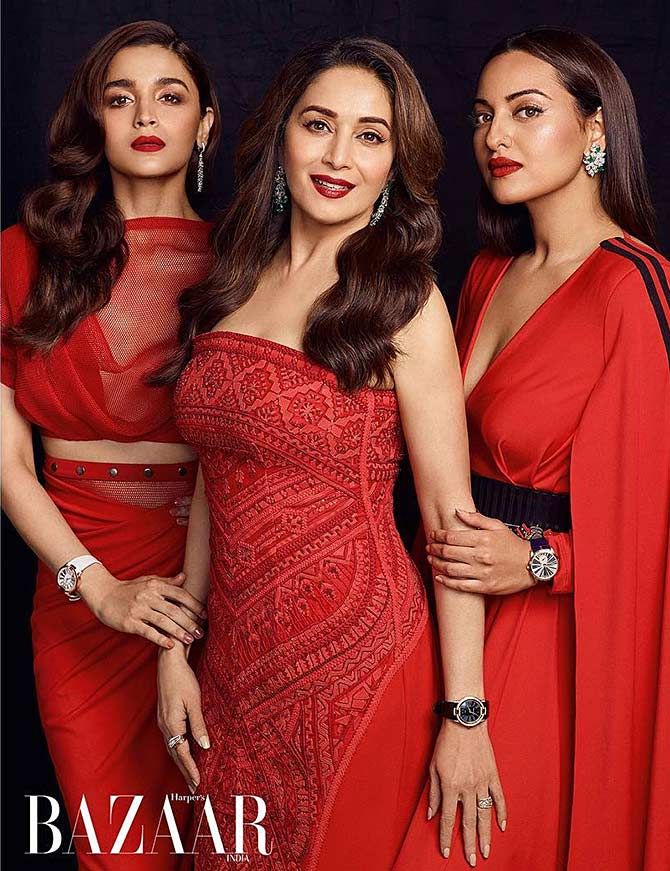 For their second look, the three ladies wowed in red. Alia cuts a pretty figure in a grey gown. 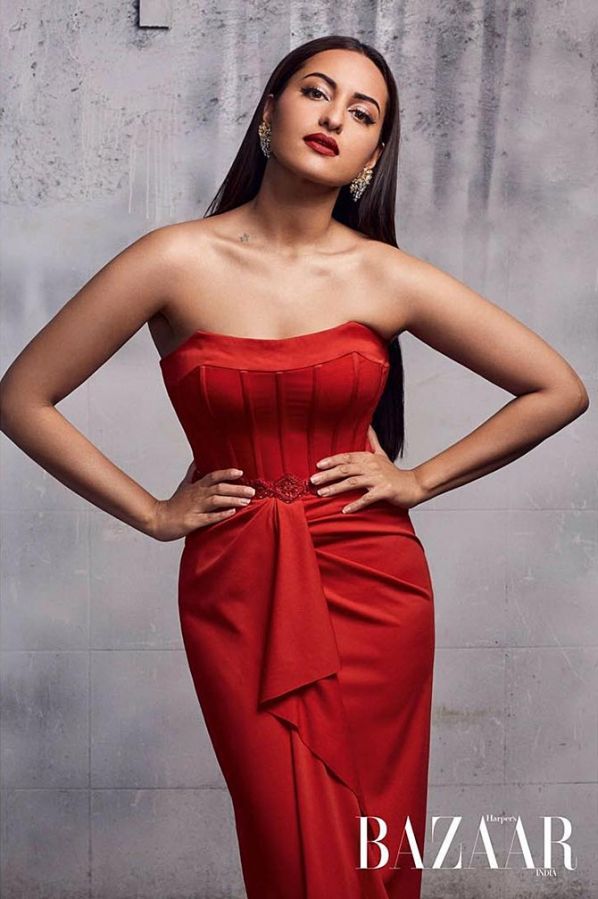 Lady in red! Sonakshi Sinha glams up the cover. 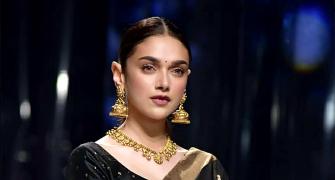 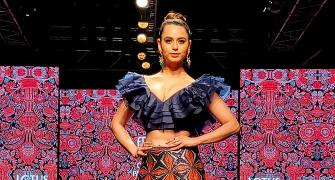 Shilpa, Mouni or Dia: Who wore it better?