'The burkini ban is ridiculous'

"The West needs to accept other cultures. Luckily, the environment I have grown up in is very open-minded.
"A woman needs to be respected no matter what she decides to wear. Canberra-born model Ilana Davies has an Indian connection. Her mother Kavita was born in Mumbai but she married Down Under.

Having been in India for the last three months, she says, she's intrigued by the Indian culture. But she certainly feels India isn't as safe as Australia.

Ilana Davies, 20, -- who is a neuroscience student in Australia and was selected at the Lakme Fashion Week auditions this season -- is ruling the Indian runway with her sensational catwalk.

Scroll down to know more about her work, her discovery of India (and its people) and future plans. Is this your first time at a fashion event in India?

Yes! It is my first time in India. Before this I have walked at Mercedes Benz Fashion Week Australia that was held in Sydney this year, for brands like Di$count Universe, Bec& Bridge, etc. I modelled for nine shows there.

Prior to this, I walked for a small show Fash Fest in Canberra.

Why did you choose to come to an Indian fashion week?

Anima Creatives -- my agency in India -- scouted me. They found my picture on the website of the agency I was associated with in Australia -- London MGT Group. They told me that the Indian market will be good for me and I should give it a shot. Hence, I am here at Lakme.

How many designers are you walking for at LFW?

I will be walking for 18 designers.

How did your modelling career start?

I did my first photoshoot at the age of 16 in Canberra. But it was more like a part-time thing. I never took modelling very seriously.

I started doing my graduation in neuroscience at Australian National University last year. But this year I thought of trying my luck in modelling and doing it in full swing.

I put my education on hold, and moved to Sydney early this year. That's when I got selected for the fashion shows in Sydney.

How did your parents react to your decision?

They have been very supportive throughout, but they definitely want me to get a degree. Guess I have to make big decisions next year. I think I will go back to university and resume studies.

Isn't modelling what you want to pursue?

Honestly, modelling is quite boring. Everything seems to be the same at all fashion shows.

Because I am more of a creative person, I like working with models and photographers.

Frankly speaking, I wanted to earn some money (from modelling) to pay for my education (degree course). I am sponsoring for my studies. 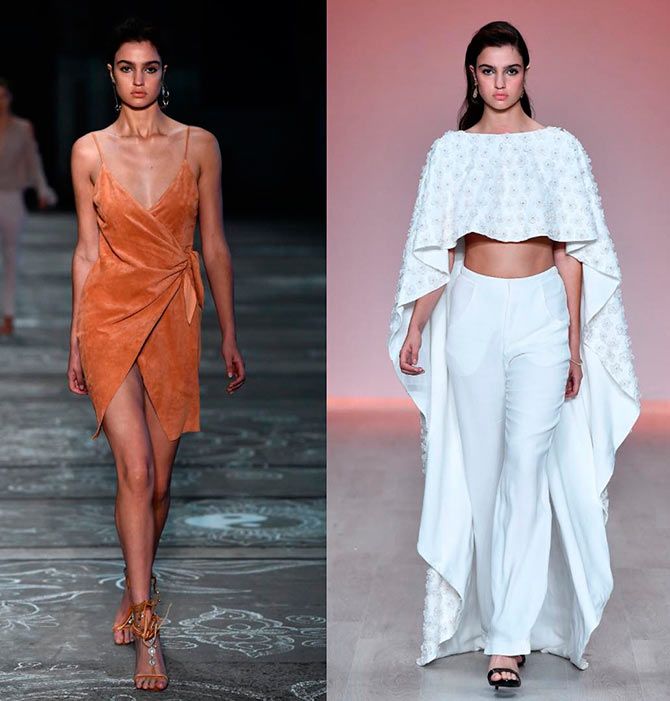 What were the difficulties you faced during your initial days?

When you are moving from one city to another, and not getting enough assignments, it gets very hard to survive.

There was a time when I couldn't find a job being a model. I had to work as a cashier at a supermarket. I never took money from my parents.

In Australia, we don't ask money from parents. It's kind of rude. I guess we are brought up more independently. My folks help me in other ways like emotionally.

How are international fashions weeks different from Indian ones?

In India, there is more importance on choreography. In Australia, choreography is important but what matters more is how professional you look.

Also, I am used to being punctual. Here it's like -- 'Be at this place after lunch'. For me it's specific timings that I work on.

The female models are lot younger in Australia. In India, there's a mix of both young and older models. I think it's good to have both.

Models in India can fix their make-up at least. There's so much assistance around to get things done. In Australia, from make-up to hair, you can't even touch it once it's done. Those who try to alter anything, will get fired on the spot.

What is the flip side of being a model?

The expectations from a model and performance pressure is way too high.

The whole thing about being a model is creating an illusion that she's an unreachable girl.

Your most memorable show.

Di$count Universe. It was a very creative show.

I run regularly. But with fashion week going on, it's very difficult to run every day. Yoga and pilates are two forms of exercises I also indulge in.

I use coconut oil for my hair and body. It makes your skin healthy and better. But it's good for (people with) dry skin like mine. For someone who has oily skin, I don't think they should apply oil.

Green vegetables are also good for my skin. 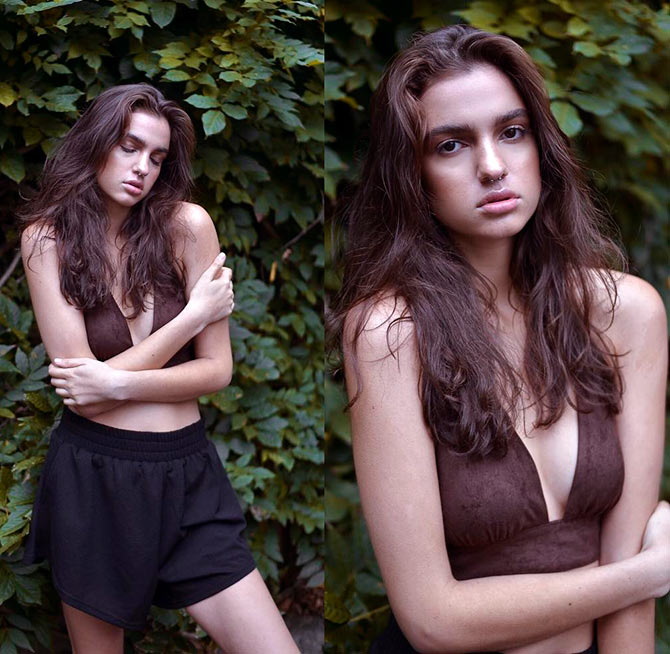 Do you think you have an edge over the Indian models?

I don't like to see this as competition. I always take it as a team effort. In modelling, it's all about having the right look for the job.

Is India safe for models?

In comparison to Australia, India isn't safe. You have to be very sensible. I have experienced few incidents in these three months.

Just like being weird. They made me feel uncomfortable. It's very scary.

I haven't beaten up anyone as of now. Thankfully it's monsoons and I carry an umbrella. I am tempted to hit them. Someday I will… maybe. (laughs)

The best compliment you have received.

I am very professional and hard working.

The worst criticism you have come across.

Sometimes I think people can be really very rude. I just came across someone who said he doesn't like Australians. People who think we are racist, should know Australians are very cultured.

You (Indian nationals) all are easy to talk to and very friendly. I never see or judge people on the basis of their race or culture.

But Indians get up late. Waking up at 11 am is like early for them :)

Body shaming -- your take on this.

Body shaming is one of the reasons I might quit modelling.

But you are in shape. Then?

I think the whole thing is wrong. I just see how girls are obsessed about losing weight. They sacrifice their health for modelling. I would never do that, and I have never done so.

Has anyone told you to lose weight?

Yes. It was in Sydney. But I don't listen to anyone. And I know I am in the right shape.

Do you think Indians dress up well?

I think Indians should start endorsing their own culture a bit more. I have found some people aping to the Western culture a bit too much, which is absolutely fine… but, they should incorporate Indian styles too.

Recently, the French police made a woman remove her clothing as she had covered herself entirely on Nice beach in France. This was followed by a controversial 'burkini ban'. Your comments.

It's absolutely ridiculous. I am getting so angry at this. I read an article about this, and I found it so humiliating.

The West needs to accept other cultures. Luckily, the environment I have grown up in is very open-minded.

A woman needs to be respected no matter what she decides to wear.

I am not too much into luxury brands. I like to shop online. But don't ask me for the names, I can't think of any right now.

From LFW, I really liked Diming Rubu's ensembles. She showcased her collection yesterday.

Dating tips for men and women.

Be confident. If you are feeling awkward about it, don't freak out.

Are you in a relationship?

Give us some relationship goals.

Couples should get pets together. I have seen others getting animals and I think it improves the bond (smiles)

Never rush into anything. Although I haven't faced it, but no one should try to put any pressure with respect to marriage or anything else. Let it go with the flow.

Guess they should be associated with a good agency. Freelancing doesn't really land up with good projects, and it's going to be hard to break into mainstream modelling.

What are your plans after Lakme Fashion Week?

I am taking a break and going to Canberra. I am going to chill for now. I might go somewhere very quiet and relax.

But I have London Fashion Week in the pipeline. That's happening next month. Guess I might do the show that happens around February instead. 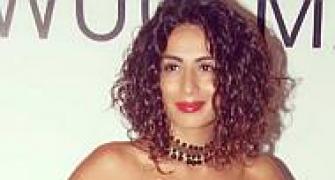 'I whacked a guy who pinched me' How does Madhurima stay so fit? ModelSpeak: I was willing to try anything! 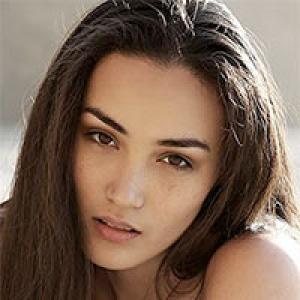 ModelSpeak: My father said I can't do Playboy 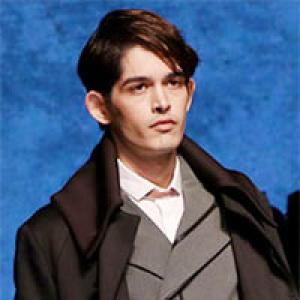