News
Business
Movies
Sports
Cricket
Get Ahead
Money Tips
Shopping
Sign in  |  Create a Rediffmail account
Rediff.com  » Getahead » In Pics: Why Ash is the golden girl of Cannes

In Pics: Why Ash is the golden girl of Cannes

Aishwarya Rai Bachchan is truly the 'golden girl' of Cannes. This pics are all the proof you need.

All eyes were on Aishwarya Rai Bachchan as she strode the 72nd Cannes red carpet in a golden holographic gown.

Looking like a modern-day mermaid, the actor unleashed her inner diva in a snakeskin laser leather gown by Lebanese couturier Jean-Louis Sabaji.

Every time sunlight fell on this gorgeous gown, it changed colours -- from golden to orange, green to yellow.

Over 200 hours of work went into the creation of this gown, which was crafted from 18 m of foiled leather.

'Aishwarya Rai Bachchan is the ultimate red carpet queen and dressing her especially for Cannes made me extremely happy,' the designer revealed in an interview to Vogue Arabia.

'She always wears statement pieces, that's why I created an edgy design with an edgier fabric that only she can pull off.'

While people couldn't stop raving about Aishwarya's look, it made us rethink her love for gold on the Cannes red carpet.

Scroll down to take a look at the many times she rocked an all-gold look at the film festival. 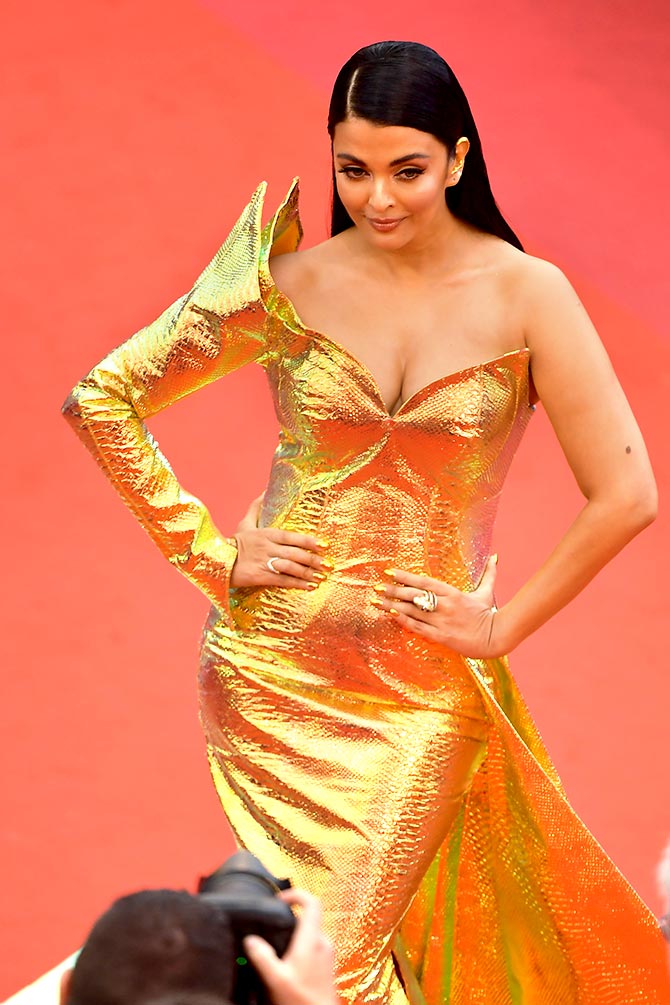 IMAGE: The inspiration behind the gown was 'the power of female deities in ancient Greek mythology'. Photograph: Matt Winkelmeyer/Getty Images IMAGE: Back in 2014, the actor was a magnificent vision in gold in a Robert Cavalli strapless gown. Photograph: Vittorio Zunino Celotto/Getty Images 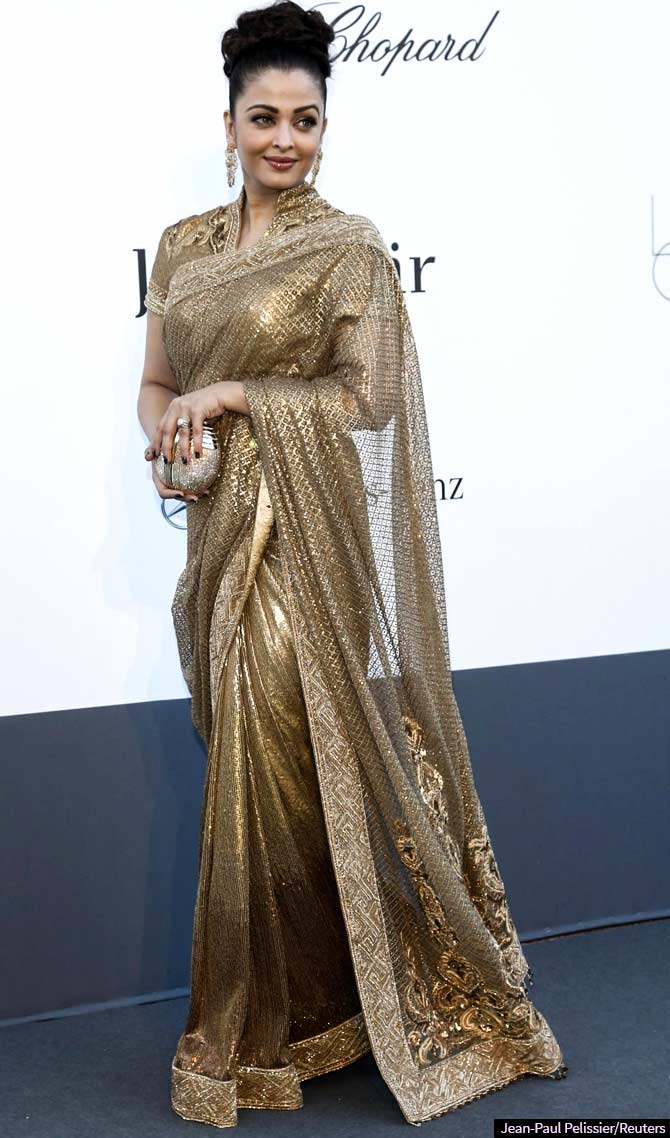 IMAGE: She opted for a sari designed by Abu Jani-Sandeep Khosla for the AmfAR Cinema Against Aids gala in 2012. Photograph: Venturelli/WireImage 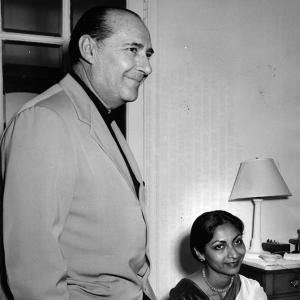 Pix: When the sari weaved its magic at Cannes