News
Business
Movies
Sports
Cricket
Get Ahead
Money Tips
Shopping
Sign in  |  Create a Rediffmail account
Rediff.com  » Getahead » Buckle up, there are belts on the runway

Buckle up, there are belts on the runway

Buckle up! This collections is an ode to the good old belt.

Designer Marina Hoermanseder made sure that the belt was the highlight of her show during the Berliner Mode Salon Spring/Summer 2018.

With skirts, bags, shoes, trousers and cropped tops held together by leather straps, Marina gave the accessory a new leash of life.

It's time you fasten your beats! A model walks the runway at the Marina Hoermanseder show, dressed in a pink skirt made out of a gigantic belt.

The fashion show, which was held at Kronprinzenpalais in Berlin, was really something to behold. 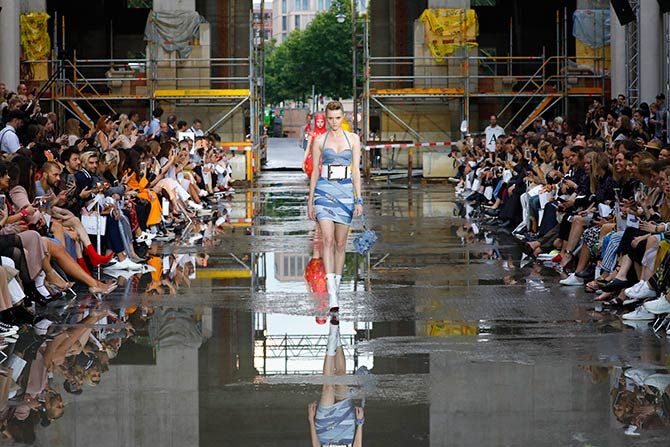 The weather gods sprung a huge surprise with a downpour, but the models braved the weather and sashayed down the runway without a look of disappointment on their faces. The collection had one or more belts for every outfit.
Here models showcase strap skirts made out of belts. The designer knows that belts do much more than just hold your trousers in place.
Forget buttons, the coolest way to keep your thigh-high slits from flapping open is by strapping a belt around them. Models sported belts in all sizes and shapes. This model shows off her printed belt top and skirt fashioned out of belts. Need something to hold your flapping top in place? Don't forget the belt.
The designer came up with ingenious ways of wearing belts -- something that we couldn't have thought in our wildest dreams. Some belts even were used to accessorize dresses too. If you can get over that huge belt clinched at the waist, do give a thought to the one on the model's ankle too. 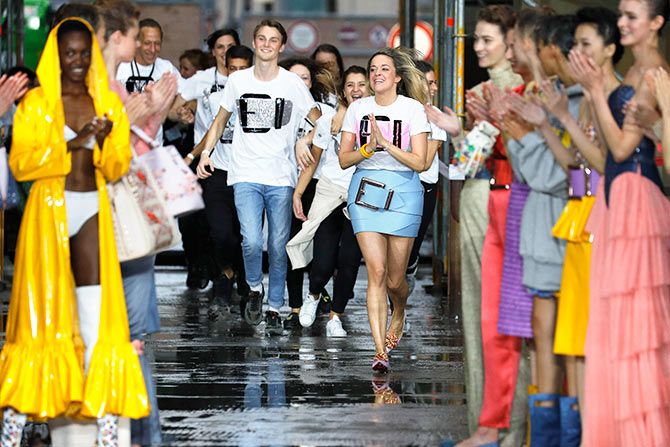 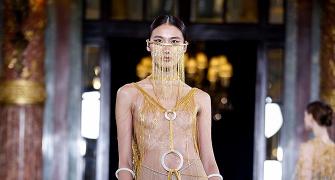 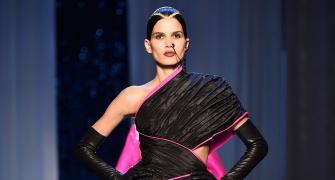 When the sari inspired a French designer! 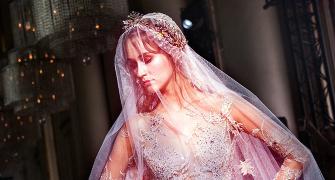 10 #ParisFashionWeek looks you will love forever 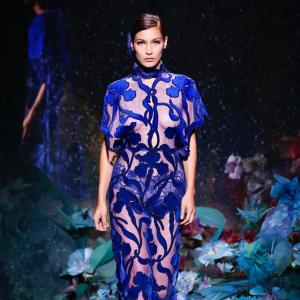