News
Business
Movies
Sports
Cricket
Get Ahead
Money Tips
Shopping
Sign in  |  Create a Rediffmail account
Rediff.com  » Getahead » This Bluetooth neckband is worth your money 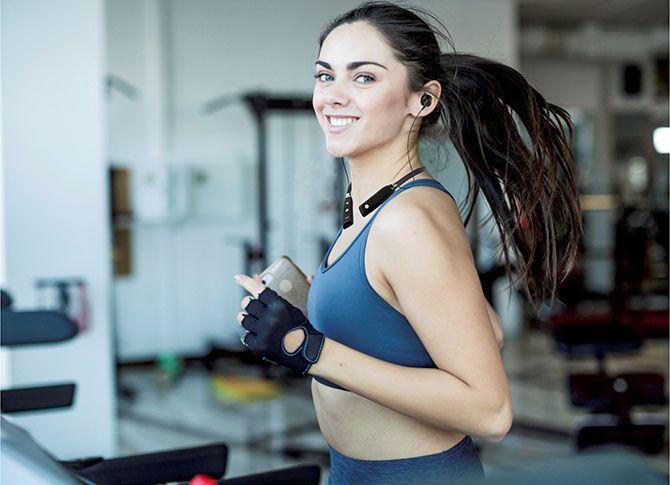 The market is flooded with wireless Bluetooth headsets and earphones that offer multiple functionalities.

As you may have noticed, most smartphone manufacturers are not including the 3.5 mm audio port -- a sign that they are encouraging Bluetooth friendly wireless devices.

They are even becoming affordable with better sound output and have a longer battery life.

It comes with a dedicated voice assistant button to trigger Google assistant in Android or Siri in the Apple devices.

Let's see how they deliver.

The neckband is light weight and comfortably sits on your neck.

The earphone tips are similar to the conventional ones you get in the wired in-ear earphones.

It comes packed with additional two pairs of silicon ear-tips with different sizes to fit your ears.

The in-ear feature helps cut off the ambient sound and isolates you from the surrounding.

Some of you may find it uncomfortable to use as it may cause irritation when used for longer duration. 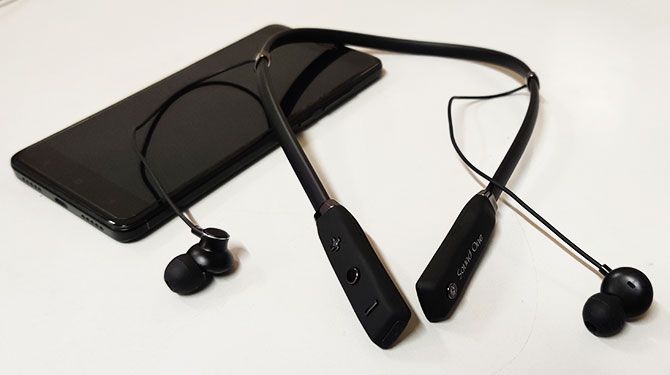 IMAGE: The neckband is light weight and comfortably sits on your neck. Photograph: Ashish Narsale/Rediff.com

The built quality is not the best to boast of.

The panels on the either ends are made of plastic with some kind of rubberised coating on it.

The neckband is flexible and the thin earphone wires runs through the groove on its edges.

The wires are organised by a metal slider, which can be used to adjust the wire length from neckband to your ears.

To adjust the length, you need to push the wires in the neckband groove and then slide the metal slider.

Both the panels have control buttons. 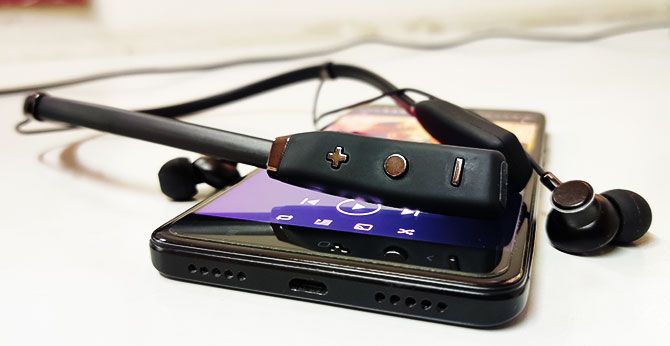 IMAGE: The panel on the right consists of three buttons. Photograph: Ashish Narsale/Rediff.com

The panel on the right consists of three buttons.

The one on the top and bottom is to adjust volume and change the track.

In the centre lies a multifunctional button for power, play/pause and to receive/reject calls.

At the extreme bottom of the panel there is a micro USB 2.0 port for charging which is covered with a flimsy rubber hatch.

The panel on the left has a single voice assistant button.

The in-ears are part metal and part plastic.

The back of the in-ears have magnets to keep the wires tangle free and to avoid the neckband from slipping off.

But magnets are not that strong and can easily separated with a simple nudge. 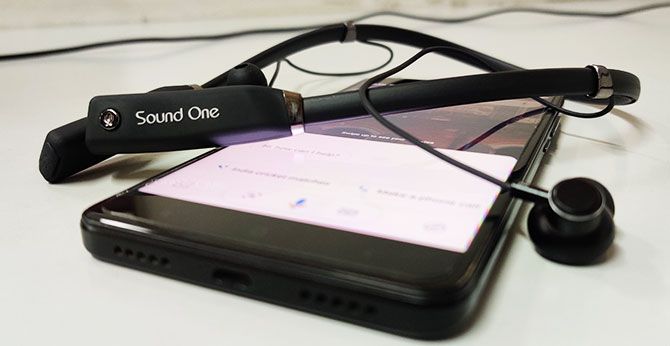 IMAGE: The panel on the left has a single voice assistant button. Photograph: Ashish Narsale/Rediff.com

For testing we parried the earphones with OnePlus 7 Pro and the Xiaomi Note 4.

The sound is loud but lacks clarity and punch.

Once paired, the earphones connect automatically to the phone. You can also answer calls.

The assistant button worked best to activate and query Google assistant and Siri.

The earphone comes certified with IPX5 rating to protected from sweat or splashing of water.

The battery takes two hours to charge completely and lasts for more than seven hours.

Once charged, it lasts for approximately four days on standby when used sparingly.

The SoundOne X60 may not be using the latest Bluetooth technology, but for Rs 1,849, it is an affordable bet.

If you can settle with decent sound and simply want something that can interact with Google voice assistant or Apple Siri through your earphones, these wireless earphones with good battery life may interest you. 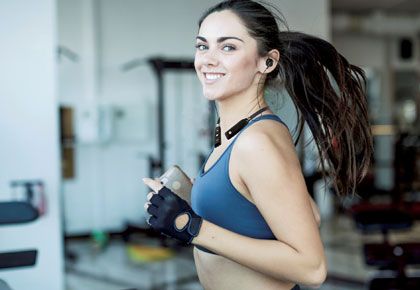 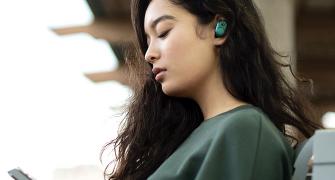 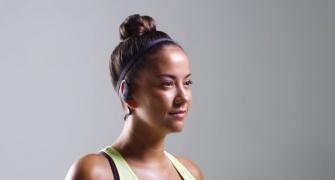 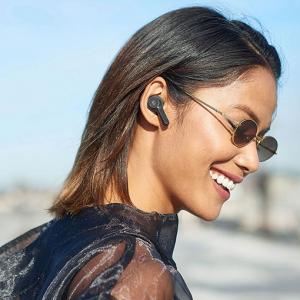 Review: Is Skullcandy Indy as good as Apple AirPods? 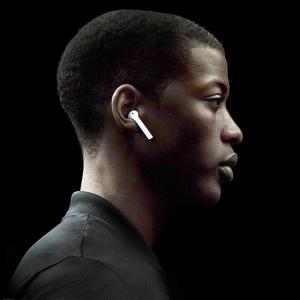 Review: Should you buy the new Apple AirPods?