BlackBerry has got everything in place to help its latest launch become a favourite with consumers, says Himanshu Juneja 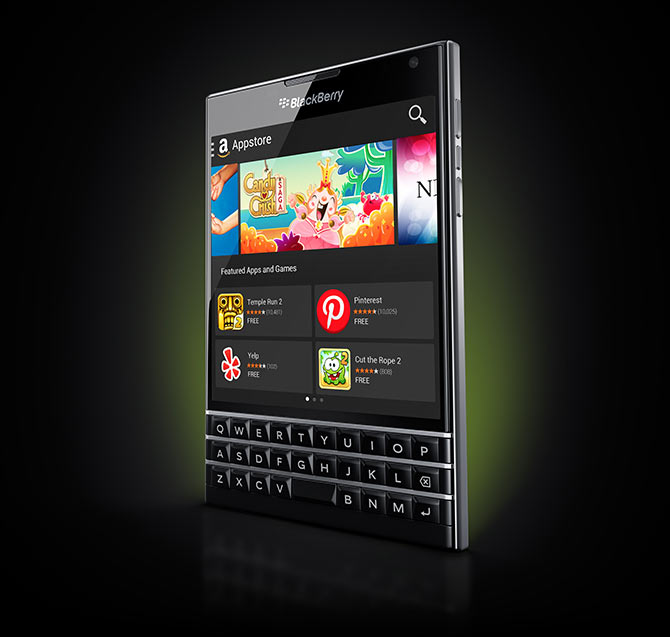 Blackberry launched its newest device, the Blackberry's Passport on September 29. Continuing the tradition, the latest offering from Blackberry seems to be geared towards productivity-driven business professionals.

The explanation for its unusual name comes fromt the fact that the phone sports the same dimensions as an American passport: 128 x 90.3 x 9.3mm.
The phone instantly catches attention due to its unusual square display and with a three-row physical keyboard attached to it.

Blackberry has given the 'Passport' a large square shaped 4.5-inch worth of IPS display. At 1440 x 1440 worth of resolution, the pixel density hits the 453 ppi mark, which is pretty good.

The company is touting the screen to be a major advantage for professionals who have to access visual data on the go for analysis and other work related tasks.

The Blackberry phone is powered by a 2.2 Qualcomm Snapdragon 801 processor. Adreno 330 GPU and 3GB worth of RAM makes up for the internal configuration.

Performance of the phone was pretty smooth and there wasn't any lag to be found during initial hands on experience. The web browsing experience, as well as accessing the menus was without any hitch either.

The phone comes with the all new Blackberry OS 10.3 as well. Blackberry claims the OS to be productivity oriented.

The new operating system has been revamped visually and some new software make an appearance as well. For example Blackberry has added the Bloomberg Professional app for professionals working in the finance sector.

Another stellar feature being Blackberry Assistant. This is Blackberry's first digital assistant, and naturally has people excited. Assistant can be used with voice or text commands, and Blackberry claims that it can do more tasks than Google Now, or Apple's Siri.

The Assistant very intelligently decides the response manner by observing how the user is interacting with it. While typing, the assistant's response is without any audio feedback. If the user speaks to it, the assistant replies back, and if interacting via Bluetooth, the assistant will speak out additional onscreen information to make things clearer.

The Assistant helps out the user with emails, contacts, calendar and other Blackberry 10 Applications. 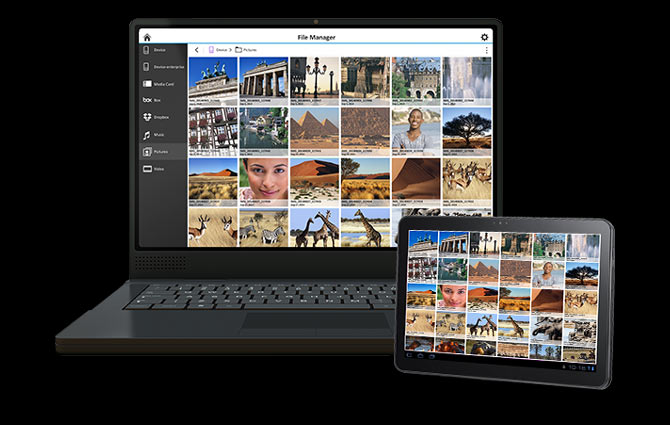 Blend is basically a dashboard, and its main function is to display the work related as well as the personal e mails, text and BBM messages and calendars.

Interestingly, these can be displayed on PC, Macs, Android tablets or an iPad as well. One just has to keep the Passport connected via Wi-Fi or cellular network, or even via a cable with the desired device. This should provide a seamless experience for the users and especially will come as a huge relief for busy users.

The very idea of accessing all the relevant messages, text or mail based, along with the ability to merge the calendar entries in an effortless manner on a large, secondary display really has boosted the OS and the Passport's prospects.

The blackberry phones have always carried special emphasis on their keyboards. The Blackberry Passport doesn't disappoints either. It features a 3 row capacitive touch keyboard. To spice things up, the phone also provides the user with contextual auto correction, and next word prediction as well. One can simply flick upwards to autocomplete. A flick towards the downward direction will bring up numbers and special characters. A flick towards the left will erase one word from the message.

There is also the learning engine which gets to understand the user's typing ways with time.

The keyboard can be used as a trackpad to scroll across the screen, without any need of tapping on the screen anywhere. One can even track the cursor while entering text.

Blackberry has indeed peppered up this section for easing the tasks of the users. These ought to speed things up and if one is accessing data for longer duration and is hard pressed for time, the advantages cannot be ignored.

No wonder that the company is banking on the keyboard as one of its USP.

The BB Passoport is carrying a 13 MP camera on the rear, which comes with LED flash for assisting during low light conditions. Interestingly, the phone also has Optical Image Stabilisation onboard. The camera captures 1080p HD videos at 60 fps of frame rate. Blackberry has made things pretty good it seems.

The rear camera is a 2 MP affair, and is cabapble of shooting 720p videos. One can expect decent selfies at the least.

Blackberry made sure that the Passport comes preloaded with Amazon app store right out of the box. This makes sense as well, since Blackberry's own store isn't heavily populated in this regard.

The BB Operating system allows support for Android apps as well, and this should ease the fears of the prospective buyers regarding lack of essential apps.

A hint of a warning though: there might be a few hiccups here and there with Android apps as they might not be fully optimised yet to run on the Blackberry OS. So a quick compatibility check will go a long way in the future. 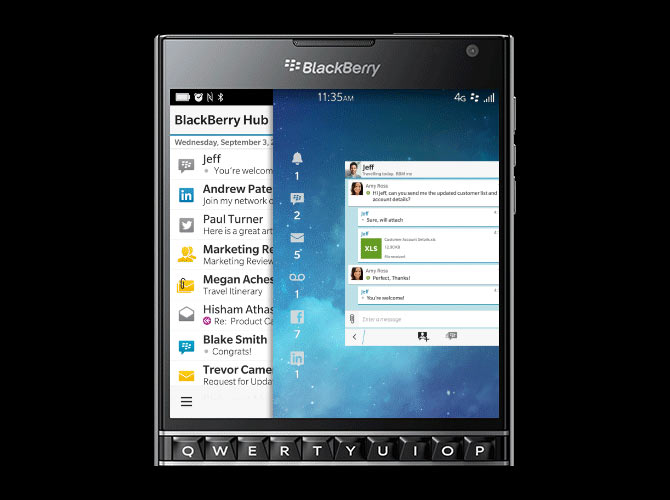 Blackberry Passport comes with a non-removable 3450 mAh battery. The sheer capacity of the battery has turned heads, as the 3450mAh battery is the largest among the top selling smartphones and even the phablets.

The claimed battery life is about 30 hours with moderate usage.

The phone comes with 32GB worth of internal storage. The phone thankfully comes with support for external memory card as well. Users can increase the memory upto 128 GB.

This is indeed a good move, as 32GB might well end up making users feel cramped for space.

Blackberry has launched its latest mobile phone for a price of Rs 49,990. The phone will be available for a pre-order exclusively on Amazon.in. The company is also offering early birds Rs 5000 worth of gift vouchers (redeemable at Amazon.in). Along with this, Rs 5000 worth of frequent flyer miles with Jet Airways are being given away as well.

These freebies are up for grabs only for buyers who book their device before October 10. 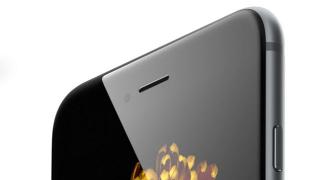 Apple's iPhone 6 Plus has competition! 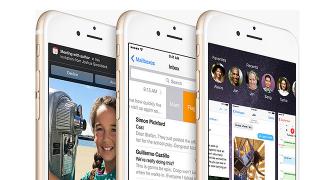 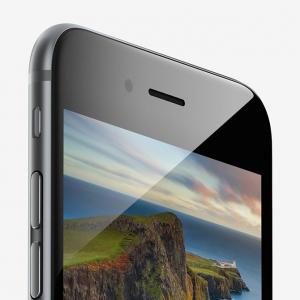 Is Apple iOS 8 a flop show?