The Chanakya, a plush mall in central Delhi, is the city's latest magnet for luxury-lovers.

Oozing with opulence, it is now also home to one of America's oldest luxury brands, one that helped make New York's Fifth Avenue an iconic thoroughfare.

Tiffany and Co, the American jewellery giant that has been around since 1837, made its India debut here.

Sprawling, well, luxuriously, over a space of 2,600 sq ft, Tiffany and Co celebrates New York with large frames of the Brooklyn Bridge and Empire State Building.

This store has been built in exactly the same fashion as its counterparts abroad, and features a striking, transparent, blue-lit glass façade.

The trademarked shade of cyan, Tiffany Blue (yes, the jewellery company features in the names of a novel, a film and a colour), lights up the façade, the walls of the store, its many accessories, jewellery and packaging.

A wheat leaf pattern that is a tribute to Tiffany's New York City flagship store can also be seen on the façade and the walls inside the store. The store is both modern and traditional.

The first collection you see as you enter is one of Tiffany's most recognisable recent collections -- the 'Tiffany T'.

The collection that became an instant hit when it launched in 2014 sports graphic angles and clean lines created by the letter 'T'.

It features bracelets, rings and pendants, all housed in glass cases so clean they have to be touched to be believed.

Jewellery made of turquoise, onyx, mother of pearl and, of course, diamonds is arranged such that each piece stands out without overshadowing the other.

The Tiffany T Smile range, famous for its delicate necklaces in gold, platinum and rose gold, is there too, smiling at you from beneath the glass. Other than the classic collections, the swanky new store has the latest too.

Inspired by nature, Tiffany Paper Flowers hit the stores a year-and-a-half ago.

Diamonds are the focus in these three-petal pendants, each stone gleaming individually despite being clumped together on petals made of platinum. Back in 1851, Tiffany became the first American company to institute the .925 sterling silver standard.

Its sterling silver jewellery range of charms, bracelets, necklaces and earrings is priced from Rs 13,500.

Placed next to this collection is a small but creative exhibit of household items like cups, mugs, stationery, alarm clocks as well, all for cheerfully extravagant prices.

Also available, teddy bears for children and leashes for dogs in Tiffany Blue. 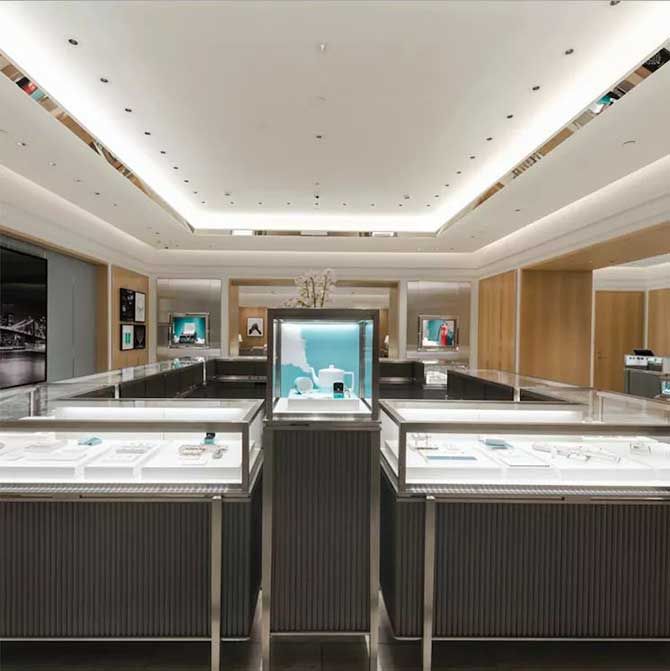 The pièce de résistance, the storied Tiffany Setting engagement ring -- a latent six-prong setting holds a brilliant one carat diamond such that it appears to float above the platinum band and into the light -- has an entire section dedicated to it.

First introduced in 1886, this design is still vastly popular and has inspired many copies for over 130 years.

The platinum-set solitaire ring is priced at an impressive Rs 28 lakh (Rs 2.8 million).

There's a large range of other elegant engagement bands as well, all with six-figure price tags. Jewellery priced at above Rs 30 lakh (Rs 3 million) is not displayed in the store area, but can be viewed on request in the store's private salon.

"It's great for proposals, too," smiles Karan Satija, the store manager.

A copy of a letter by Audrey Hepburn, thanking Tiffany and Co.for allowing the New York storefront to feature in Breakfast at Tiffany's the 1961 classic that immortalised Hepburn and made Tiffany's a pop culture icon, hangs on one of the walls of the salon.

Want a Tiffany Blue Box -- iconic packaging that features what the Pantone Matching System calls '1837 Blue' for the year of the company's birth -- for free?

As Charles Lewis Tiffany told a newspaper in 1906, simply: 'Select a design to put in it.' 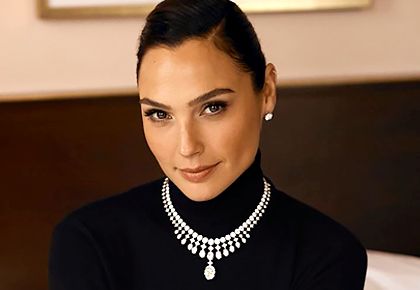 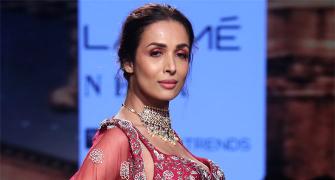 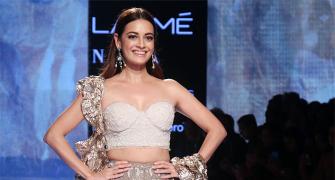 This designer has a message for Indian politicians 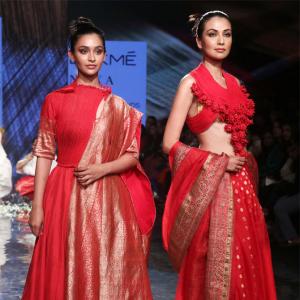 A designer's perfect tribute to India