Where do you keep your phone before retiring to bed?

What is the first thing you do after you get up?

How many hours on average do you spend on your phone?

Do you post everything you do, like your morning cup of ginger and honey tea at your balcony, what you ate at breakfast, how your office desk has lovely plants, your special lunch with colleagues, the traffic jams, dinner at a restaurant or the new bedroom lights you installed?

Or how you are suffering from a cold?

Or how gas in your stomach is irritating you?

Face it. You are obsessed with yourself. You need help.

All your offline activities need not be announced to the world. Anyway, no one cares what you ate and drank.

No one has ever called you at 5.30 in the morning. So, why are you clutching your phone as you take your morning walk?

By carrying your phone and checking it all the time, you subconsciously miss the chatter of birds, the feel of oxygen-rich air, the sound of leaves fluttering in the gentle breeze and the heady petrichor as it has just rained.

As you mechanically walk missing the joy of what you are doing, you feel so terrible not hearing the clink of a notification.

You suffer from the fear of missing out. Missing every little post, video, and photograph even if it does not concern you or is posted by unknown people. As if your life depends on it.

If you cannot check your phone at short intervals, you get withdrawal symptoms.

You need the phone even when you are at breakfast, lunch or dinner. You even take it to the toilet.

You have nomophobia, a condition where you suffer from anxiety if you do not have your phone with you.

You increasingly feel isolated, deprived and unlucky as you read social media posts of friends dancing, travelling, having fun, getting engaged, trying an outfit, buying a new car, eating out and so on.

You feel your life is dull, bland, lonely, colourless and odourless.

You realise you lack self-esteem.

Life is not about comparisons. It is a ridiculous way to live a full life.

Instead, we should be concerned about how we are living with contentment and gratitude.

It is about doing what you like, being at peace with yourself and experiencing the highs of joy. But that is not why Facebook and Instagram were invented.

You love the "likes" and positive comments as it activates hormones like oxytocin and dopamine in your brain.

Slowly, you crave it as it rewires your neurological circuits.

You desperately check every other minute to see who liked your post without realising it is so mechanical for your friends to have liked it without even reading it.

Likes are not real.

"Friends" hit a "like" on your article seconds after you posted it. How did that happen?

Your article contained 1,612 words. How could they have possibly read it?

But, this is the superficial world we live in today. We wallow in the shallowness of it all. Our minds are swirling in a world that does not exist.

Many of us are addicted to doomscrolling which is a habit where we spend excessive time absorbing negative news. We slowly get addicted to it.

When you doomscroll, it may result in harmful psychophysiological responses, warn mental health specialists. 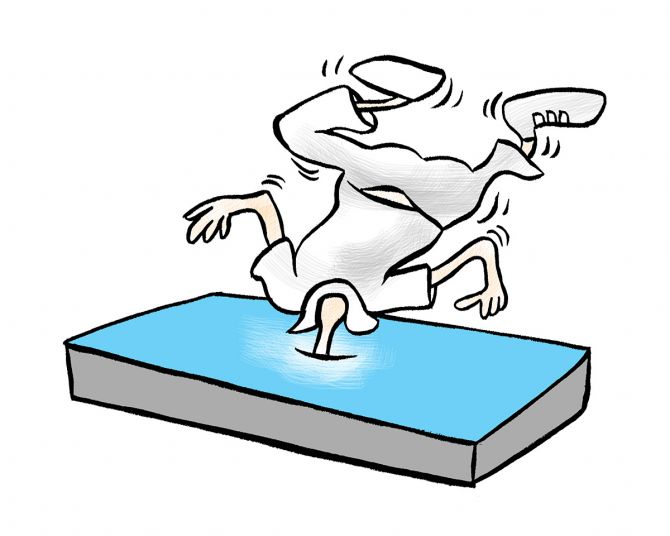 Mobile Internet users in India have swelled to 601 million.

You may have spent three hours today watching reels on Instagram.

You were not the only one. Many others spent more time than you did. But what did they achieve?

Did they remember them a day later?

Even you agree that most of them were stupid, senseless videos.

Look around. So many are addicted to reels.

You just wished one of your relatives a happy birthday on WhatsApp.

She lives in the same city. Or across the road.

Why did you not pick up the phone and talk to her on her big day?

We have just lost the art of conversation and the joys that come with it.

Instead of indulging in healthy discussions, we forward WhatsApp messages that could be propaganda, rumours or fake news. Or photoshopped images.

Critical questions about its credibility does not cross our minds as we are so digitally enslaved.

Why are you getting disturbed when your son plays video games instead of going out and playing an outdoor sport?

He has got addicted to the phone just like you. Children subliminally imitate their parents.

Show your children that you are not a digital slave.

We need to worry.

In Lucknow, a 16-year-old boy was reprimanded by his mother for endlessly playing PUBG, an online game.

Enraged, he shot her dead using his father's licensed revolver.

When the police got to him, he showed no remorse.

The game was more important than losing his mother.

In Mumbai, another 15-year-old boy committed suicide after his parents confiscated his phone to stop him from playing online games all the time.

Increasingly, both children and youngsters are not developing their social and emotional skills as there is no time to cultivate them as they are on their digital devices during waking hours.

The World Health Organization has flagged gaming disorder as a mental disease.

Research findings from the University of Pennsylvania showed the use of social media resulted in decreased well-being. But when consumption was decreased, fewer symptoms of depression and loneliness surfaced.

Researchers from Sweden found that many youngsters who used digital technology were suffering from insomnia, depression and stress.

Researchers found that if an iPad is used before bedtime, there was a reduction in the levels of melatonin, a hormone that induces sleep. It took longer for them to sleep.

As our world gets enveloped with the toxicity of the digital tangle, we all need to detox.

How do we do that? Is it even possible?

We have to designate a time when we consciously refrain from using technological gadgets like phones, social media sites, computers and television.

Only then can we get the time and space to concentrate on real-life issues and interact with real people. Also, to spend time with ourselves.

The digital world has its advantages which we must exploit.

The internet is one of the greatest inventions that has opened a world of possibilities in our lives. But we must not use it to pile up the trivia in our lives and get obsessed with the lowest denominator of public taste.

Findings of an Indian survey of 2000 individuals by Vivo-CyberMedia Research were disturbing:

There is ample reason to be worried. Imagine how this epidemic is spreading with serious consequences.

Start your digital detox today before irreversible damage to health and mental complications stalk your life.

In Mohityanche Madgaon, a village in Sangli district of Maharashtra, a siren goes off at 6.59 pm every day.

It is a signal to the 3,000 odd villagers that it is time to digitally detox.

They switch off their electronic devices including TV so that students can concentrate on their studies and adults on other important chores Another siren goes off at 8.30 pm to signal the end of the digital detox exercise.

Though it is for just 90 minutes, it is making a difference. It begs to be replicated.

Ramesh Menon, award-winning journalist, educator, documentary film-maker and corporate trainer, is the author of Modi Demystified: The Making Of A Prime Minister 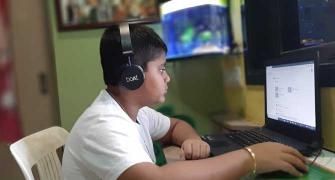 1 In 4 Indians Sleep Less Than 4 hours