DEAR LOVE GURU: My ex is engaged to my good friend Meet Rediff.com's Love Guru, who says, 'I've been told I give some pretty great advice. And some people think I'm funny, so if I can give you a laugh or two after your girlfriend stuck a fork in your face, why the hell not?'

Most of what you have written makes no sense.

If she is attached to her sister and brother-in-law, or even to her whole family, that should not be an issue for you. They are her family.

It’s not like she’s having an affair. And it’s not like she spends an unreasonable amount of time with them, is it? In fact, her parents are not even in the same city.

You not liking her cooking sounds like a complaint from the Middle Ages -- hiring a cook seven years ago would have helped instead of fighting!

And if she has a temper problem, that can be addressed as well, with mature discussions between the two of you. Involving other family members there is a mistake.

You’ve given importance to so many non-issues in your mail to me that I’m wondering where exactly the problem lies. Visit a marriage counsellor -- both of you.

Dear Love Guru
I have a big problem.
I am having an arranged marriage and it is a good match.
The problem is they want me to have ghoongat when elder guests come and when we go to the hometown. When only his parents are there at home, they say ghoongat is not needed.
We have never had ghoongat in our home.
Everyone is telling me not to say no to such a good proposal just because of the ghoongat. But I have never worn a ghoongat and I don’t want to wear.
Everyone is getting very upset with me.
I am wrong in this? I should be adjusting? Please tell me what you think.

You are not wrong AT ALL -- your whole family is and so is his!

Women having to cover their faces is oppressive, regressive and shameful in my opinion. Do not stand for it!

I think you should break this match off because the family you’re marrying into sounds really regressive and treats women like second class citizens.

Dear Love Guru
Offline college has started and, in the very first week, I have really, really liked this boy.
I am not a frivolous kind of person and I never thought something like this would happen to me college.
We don’t know each other really, we are just classmates. It’s all very awkward for me and my friends can see I like him and they tease me. It will be worse if he comes to know.
I cannot discuss this with my family, I don’t want advice from my friends who are my age.
Can you tell me what I should do now?
Confused

It’s just a college crush, my dear…nothing to get so uptight about. It’s normal at your age.

You can tell your friends you don’t want him to know, but so what if he does? Maybe he likes you too or will ask you out?

There’s really no set course to follow in these matters. Just enjoy your college days and years!

Dear Love Guru
This is not exactly a love problem but kind of related.
My ex and my good friend are engaged and it’s left me feeling very awkward.
It’s uncomfortable to see her with him.
I don’t want to give up the group or them because we are all very good friends.
Everyone’s struggling to adapt to the new dynamics and I’m feeling bad.
How do I handle this?

The way you’re feeling is perfectly natural and this situation is more common than you think.

I know of someone who has been in the exact same position as you and he was the bigger person back then.

Today, things are so normal between him and the couple; they’re still good friends and laugh about what was a few years ago.

My point is, what you want to achieve -- a new normal -- is very possible.

Since you’re all within the same group, I’d suggest riding things out. You make an effort to normalise things and they will do the same. The new dynamic will become the norm in time, you’ll see.

Let time take away your discomfort. It will.

Dear Love Guru
Hi. There is this girl I really like but she was with someone else for three years.
They broke up six months ago and we have become closer since then because I am there for her.
She sees me as a friend.
I want to be there for her in whatever way she wants me but, if there is any chance of this becoming something more, I want to try. At the same time, I don’t want her to feel I was taking advantage of her problems because, honestly, I am not. And I always want to be there for her. I don’t want that to break.
I’m in a situation where I don’t know what to do. I really hope you can help me.

Open your mouth and tell her how you feel.

Explain that you want to be with her, but that if she wants nothing more than friendship, you are happy to continue with things the way they are.

Also tell her what you told me; that you are in no way looking to take advantage of her vulnerability, but that you care for her deeply. 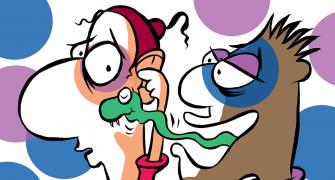 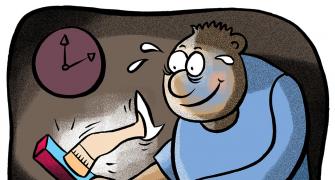 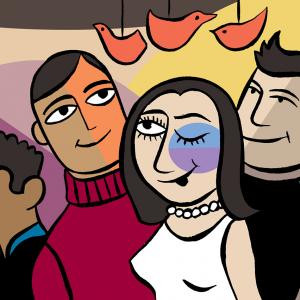 LOVE GURU: 'My wife is flirting with other men' LOVE GURU: 'Is My Marriage In Trouble?'