With overburdened, excessively competitive public universities and an unchecked spurt of private universities, the undergraduate system is in shambles.

To raise the bar for undergraduate education in India, a clutch of private universities -- and some public ones -- are changing the way institutes admit students, run institutions and impart education. 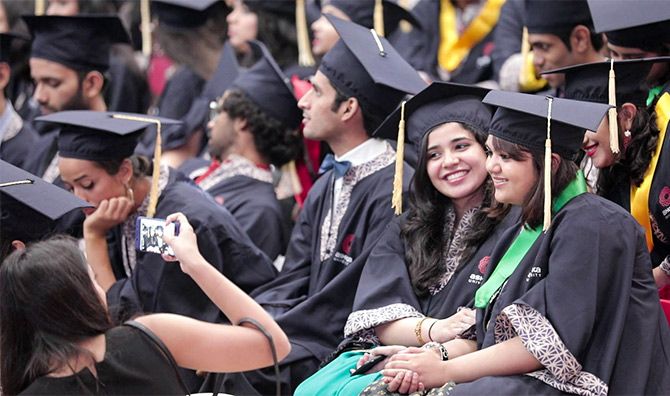 A student who should've been out celebrating her spectacular class XII results had, instead, buried her face in a pillow to muffle the wailing.

Even with an aggregate of 93 per cent, her chances of getting into a "respectable" college for the honours course at Delhi University that she had set her sights on were slim.

This is a generic scene, one that likely plays itself out in most households come exam season, when hopes and dreams of a shiny, new life are traded in the college marketplace with panic-ridden marksheets, entrance exams and cut-off lists.

With overburdened, excessively competitive public universities and an unchecked spurt of private universities, the undergraduate system is in a shambles.

Even the prime minister acknowledges the grim situation with his solicitous new book designed to help students "crack" the exams.

Where there is demand, a market economy will rear its head to provide supply. For a price, naturally.

Thus, countering the prevailing, highly stressed situation and, more idealistically, to raise the bar for undergraduate education in India, a clutch of private universities -- and some public ones -- are changing the way institutes admit students, run institutions and impart education.

While private universities are not a new phenomenon in India, their reputation of being sub-standard, profit-driven enterprises made them the last resort for most earnest students.

"My first choice was always Delhi University, and I'm glad I got in. But till the time I did, there was always this fear that I might end up in one of those party schools," says Ankit Gupta, now an entrepreneur. "In 2007, the private university alternatives came with a sense that you were going to a 'second-rung' university."

Flashy, full-page newspaper advertisements didn't much help the reputation of these institutions, and cases of fraud against institutes such as Arindam Chaudhuri's Indian Institute of Planning and Management made the prospect of attending a private university a gloomy one.

Today, Gupta's cousin is contemplating applying to Shiv Nadar University for one of its various science programmes. 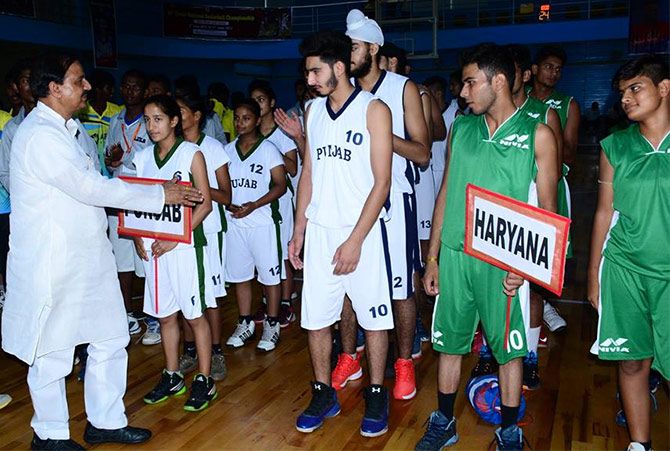 For starters, there is nothing gloomy about the vast open spaces, state-of-the-art laboratories and swish cafeterias at the university. Established in 2011 and spread across 286 acres, the campus is something of an anomaly in its semi-rural setting.

Inside vice-chancellor Rupamanjari Ghosh's office, a window overlooks a piece of protected land, where cattle graze and the whistling teal sings its song.

"The new private university today is not where the 'leftovers' of a class come to study, but students who actively choose to be participants in their own education," says Ghosh.

The fact that the new university space today is intellectually driven rather than being purely profit-driven is setting campuses such as Shiv Nadar University apart.

"You will find that a lot of children of academicians choose to come here, particularly because they know they will have access to the kind of research and faculty in a multidisciplinary set-up that conventional campuses cannot offer," she says.

She cites the example of an economics student who chose to attend Shiv Nadar despite a confirmed seat at one of Delhi University's leading colleges.

"Our university is focussed on a research-driven learning environment, one where students are not just learning but creating new knowledge, even at the undergraduate level."

While Shiv Nadar University's focus is on the sciences, it also has a robust liberal arts faculty, which is a particular draw for students who can, in effect, create their own graduate curriculum by choosing courses across disciplines -- a system inspired by the liberal arts programmes at US colleges.

Interdisciplinary courses -- for instance, a chemistry major taking a course in English literature -- are eye-openers for students who interact with peers from other disciplines and are exposed to altogether new perspectives.

"I am an engineering student here, but I also get to learn about public policy and political history. That's quite exciting because you can actually see the link between technology and politics," says a second-year student at the university.

As history professor Ajay Dandekar lectures on world history and how it relates to India, his comfortably small class strength makes it virtually a personal address to the students.

Though few speak up during the lecture, what is striking is its content and structure. There is no textbook, no noticeable reading material. The professor travels across time with historical anecdotes and references to news items.

A university staffer walks in with a tray of coffee for the students, presumably a feature meant for those particularly sleepy morning hours.

"Especially because it is a residential programme, we want to make sure that this large campus is pleasant and comfortable," says Ghosh.

"At Ashoka, beyond good governance and accountability, it is important for us that our students are treated well. We want to make sure they eat healthy, that their minds are fit and that they can truly focus on getting the right kind of education," says Pramath Sinha, one of the founding members of Ashoka University and the first dean of the Indian School of Business (ISB).

Ashoka borrows several guiding principles from ISB, especially in the kind of global faculty it offers to its students. "We want the best faculty, and we want to enrol the best minds as students. This is a cycle of excellence that Ashoka seeks to set in motion," says Sinha. 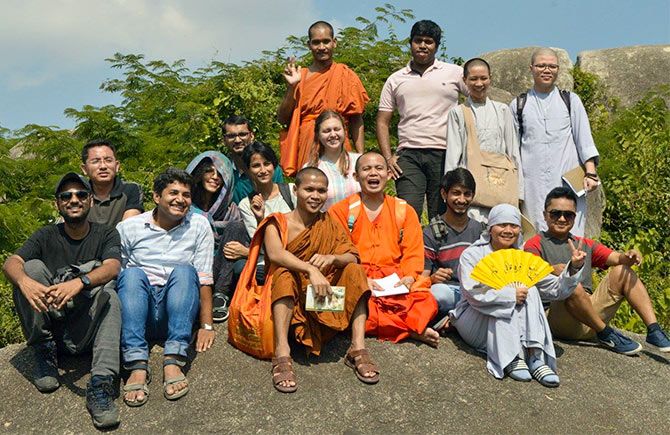 This "cycle of excellence" has arguably not come full circle at most private universities in India. While the fee structure is typically high, admission barriers are low, as are qualification requirements for faculty.

"It was impossible to get into Delhi University given all the politics associated with hiring. I went to a private university in Greater Noida with the hope of making a difference, but most such universities are for students who have a safety net and will eventually join their family business without really needing a degree," says a former professor at the university.

While he was teaching there, a fight broke out between two student groups that soon turned violent. The professor resigned via e-mail.

"These are pure profit-making enterprises. There is no intellectual vision, no motivation to be better," he says.

This is where the new private universities are making strides.

The shift in pedagogy towards interdisciplinarity is what drives the liberal arts courses at Ashoka University.

Set in a similar landscape as Shiv Nadar University's, Ashoka is a tenth of the latter in size and scale. Students head for a plate of fruit at the cafeteria straight after the gym, while others hurriedly finish their course reading on the sunny lawns.

"Besides the obvious, surface advantages of better infrastructure, you must understand that the faculty is drawn to Ashoka because they have the intellectual autonomy to design their own courses as well as pursue research without worry," says a senior professor at Ashoka.

"A government job is not only secure, it also comes with a lot of benefits, including healthcare and pension. If professors are willing to give that up and come to Ashoka, it is because they want to be a part of this exciting change," he continues.

Take the case of professors Madhavi Menon and Jonathan Gil Harris, two of the original faculty members hired by Ashoka.

"I studied in Delhi but went to the US for my PhD and worked there for 18 years. I always wanted to come back to India, but there was no space that would offer the kind of intellectual stimulation that Ashoka now does," she says. "But I think the greatest draw was also in the quality of students that I would be teaching."

Menon highlights the fact that most Ashoka students are those who see and question conventional teaching methodologies and curricula. 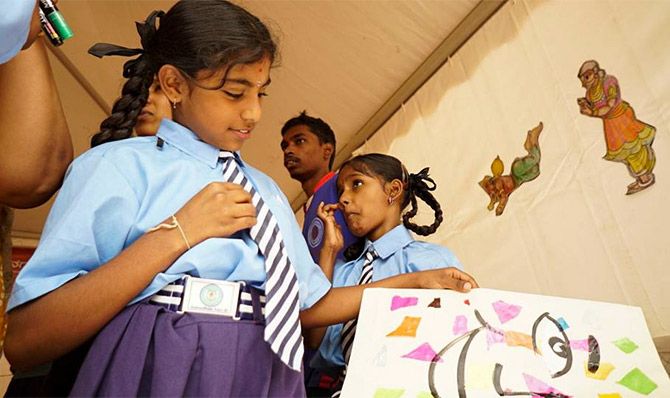 Though private universities have been attempting to offer an alternative space -- and some such as Manipal University, the Srishti Institute of Art, Design and Technology, and the Sushant School of Art and Architecture have been successful in building credible reputations -- their focus has been primarily on placement-friendly professional courses such as technology, architecture, law or business administration.

The focus on liberal arts and the shift to a more nuanced core-curriculum structure is both new and niche.

"I think parents are still hesitant sending their children for a liberal arts education. But there is definitely a shift in how much more acceptable private universities have become to both parents and the students," says Usha Albuquerque, founder-director of Careers Smart, a career counselling centre.

To this end, Ashoka has a full-fledged placements division that is trying to convince employers of the value of hiring more well-rounded candidates for corporate careers rather than merely those who specialise in one or the other aspect of business.

"Though it is a new campus, there is a certain amount of brand awareness that is associated with Ashoka," explains Neena Goel, associate dean for career development at Ashoka.

Shiv Nadar University, too, has an active placement cell, and hopes to work on an incubation model to encourage entrepreneurship at the undergraduate level.

Eventually, what would make private universities more trustworthy are clear guildelines for their accreditation.

"These universities are the most scalable route to reduce competition and improve the quality of higher education," says Albuquerque.

A 2014 report by consultancy EY on higher education in India says that while the country has the most higher-education institutions in the world, it also has the fewest global-standard universities.

In this ecosystem, universities such as Ashoka, Shiv Nadar University and Azim Premji University are not only limited in number but also, it is alleged, exclusionary: all feature high tuition fees and campus living expenses.

Though both Ashoka and Shiv Nadar offer substantial scholarships to students who need them -- a majority, don't, in fact, pay the full fees -- the fee structure is steep, especially for middle-income families.

"There is no doubt that the fee is high, but we also do not want to subsidise education for those who can afford it," says Ashoka's Sinha. "But middle-class parents still need to get used to the idea of paying large fees for Indian universities," counters Albuquerque.

The other problem that comes with private institutions is about financial and intellectual autonomy, especially when it comes to who owns the university.

Ashoka, in that aspect, is relatively unshackled because of its collective philanthropy model.

Shiv Nadar University professors say that there has never been any interference from the backing foundation when it comes to research or teaching. Liberated instructors can only help free up young minds.

Though limited in scope at the moment, new private universities are changing the rules of pedagogy, perhaps eventually leading to fewer tear-stained pillowcases. 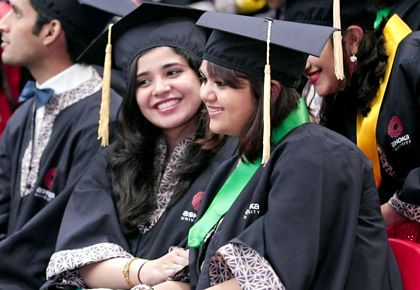 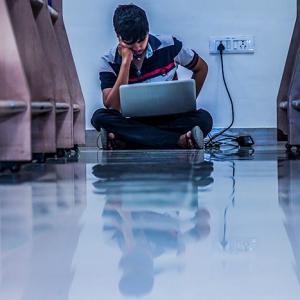 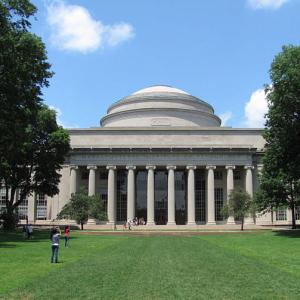