Scientist, humanist, icon, Albert Einstein offered a lot more to the world than E=MC2, which is probably just one of the reasons why he remains one of the most enduring figures in human history.

So what lessons can we learn from a life less ordinary? Virender Kapoor tells us just that. In his new book, Virender Kapoor looks to Albert Einstein's life for lessons that are relevant to our lives today.

Innovation, the Einstein Way gives a brief biographical account of the scientist to introduce him to his readers and through 12 chapters, looks at some of the lessons that we could learn from a life less ordinary.

"What set Einstein apart from several others before and after him was the fact that he wasn't just a scientist but also a humanitarian. He was a philanthropist, an outspoken critic of the war and was dead against the atom bomb, though several believe otherwise," Kapoor says.

"Few scientists have reached the iconic status of Albert Einstein," he adds. "And there is a lot we can learn from him."

He is also the author of Leadership: The Gandhi Way, A Wonderful Boss: Great People to Work With and Passion Quotient.

In an interview with Rediff.com, Virender Kapoor spells out some learnings:

What is the single most important lesson from Einstein's life for young Indians?

Lack of resources need not be an excuse for lack of research.

Einstein honed his investigative skills as a patent officer. People would invent things and he would to approve the patent.

He didn't have expensive labs at his disposal yet in 1909 at 26, he published four top class academic papers.

Today, we have it a lot easier, courtesy the Internet. So, really, there is no excuse to not be able to come up with innovative ideas or frankly just get ahead in life.

Saying 'Don't chase money' is easier said than done. How does one put this into practice?

I don't agree with that.

I do believe that chasing money won't get you very far.

If you are going to measure your worth by money, you are making a big mistake.

Don't let anyone else tell you otherwise.

No one can make you feel inferior without your consent.

Look for self respect rather than selfies!

When APJ Abdul Kalam began his career, he wasn't chasing the money. He ended up living in the Rashtrapati Bhavan. In the book, you've spoken about the importance of teamwork and collaboration. Are there any circumstances under which teamwork can be a hindrance?

There are very few circumstances when collaboration and teamwork can be a hindrance.

Writing books is one such task. It is a lonely road and you must walk it alone.

Even so there are exceptions; you have people who collaborate with co-authors or researchers who team up with their peers.

But teamwork and collaboration are essential to everyone's existence.

It is best if one learns its importance. Respect your team members, give them due credit; don't snatch away their moment in the sun.

You have spoken about imagination in your book and how it is possible to awaken it. For the benefit of our readers, please can you elaborate?

Well for one, start imagining; let your mind run free.

One of the best ways to spark your imagination is by reading fiction, literature and poetry.

Work with people who have a great sense of imagination and you will find that it will slowly but surely rub off on you.

Also, learn to give the task at hand everything you have; immerse yourself in the problem. And, with a little bit of imagination, you will realise that you too may have a Eureka moment, much like our very own Archimedes in a bathtub! :-)

A lot of Einstein's formulae are a product of situations he had imagined.

Daydreaming also contributed a lot to Einstein's work. And it can help you too.

Give yourself a break every few hours; take a long walk; idle around… and just be!

There is a lot of wisdom to what Picasso said: Without great solitude, no serious work is possible.

So learn to get some solitude!

What made music such an important part of Einstein's life? And what can we learn from that?

Music was an integral part of Einstein's life.

He believed that music exists in the universe and masters such as Mozart simply plucked it from there.

At a really basic level, music, or any hobby really, can help you expand your horizons.

It opens up gates of your imagination and inspire you to think beyond the single track that your mind may be on.

Very often, Einstein would take a break from work just to play the piano or the violin and then go back to it.

Why are the Liberal Arts so important?

A lot of our senior managers and entrepreneurs these days are graduates from IITs and IIMs. Having spent a large part of their formative years either learning engineering or management lessons, they miss out on the wonder of words and creativity.

Liberal arts help you get in touch with the softer side of humanity, where a word could mean multiple things and two and two needn't always be four.

An education in liberal arts opens up your mind in a way tech and management education cannot.

It helps you think differently, think creatively and most importantly, think humanely.

You've also spoken about the importance of humour. Is it at all possible to grow a funny bone?

More yes than no.

I have a friend who is very grim on most days but the moment he finds himself surrounded by a jovial lot of people, he tends to loosen up.

So my theory is that it is possible to grow a funny bone. If you surround yourself by people who are genuinely funny, chances are you will learn to appreciate the joke too.

Einstein's brain was supposedly differently constructed from the rest of ours -- it helped the neurons travel faster -- but is it possible to raise one's IQ?

Scientifically, a high IQ is a genetic bonanza.

But people have different opinions. While your brain is hardwired to do certain things, it is possible to use it more efficiently.

Let me explain: Just because someone has a better gun, doesn't make her/him a better shooter. In the hand of a better marksman a smaller gun can cause more damage.

Your brain is an apparatus, quite like the gun. And you are the marksman. If you can put it to good use, it will serve you well.

At the same time the human brain comes with limitations. Not everyone can be a chess grandmaster like Viswanathan Anand but with consistent efforts you can become a better chess player than you already are.

Finally, could you tell us a little about disruptive thinking and how it can help young Indians?

Disruptive thinking is what changes the world.

When people question the very basis of existing beliefs, invariably great things come out of it.

It could be something as large as Copernicus' questioning the prevalent belief that the sun revolved around the earth or something as minor as making an omelette in a way that has never been made before.

Questioning everything all the time, invariably leads to disruptive thinking.

It is what makes entrepreneurs run successful companies or employees rising up the food chain faster than the others.

Every new idea is a result of disruptive thinking.

And it may be weird or silly even but it is what pushes you out of your comfort zone and helps change yourself, your environment and possible even the world. 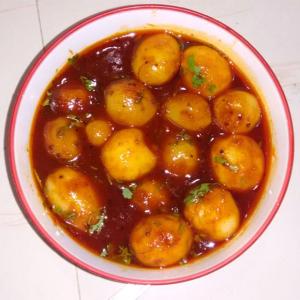