News
Business
Movies
Sports
Cricket
Get Ahead
Money Tips
Shopping
Sign in  |  Create a Rediffmail account
Rediff.com  » Getahead » Fear not students, there is hope in America

'When I look at my new students -- be they an 11th grader from India or an Irish graduate student coming to study public health -- I see more commonalities than differences.

'They were born in a borderless world, a world of the internet and with a deep-seated belief they could live and work anywhere they wished'.

NNS Chandra on how America has changed in the last two decades, but the American spirit has not.

Elections have always fascinated me.

With every significant national government change, educators, like me, get an opportunity to study the policies of incoming world leaders.

Usually, I find my students don't share my excitement.

Things have been a little different this time around.

Since November 2016, my phone has been ringing continuously. And my inbox bursts with emails full of concern.

In public forums the students I meet are worried. I get so many questions about the future.

To sum up the mood, let me post here a question I was posed last Friday on my online chat:

"Dear sir: Respectfully, I disagree with president of America's view on young people like me (being) different (from) most Americans. I am in a dilemma. I really hope you can guide me. I was admitted to a prestigious American university (to study) for a graduate degree. I was asked to join for the spring semester. I am considering not taking admission. What do you recommend?"

There is no right or wrong answer to this student's question.

I replied: "I understand what you're feeling. Many in the education sector share your concerns, including me. But no one president and no one moment defines an entire country of people. I am not an expert to comment on the psychology of a crowd. In my opinion, the decision on choices of education/career/relocation must be based more on logic. Less on emotion."

Let me expand here on the approach of using logic over emotion during decision-making in the challenging Trump era.

I want to assure international students, concerned parents, teachers, counsellors and all who have a stake in what I call education migration: Things are not as bad as they seem.

The total number of international students grew from 1.3 million in 1990 to over 5 million in 2014. In the last several years alone, the number of students migrating from country to country has increased significantly.

For better or for worse, international education is now a major industry. American universities have been the prime beneficiaries. With this much concerted effort and institutional mass behind globalised education, it would be extremely difficult to make significant changes in the current structure.

At the same time, I will not deny anyone the right to be afraid.

A decade of the 'new war' has created uncertainty and a complex new world order. Syria's civil war has created the worst humanitarian crisis since World War II. More than 11 million people were killed or forced to flee, putting pressure on already strained borders. Anti-immigrant sentiment is increasing throughout the Western world.

This issue hangs over elections in Europe and America like a dark cloud.

Vested interests have taken advantage of this mood, and are framing the discussion in ways that benefit them. That may negatively impact the principles of global education.

And yet, I am hopeful.

I came to this great country two decades ago, and I remember it like it was yesterday.

It was a cold winter evening when I landed in Chicago. I lost my luggage in Amsterdam on my way here. When I set foot in the United States, for the first time, I had next to nothing but the clothes I was wearing.

Yet my first experience was magical. I remember being awestruck at the amount of help and support I received, even from virtual strangers. So many Americans -- quite a few themselves immigrants or children of immigrants -- helped me, as they swapped stories of college, drove me to get my Social Security Number, introduced me to the world of burgers, pizza and football.

The America I landed in that day was quite different from the place you might come to today. It was a pre-9/11 era under Bill Clinton. The dot-com bubble had yet to pop. Opportunities seemed abundant wherever I went, as I travelled from Atlanta to Dallas and San Francisco, before finally settling with my family in Iowa.

Much has changed since then. For the country. And for me. I've switched careers, studied in universities and volunteered abroad.

But my greatest experiences continue to come from the times I spend with young men and women from different parts of the world, of different colours and backgrounds, yet united by a common passion.

During a difficult week at work, these are the memories I return to -- the determined and hopeful eyes of young dreamers.

When I look at my new students -- be they an 11th grader from India or an Irish graduate student coming to study public health -- I see more commonalities than differences. They were born in a borderless world, a world of the internet and with a deep-seated belief they could live and work anywhere they wished.

They are not scared, like I was on that first flight to Chicago.

Likewise, the young generation of America has more in common with the protesting youth of Tamil Nadu than their current political and business leadership. The discussion on campuses is led by them.

These are challenging times. But this nation has weathered tougher storms. And it has not run out of opportunity.

The American spirit remains unchanged, regardless of the man in charge.

The author NNS Chandra is an educator and senior counsellor. He is the lead editor of research journal Transitions in Global Education published from Boston.

Is it expensive to study in the US? 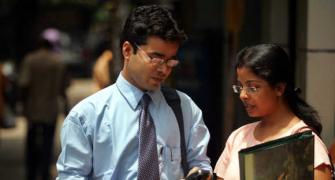 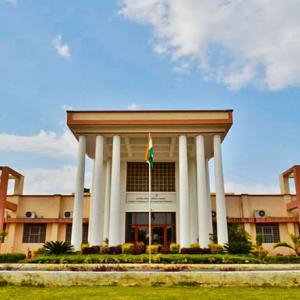