News
Business
Movies
Sports
Cricket
Get Ahead
Money Tips
Shopping
Sign in  |  Create a Rediffmail account
Rediff.com  » Getahead » How to stay disciplined while working from home

How to stay disciplined while working from home

Flexible work hours combined with indiscipline can be a curse in disguise. Do not let the independence impact your sanity. 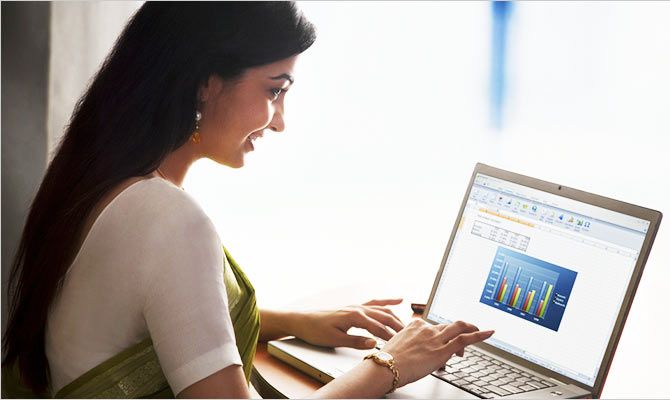 While everything about that latest HP laptop ad, with the walking, talking stereotype of 'today's start-up generation' -- you know, that man-boy with fur instead of ears carrying his laptop around like a jukebox -- might be a little over the top, it was bang on about one thing -- the work from home trend has arrived with a vengeance, and it has set in with an undeniable sense of permanence.

Whether it is a boon or a bane is an argument that is equally heavy on either side, but one thing is for certain -- it is an inevitable, wildly popular option with most bootstrapped start-ups that have their operations digital or digitally augmented.

Its impact on the women entrepreneur which is at the cusp of change, might be the only ticket for most women to have the best of both worlds.

But it need not have to mean that you are staring into an abyss of 24-hour work shifts, with a bowl of potato chips resting on your tummy-cum-table, a cookie crumb moustache held in place by milk and/or soda re, and a body odour emission zone with a 10 feet radius.

All it takes are these easy-peasy hacks that I have rounded in my experience of working from home for over a year, which take no extra effort, and will slither right into your working pattern. Go on, take them for a spin!

Before you sigh condescendingly and write this entry off as cliche, stop and ask yourself -- if it were that obvious, how come most of us don't end up following it?

Flexible hours are a curse in disguise.

They are a commode at the end of a rainbow.

Lawless lands would never do anyone any good. In this case, you are the only one who stands to lose -- as procrastination slowly burns through your social lives, your free time, your me time, your body clock, and eventually, your health.

Fix your timings. And commit to them. Read on to know how.

#2. You hold the whip that will discipline you

Ask your boss for an unwavering slab of working hours.

As soon as the hands of the clock go even a minute past the deadline, like a quick reflex -- find it in you to turn snap the laptop shut, tie that thread around your diary tightly pretending you have managed to trap Satan, and walk away from your workspace like it is a bomb about to detonate.

Trust me, going on a shut down spree is oddly satisfying.

And if you're behind on a deadline, remand yourself to wake up early to catch up on it.

Leniency on yourself here will be a folly, for it will harm no one but you.

#3. Ask your friends and family to suit up and police you

Anyone who really pulls off some serious self-discipline, in my opinion, is a future soldier, ninja, batman, and also, imaginary.

I trust myself with my schedule as much as I would a toddler with his bowel movements.

In both cases, you know how easy it is to just… let go. So, I transferred the burden on to my friend instead, and gave him the permission to bring down the guillotine.

If Rachel dared not defy Monica when she was asked to guard her against making a move on Ross, I am a mere mortal.

You must sign a no objection certificate with them, when they turn up with their agreement titled 'I am God', and authorise them to subject you to their cruel, sadistic, sinister techniques of torture, when you flout your deadlines.

That's not all right, because you will NOT like the way it hurts.

You are that species who can shamelessly put off work all week, and the same shamelessness will even prevent you from sacrificing your weekends so you can catch up on pending work. The result?

Your Friday will see the wrath of the deadline gods. How does this sound?

An all-nighter, as all your friends are already in weekend mode.

Then, sleeping in on Saturday till your battery refills only to discover that it is 5 pm when your eyes open, but you still feel like you could use five more hours of sleep.

And after you get your act together by Sunday, you realise that Monday is just 12 hours away. Ask most millennials if they believe in hell, and they will nod and describe the above as being it.

Now that you are convinced that you need to commit, create a fantasy around your ideal office and working situation, and bring it to life.

For starters, take a chalk (or imagine you are holding a wet green one ready to inflict some misery on furniture), or be a savage, put on some war paint, and mark your territory (try keeping bodily fluids out of it, though). Build a workspace, a home office.

Assemble a table, a comfortable chair, and a dainty little plant that deceives you that life is a meadow every time you look at it.

If you are a journalist like me, in all probabilities, both the table and the plant that sits on it, are three pay cheques away. Instead, get into a fortress frame of mind.

Demarcate your space with furniture you have, set laptop to your eye level accordingly.

Maybe invest in a good chair that supports your back well, steal a plant from the next restaurant you eat at, and keep stuff handy to throw at anybody who tries to trespass.

I'm kidding about the last part. Or not.

#6. And not in the same room as the television

That is not a television, but the elephant in the room.

Soon, your workspace fantasy will crumble like the cityscapes did in the movie Inception, because the TV and the desk are two highly combustible forces with opposite polarities that will immediately react to cancel each other out, and you will be at the point of the Priori Incantatem.

No matter which one wins, you'll be desecrated.

While bathing is not for me (I will turn this argument into one about the evils of capitalisation somehow, and convince you that I am too Zen to need external cleansing.)

But, I have found that the world is inexplicable fond of bathing once a day.

If bathing is an inalienable part of your routine before you take on the outdoors, replicate that even when you work from home.

It will put you in that state of mind that would give you a sense of purpose.

#8. Stare into the distance

Now these are certain hacks to protect your body from the immediate effects of a sedentary lifestyle.

Chances are, the reason you are working from home is because your team has devised a technique to hound each other digitally, which entails a screen, which entails staring at it through the renaissance as well as apocalyptic moments of your job.

Every so often, maybe at an interval of 15 minutes, stare out a window, at an object which is at least 500 metres away. But do not forget to make your best Alexander the Great face.

You get to pretend you are one of those pensive intellectual types, and no one has to know that you are actually thinking about how to tell rhinos and hippos apart.

Also blink frantically, 15 to 20 times, to keep the membrane of your eyes hydrated.

It's worth it just to have your family or roommates drop whatever they were doing, and sprint at you to catch whatever it was that made you blink so hard in disbelief.

If napping was a crime, then yes, I am a serial offender. But life is giving you a chance to start over.

Washing your face, and especially splashing water into your eyes, performs opposite functions at the same time.

It soothes your eyes which are constantly in contact with glare from the screen, but slaps the sleep out of you like an exorcism.

People would call it my phone march.

Ever since my family decided to embrace the 21st century, part with that wired landline and bring home the cordless, I would pace up and down the length of my house to channelise the energy that arose upon hearing of my classmate's break up with my crush.

I realised this would have ninja powers in my current working situation.

An inescapable part of your routine is having most of your communication transpire over the damned phone.

By walking, I don't want to shoot interviewees, that go on and on, at point blank range any more.

I have turned the ordeal into a fitness regime, so the joints in my body do not rust.

Pun not intended. But, to each his own.

It is always better to hate on a narcissistic colleague/boss/interview candidate/client in a garden full of flowers than in the concentration camp that is your home office.

You knew when you called that second wedding picture on your boss' Facebook a great father-daughter moment, the conversation that ensues, will run into the wee hours of the morning.

Put on your sport shows, and get some outdoors while you are at it.

Not only is it being proactive, it is also soothing. I have a garden with a walking track in the campus of my own building.

I might be doing something as unnerving as interviewing my role model, but it all just feels like a walk in the park. (See what I did there?)

#12. Always choose meetings in person, rather than digital ones

If you have the option of choosing the format of your meeting, I recommend you set up a physical meeting, rather than Skyping in or doing it over e-mail.

With a reason any lesser than one that puts your job on the line, you will never give your 'moon' the sunshine it deserves.

Let's just say your laptop, mobile phone, tablet, television are sick of seeing your pathetic love-struck drooling face, and would like some time off as soon as you are done pounding on them for and during work.

They haven't put in a very good word about you with your play station either.

Any self-respecting individual would walk away from that with whatever dignity -- and eyesight, might I add -- they have left. Snap them all shut.

Even if that cell phone looks out of spirits as the brightness on his face is fading out because you won't pay attention to it, be strong and walk away.

You are better than that.

Seriously, you put yourself through enough strain by staring into a screen for eight hours straight.

Replacing it with human contact, after you are done, is highly advisable.

I live for the fact that I get to have lunch with my grandfather every day.

And there's why anyone should miss out on things like these. 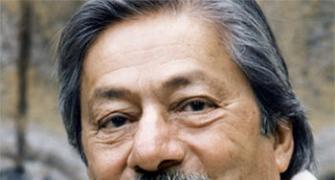 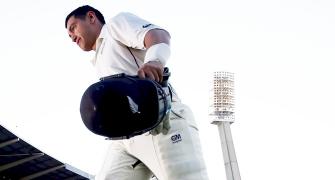 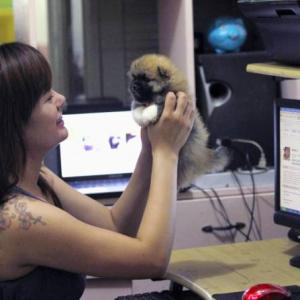 Top 9 hacks to motivate your employees 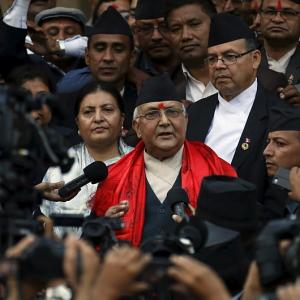 After fuel, China offers to supply LPG to Nepal