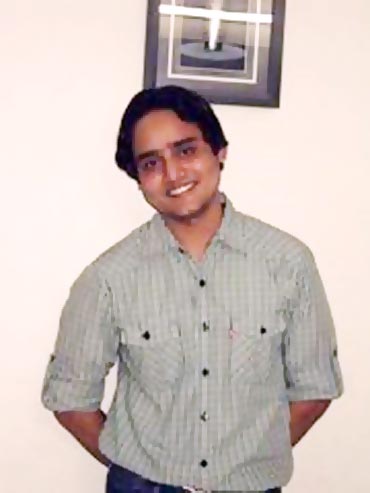 Gaurav Malpani from IIT Bombay and Deepak Mehta from BITS Pilani are two of this year's CAT toppers. Pagalguy tracked down both the toppers, who said they were extremely happy with the results, though did not really expect to top.

Gaurav Malpani said that he never ever dreamt he would top this year's CAT exams.

"I did not think I would be among the toppers. I studied hard and practically but not as much as a person who would top, does. I was sure I would get a 99 percentile plus but topping is something else," said Gaurav.

Gaurav's family back home in Kolkata is delighted and already rejoicing. Gaurav saw his results last night at about 1 am and the first thing he did was call his brother.

"I was so happy that I had to call my family and tell them first," he added.

Gaurav has spent the entire day today taking congratulatory calls and e-mails from friends and relatives.

The IIT Bombay boy has already got calls from IIM-A and IIM-C and is waiting for all the calls to come in, to make an informed decision later.

When asked what he did right to top CAT 2010, Gaurav said that he read up a lot, especially English literature and practised his problem-solving religiously.

'I got 99 percentile but wont get into IIM'