News
Business
Movies
Sports
Cricket
Get Ahead
Money Tips
Shopping
Sign in  |  Create a Rediffmail account
Rediff.com  » Getahead » How to fight your fears: Lessons from a rape survivor

'As soon as the hands entered the thick covers on her body, she sprung up with a jolt, and to her surprise, the hands receded instantly.'
'There was shock writ large over his face as though he was struck by a meteorite or something.'

An excerpt from Rashmi's book Here and Beyond will tell you how to confront your fears.

The book Here and Beyond: Eternal Happiness through Self Evolution written by Rashmi is like a mirror to society.

Through various experiences and stories, Rashmi tries to examine what happiness means to different people and how to tackle problems in every day life.

There are all kinds of problems and related solutions to deal with them.

In the chapter 'Derive those all important lessons,' Rashmi shares the story of how after suffering years of torture, a brave girl fought a paedophile.

The lessons are inspiring and will help you fight your fears and come out stronger. 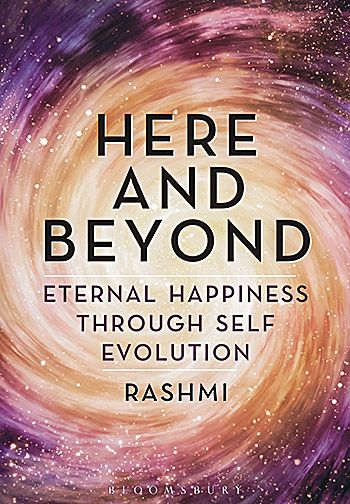 Those dark nights while she slept, he would creep in like a thief -- a thief of her innocence, her sanity, her peace of mind and her sleep for the rest of her life.

She experienced the ‘dirty touch’ early in her life. She wasn’t sure of what was consuming her, so she allowed herself to be swallowed by the demon of lust.

The unsuspecting mind that she was, in the beginning, thought that it was only her imagination that was driving her to doubt the intentions of those actions, but it happened again and again, and then again.

She would experience the nightly visits of doom during her summer vacations that she would spend along with her relatives.

One of the relatives, her father’s age, thought it appropriate to satiate his perverse desires through the naiveté of a child.

These vacations happened once or maybe twice a year. Years of torturous vacations went by.

She started wearing jackets and two trousers to bed, dodging awkward questions from her cousins and their barbs about how stupid she looked wearing such warm clothes in the thick of summers.

This dance of perversion went on for three years; by then, she was older and understood that she was being victimised by a paedophile -- so she decided to confide in a friend.

On hearing this, her enraged friend suggested that she confront her abuser or just plain and simple, beat him up.

Beating him up was not an option, of course, because she was too fearful to take an extreme stand.

Just confiding in another person had been a mammoth step for her.

Confronting him extremely difficult and beating up, next to impossible, but she knew that confrontation of some kind was crucial for her mental and physical survival, so she made up her mind and decided on a plan of action.

One such dark night, she wrapped herself in thick clothing and waited anxiously for her night visitor.

At around 1 am, she heard those familiar footsteps.

Her heart pounding, she could hear the footsteps come closer, until they reached her bedside, and a brief moment later, those rough hands entering the thick covers wrapped around her body.

As soon as the hands entered the thick covers on her body, she sprung up with a jolt, and to her surprise, the hands receded instantly.

There was shock writ large over his face as though he was struck by a meteorite or something.

It was a good sign, and at that moment, she learnt her first lesson: A wrongdoer/perpetrator is terrified of confrontation deep within.

Externally, it may seem like that he/she is not guilty at all, but deep within it is a completely different story.

The second lesson she learnt was: Unless you help yourself, no one else will.

As the hands receded, she got the confidence to finally say the things she had buried deep inside her.

She cautioned her abuser that she would raise an alarm if he did not back off and threatened him with exposing his misdeeds in public if he continued to torture her.

Thus she learnt lesson number three: One feels powerful after having fought against injustice.

It was a small step, but a step, nevertheless -- compared to what she had gone through, the retaliation was perhaps too mild but her victory was in standing up for herself.

In this case, she had two options: either fight against the injustice or let it happen to her till it settled deep into the echelons of her mind; tormenting her for the rest of her life (even long after the abuse was over).

She would be party to the abuse (unknowingly, of course), only because she did not help herself when she needed it the most.

This would cause her immense psychological trauma which would later manifest in different ways and her capacity to think right could be impaired for life.

There is a captain in all of us -- we just have to acknowledge the presence.

The reason why we invalidate its presence is because the captain often leads us in a direction that is cumbersome; the ship may have to pass through choppy waters and stormy weather before it can
cast its anchor at the right destination.

More often than not, we choose alluring routes simply because they appear painless or easy to manoeuvre -- the mind is consumed with, either fear of failure, ignorance or simply – laziness.

In the example of the brave little girl above, it was evident that the first steps had to be taken by her in assisting herself to rise from the dark clouds of despair.

She sought solutions to her problem, took action and learnt her own lessons/truths. She started gathering her pearls of wisdom from the depths of the sea, while her ship was being steered in the right direction.

She learnt that a problem/challenging situation can be handled with a well-rounded analysis of the situation; finding solutions and putting them into action -- consequently leading to closure.

She would have to face many grave problems of different kinds for her to become a master at problem-solving and gain wisdom (ultimate truths), but she would know with certainty that she had embarked on a fruitful journey.

Excerpted from Here And Beyond: Eternal Happiness Through Self Evolution by Rashmi, with the kind permission of the publishers, Bloomsbury India. 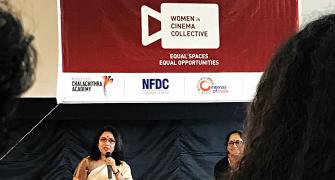 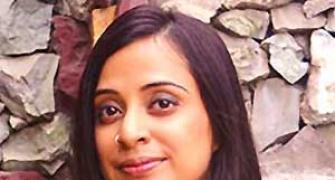