News
Business
Movies
Sports
Cricket
Get Ahead
Money Tips
Shopping
Sign in  |  Create a Rediffmail account
Rediff.com  » Getahead » Suzuki Gixxer ABS: Is it worth your money?

If you've always fancied a Gixxer SF, or a full-faired bike in that magical 'under Rs 1 lakh' space, then you really shouldn't hesitate in forking out the extra dough for the Gixxer SF ABS, says Zigwheel's Saeed

Has the addition of an Anti-lock Braking System (ABS) made the sterling package that is the Gixxer SF even better, and is it worth the hike in price? 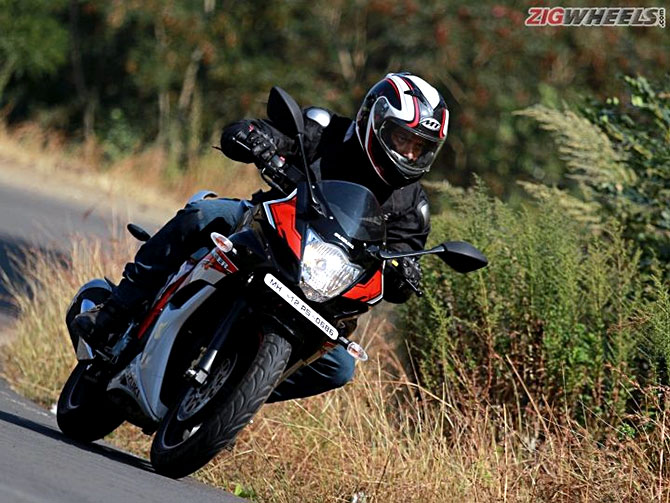 If we were to give it its full name, the bike we have here today would be called the Suzuki Gixxer SF Fi SP ABS. Quite a mouthful, isn't it?

You see, a few years ago, when Suzuki India re-entered the 150cc motorcycle space with a stormer of a naked street bike it, was called just the Gixxer, rather ambitiously borrowing its name from Suzuki's hallowed litre-class machine.

Then came its faired version, and with it the 'SF' monicker.

And finally, what we have here today is its snazzier sibling, the one with all the bells and the whistles like fuel injection, new paint job and the biggest feature that fans have been clamouring for, an anti-lock braking system. FI, SP, ABS -- in that order.

For brevity's sake, let's just stick with Gixxer ABS for the rest of this review, shall we? ;-) 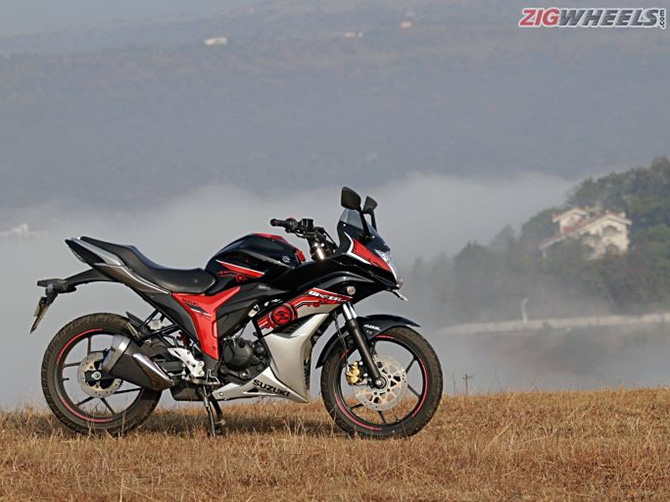 Visually, nothing has changed on the latest version of the Gixxer from its standard sibling save for the subtle 'ABS' sticker on the front mudguard and the new paint job. It's a mix of red and black graphics over the black and grey bodywork, done up in a digital circuit board-esque type of theme -- no doubt an effort to communicate the sense of techno wizardry that ABS and fuel injection brings to the table.

It is a nice way of differentiating your more upmarket bike from its plebeian sibling. But we still prefer the MotoGP-inspired trademark Suzuki blue and lime green livery of the standard bike. 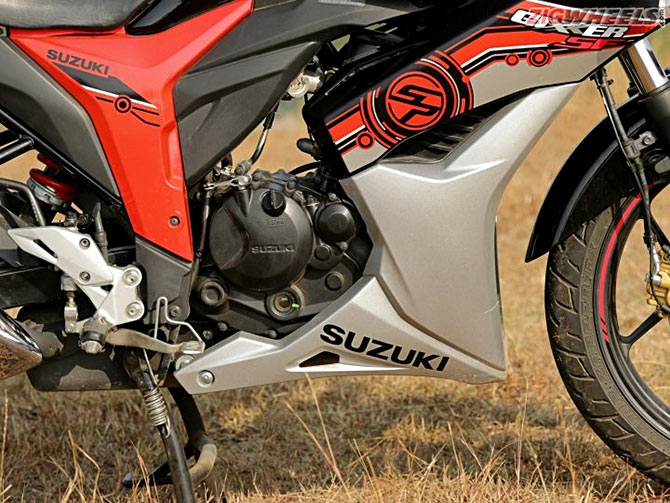 Seeing as how the Gixxer ABS is virtually unchanged from its standard cousin, if you were a fan of the original, you would like this iteration just the same. However, we noticed a number of inconsistencies in the build quality that we don't recall seeing in the old bike.

For instance, the all-digital instrument console wobbled around in the large fairing housing as if it was held in place just by a screw, and some of the panel gaps weren't as smoothly fitted as we've come to expect from Suzuki thus far. 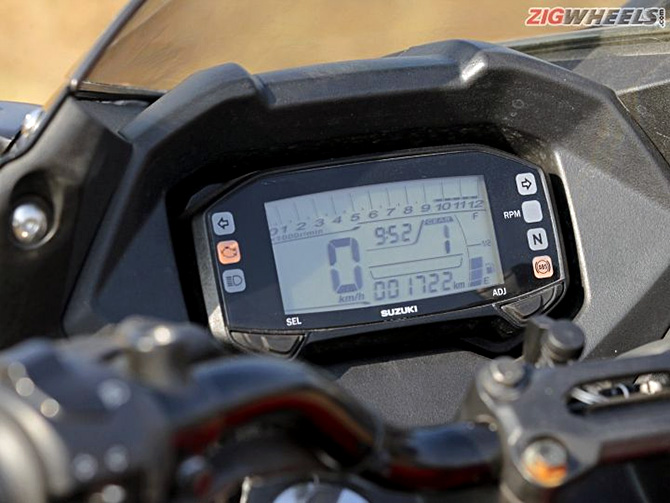 The 155cc air-cooled engine, thankfully, is still a gem, carrying over all the trademark Suzuki smoothness and refinement. As we've seen before, although power and torque figures still remain the same at 14.8PS and 14Nm, fuel injection has imparted the bike with marginally better throttle response.

This is especially evident at lower rpms, the bike chugging on effortlessly from speeds as low as 35kmph in top gear.

Vibrations have also been reduced by a fair margin and the most annoying thing you can complain about the bike, even at the 10,000rpm redline, is just a mild buzz from the handlebars and footpegs. 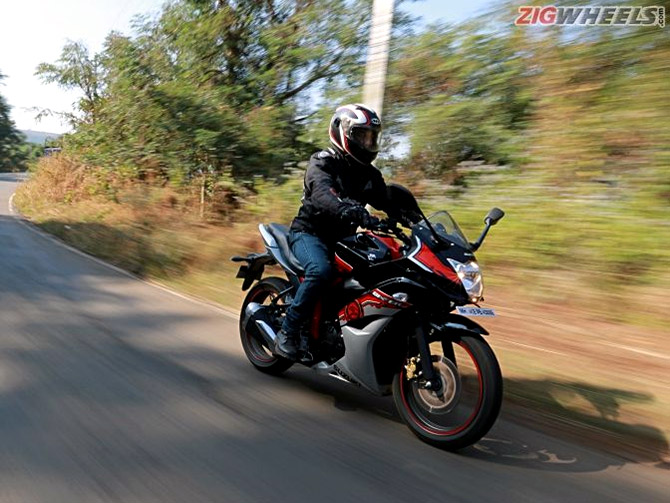 And while kerb weight has increased by 1 kilo thanks to the ABS unit, it is a negligible increment that has virtually no effect on the performance figures, and strapping our testing rig on the bike proved the same.

The Gixxer will still sprint to 60kmph from standstill in 5.21 seconds, while the century mark comes up in 17.56 seconds. 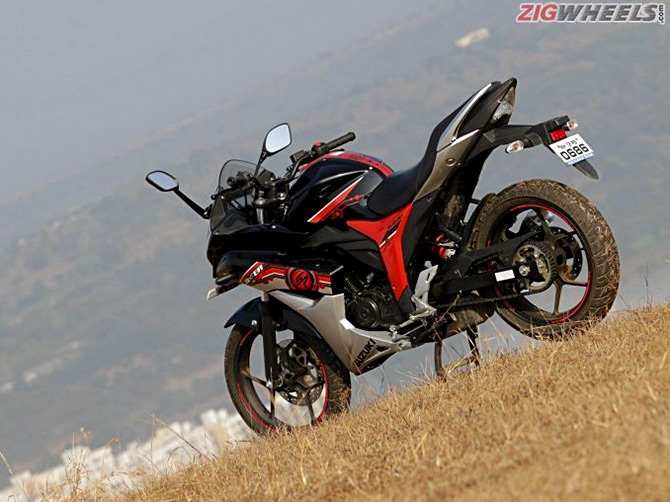 It is a similar story on the handling front. The SF has always been an adept handler thanks to its meaty 100/80 and 140/70 tubeless tyres mounted on 17-inch alloys and that holds true for the ABS model as well.

Coupled with the equally beefy 41mm front forks and 7-step adjustable monoshock rear suspension, the SF is an able handler. She turns in into corners beautifully, and has no problems holding the line that you want it to, imparting you the confidence to push her harder and charge through faster. 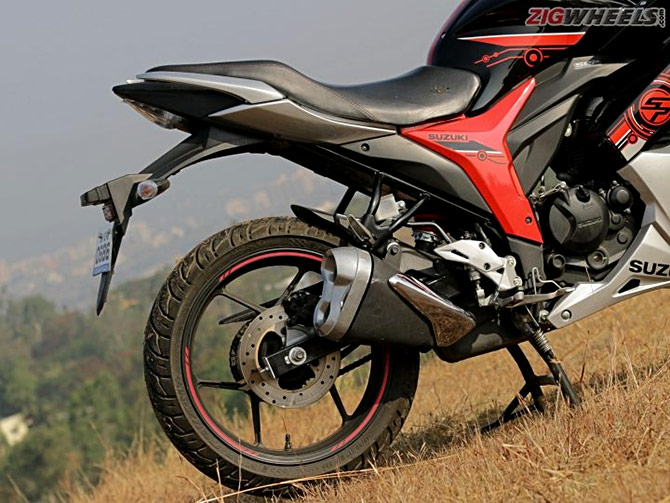 The tiny downside of this handling prowess is that ride quality suffers a bit on this full faired bike. While the SF will trundle effortlessly over the rough stuff with the same level of solidity, some of the bumps will be transmitted upwards to your spine thanks to the firmly set rear monoshock.

Riding with a pillion subdues the skittishness a fair bit, but what we would really recommend is turning down the preload all the way to its softest setting if you regularly ride on lunar-surfaced roads. 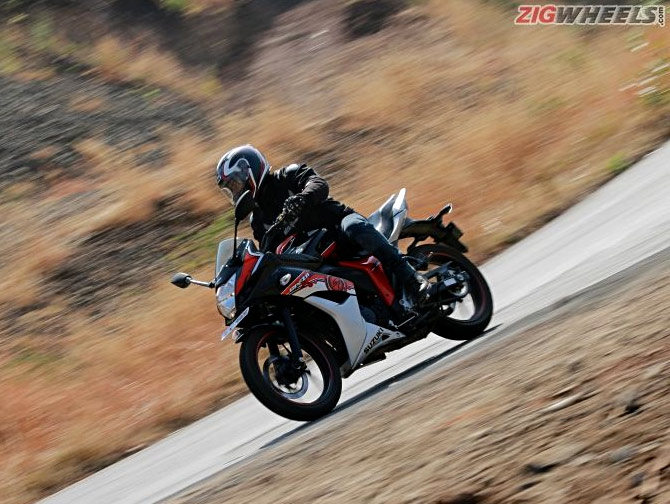 Ah yes, the braking, the all-important part with this update.

Unfortunately, while ABS is the big selling point of this update, it is a single channel unit, something akin to what we've seen on the Bajaj Pulsar RS200.

Here, the Bosch unit acts on the 266mm front disc brake, while the smaller disc out back makes do without the safety feature. 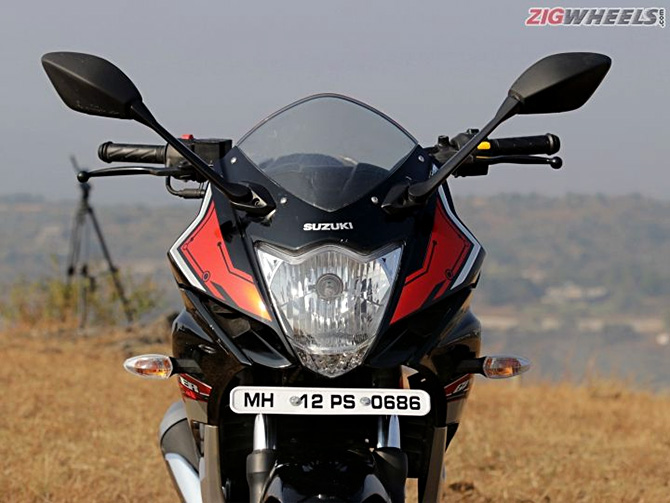 The standard Gixxer SF with the optional rear disc already has pretty good braking performance, and the addition of single-channel ABS has improved its capabilities by just a hair's breadth on dry and grippy tarmac.

While the former took 17.20 metres to come to a dead stop from 60kmph, the Gixxer ABS covered 17.48 metres for the same. But that is to be expected when you are braking hard on a grippy surface.

It did pull to a stop a bit quicker though, taking 2.41 seconds versus 2.43 seconds.

Dial up the speed to 80kmph and the ABS-equipped bike performed a little better, covering 33.64 metres, while the standard Gixxer did the same in 34.82 metres, when we dropped the anchors.

That said, it is safe to say that braking performance for the standard Gixxer and Gixxer ABS are pretty much in the same ballpark.

However, what the inclusion of ABS does is impart the bike a sure-footed nature that is even better than before, especially in the wet and/or loose surfaces.

Brake feel is still spongy, just like it is on the standard Gixxer/SF, and that is attributed to the choice of using more affordable rubber brake hoses (instead of steel braided ones) to keep costs down. But the bike now stops without any wavering or loss of confidence even when you grab a handful of the lever.

You really have to work quite hard to make it break out of line, and that should be confidence-inspiring for most buyers. That said, it is up to the rider to get acquainted with the bike's braking abilities and meter out the front and rear braking effort in the most effective way possible. 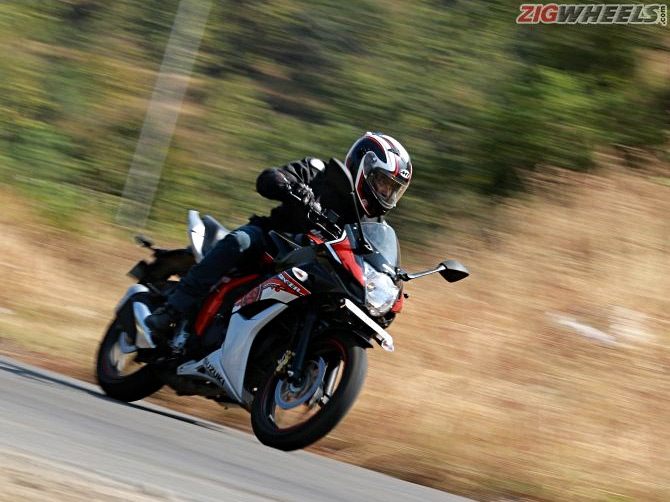 The Gixxer SF Fi with ABS retails for Rs 98,928, ex-showroom Delhi, which is a premium of almost Rs 6,000 over the fuel-injected Gixxer SF. While there's no price one can put on safety, the fact that it is just a single-channel ABS might decrease the value proposition of this bike in the minds of some buyers.

That said, it is the smallest-capacity motorcycle in the country that you can buy today, with this safety feature and that's certainly worth some bragging rights. 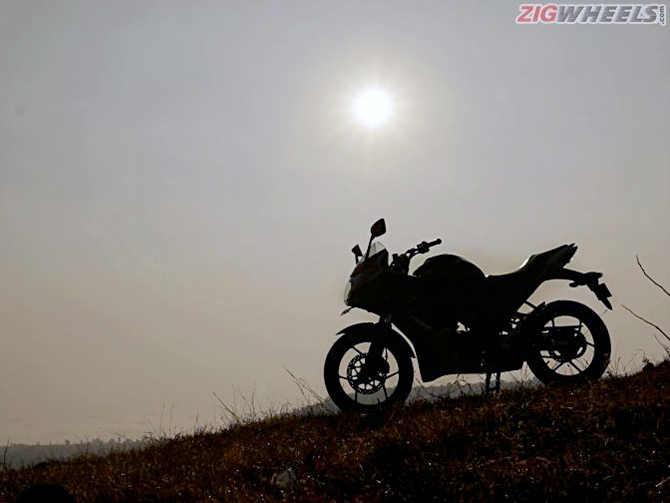 However, it has to live with the fact that there exists the TVS Apache RTR 180 ABS, a more powerful motorcycle which gets proper dual-channel ABS, and retails for just Rs 92,647. This does make this bike a bit of a hard sell.

But if you've always fancied a Gixxer SF, or a full-faired bike in that magical 'under Rs 1 lakh (ex-showroom) space, then you really shouldn't hesitate in forking out the extra dough for the Gixxer SF ABS. 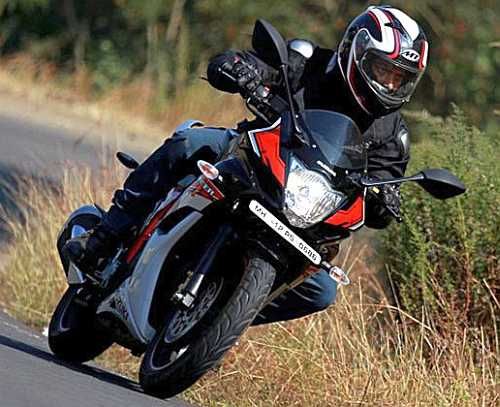 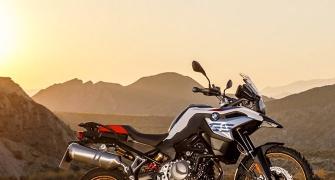 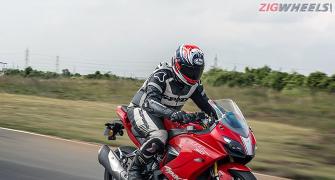 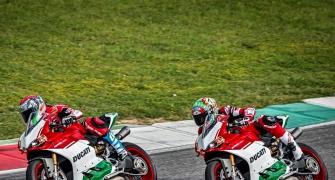 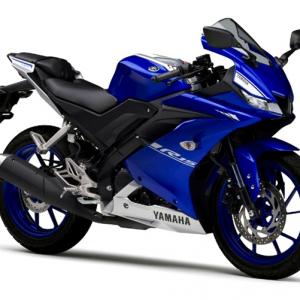 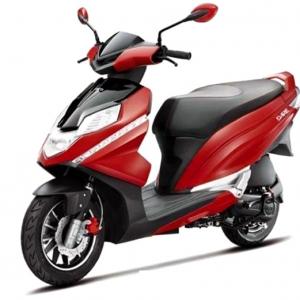