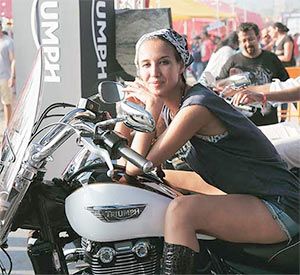 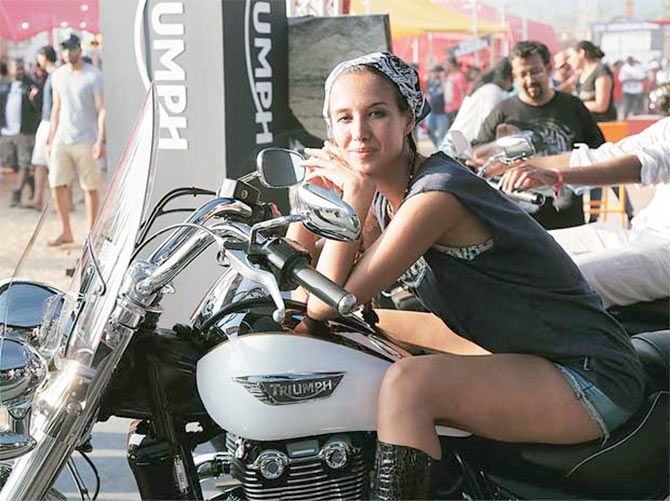 The sun-kissed beaches of Calangute in north Goa's Arpora region wore an almost deserted look as Indian and foreign tourists, along with the locals, rushed to watch the thousands of bikers who had converged for the India Bike Week (IBW) 2016 on February 19 and 20.

The event was not about launches and the unveiling of motorcycles. Rather, it was about motorcycle riding, of leather attires and boots, tattoos, beer, wine, loud music and, above all, the brotherhood of riding.

For once the male bastion was shattered by tough, but elegantly attired, women riders on their monstrous Harley-Davidsons, Triumphs, Ducatis and Bennelis. Motorcyclists from across the world -- Australia, South Africa, Malaysia, UK and Germany -- rode into the Arpora Sporting Grounds to be part of the annual event that is beginning to grow in stature and significance. This show also owes much of its success to the Goan landscape and its people who embrace modernity and cultural fusion with great alacrity.

While there were bike manufacturers like Indian Motorcycle (Polaris group), Ducati, Harley-Davidson, Triumph, DSK Benelli, UML (a joint venture between UM Motorcycles of the US and Lohia Auto) and Mahindra Two Wheeler with its Mojo, it was the different bikers clubs that got the show alive.

The roar of over 12,000 bikers who joined the "Great Migration" to the festival that is in its fourth year was the defining moment. Around 700 riders registered on the "Ride to IBW", with medical support and marshalling, from Nagpur, Mumbai and Bengaluru. Bikers atop superbikes paraded in from cities across India like Kolhapur, Bengaluru, Mumbai, Surat and Ahmedabad.

The festival was launched by Harley-Davidson's parade of over 2,500 HOG (Harley Owners Group) riders down IBW's Main Street, followed by the DSK Benelli riders. Next was the turn of Triumph motorcycles, with a parade consisting of the hundreds of bikers who make up the Riders Association of Triumph.

The community also witnessed the unveiling of several new bikes. DSK Benelli showed the TRK 502 and Benelli Tornado 302; Triumph came with the new Street Twin T120 and Thruxton R; Harley-Davidson had the new 1200 Custom; and Ducati the Panigale 959. Indian Motorcycle announced the formation of its own Indian Motorcycle Riders Group-India Chapter at the two-day event. 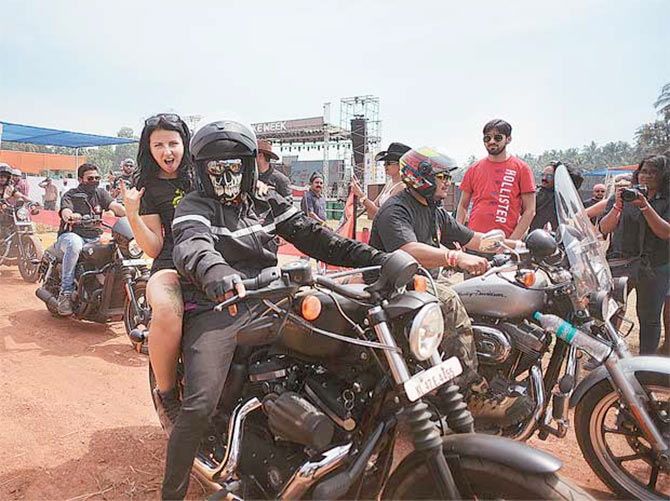 Manufacturers and sponsors amped up the motorcycling experience with a dedicated test ride track and activities like the 'Triumph Tiger Academy' (to give Triumph owners an insight into what the Triumph Tiger range can achieve and to train them to attempt it); Harley-Davidson touring bike demo, and Shell the Rev Up zone with its Dyno Wars, where motorcyclists could rev up their bikes on a machine (like a treadmill) and test the power of their machines. The Howling Dog Bar served as the centre of attention, hosting the "innovation bike" display with models like the Monowheel, a single-wheel vehicle derived from the concept of planetary gear box and the Skatocross.

Next up was the "Moto Art Collective", a curated collection of motorcycles, and moto-culture inspired art, with biking lifestyle elements such as tattoo artworks by Body Canvas, live graffiti and air brushing by Maria Jurkina, sculptures and painting by brothers HAMMEred & IRONic projects from one of India's most creative bike builders, and moto-photography by Ronnie Sequeira.

Not to be missed was the "Moto Trials Show", which featured trials biking legend Dougie Lampkin.

Some of the biggest brands that made their way into the market were touring brands Eagle Riders and Trip Machine, outdoor brands Dirt Sack and UtBt and accessory brands like SW Mototech, Touratech, Resonate, Royal Riders and MotoUsher. Other international brands like Victorinox, VW and DC also participated to tap into this unique gathering of adventure and bike enthusiasts. 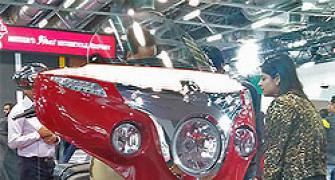 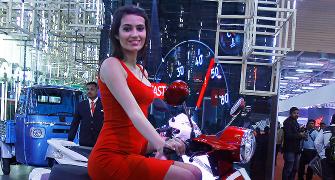 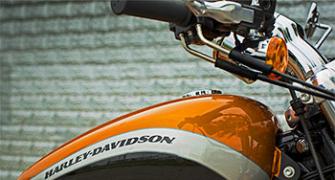 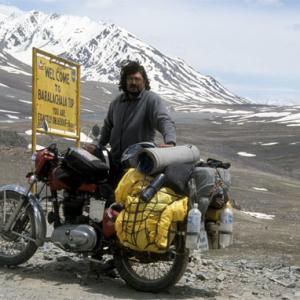 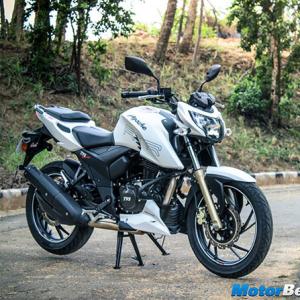 Beast of a bike!