Honda X-Blade 160: Sharper and bigger, but is it better?

Rediff.com's Rajesh Alva draws up a checklist of all the things to know before you consider the latest bike in the premium commuter segment. 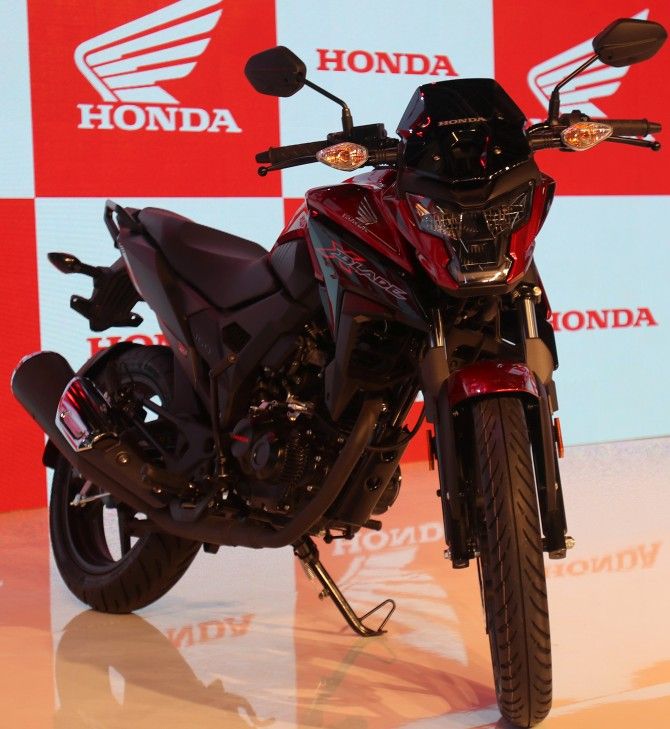 At first glance, the X-Blade reminds us of the Hornet. Both bikes are built on the same platform.

The Hornet 160 is based on the CX-01 concept, which had the Robo-faced full-LED headlight layout, but during the launch Honda chose to give the Hornet a more conventional headlamp setup.

The front end is dominated by the new Robo-face full-LED headlight.

It features a muscular fuel tank, which consists of cuts and creases on the side. The tank cresses are bit longer and bulkier, which initially feel a little awkward but I don't think it will matter much once you get used to it.

Since Honda introduced the X-Blade as a tourer bike with an adventure kit at the Auto Expo this year, it was expected to have a 15-litre fuel tank at least, which would have offered a better tank range. However, the fuel tank capacity is just 12 litres. 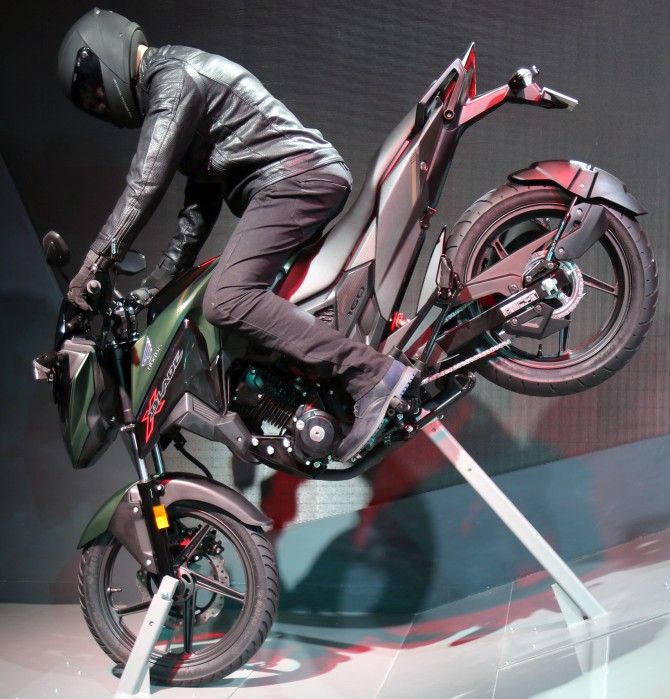 The digital instrumental cluster on the Hornet and the X-Blade are similar, but the X-Blade's digital meter is easier to read.

It also gets a gear position indicator on the console.

The X-Blade also gets a kick starter apart from button start, which is always a good option to have.

The handlebar is long and wide. The switches are of good quality. It gets a hazard light switch, which is a good inclusion, but misses the engine kill switch.

The X-Blade's engine is borrowed from the Hornet.

Power is transmitted to rear wheel via 5-speed gear box and drive chain.

The company claims that the engine delivers good low and mid-range performance. Honda has given X-Blade a new razor-sharp M-shaped LED tail light, groovy grab rails, all new dual-port exhaust muffler and rear tyre hugger. The rear end of the bike is sharp and elongated, which enhances the look of the X-Blade.

The X-Blade gets a telescopic fork at the front and a three-step adjustable monoshock suspension at rear. It comes equipped with 17-inch wheels and 80/100 section tyre upfront and 130/70 tyre at rear, whereas the Hornet has a fatter 140/70 tyre at the rear.

Ground clearance of the X-Blade is settled at 160 mm, which is good enough to get through most speed bumps and large potholes.

The Pulsar 150 had the class leading seat comfort in the segment, but the X-Blade's seat layout is longer and more comfortable. The pillion seat is also wide and comfortable.

The braking department is handled by a 276 mm petal disc at the front and 130 mm drum brakes at the rear, which do a decent job.

It's a bit surprising that Honda doesn't offer a rear disk and ABS (Anti-lock Braking System) in the X-Blade even as an option while the new 2018 Hornet gets a single channel ABS. 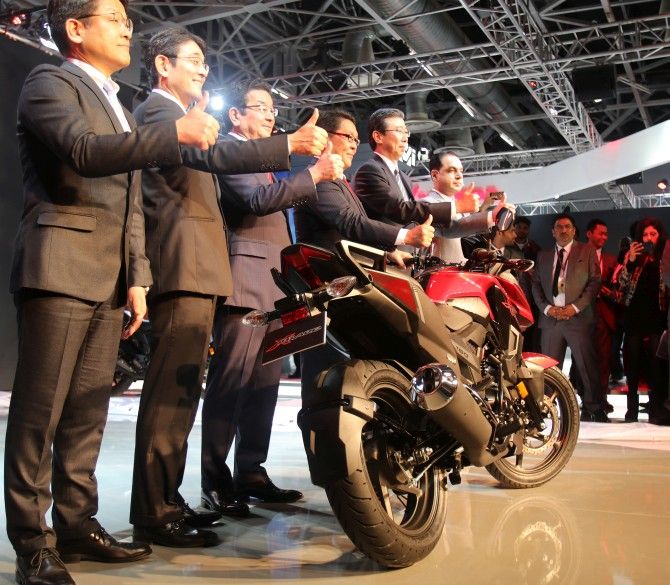 There is no official mileage figure from Honda, but we expect it to give around 45km/l.

Honda has placed the X-Blade between CB Unicorn 160 and the CB Hornet 160R.

Honda will soon be introducing accessories -- a relatively tall windscreen, luggage box and tank pad, etc -- for this model. However, the adventure kit is limited to only cosmetic updates and no mechanical changes.

If you are in the market for a premium commuter motorcycle which looks a bit different, this could be an option for you. 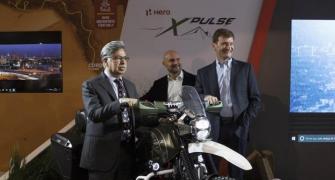 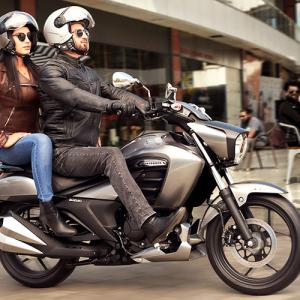