"I used to be badly bullied in school."

"Whenever I used to go around asking for help, I was told, 'You are blind. What good can you do?'

"The only way to run a successful business is to think with your heart in the equation.

"It will take time. A lot of time. Untold sacrifice and hard work.

"But if you are doing what your heart tells you to do, you will achieve what you set out to achieve."

Visually impaired entrepreneur Bhavesh Bhatia tells us how he overcame criticism and rejection to set up Sunrise Candles, a start-up that provides employment to other visually impaired citizens like him. 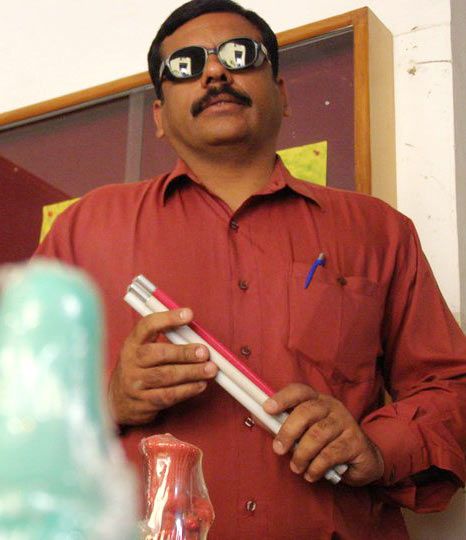 Bhavesh Bhatia was not born blind, but had little vision while growing up.

Born with retina muscular deterioration, he always knew that his sight would only get worse with time.

At 23, his eyes finally decided to give up on him and no amount of preparation could have predicted the gloom that was to come.

He was working as a hotel manager and scrambling to save money for his mother's treatment, who was suffering from cancer.

His desperation to save his mother stemmed from more than filial love.

She was the backbone of his existence, providing the support he so badly needed to navigate life with his disability.

Bhatia, now 45, recalls, "I used to be badly bullied in school. One day I came home and told her that I wouldn't go back from the next day. Everyone ganged up to taunt me with chants of 'Blind boy, blind boy.'

"Instead of forcing me, or worse giving in to my demands, she gently stroked my hair and told me that the boys were not cruel.

"They want to be my friend, but are thrown off by how different I am. She told me that bullying was their way of getting my attention.

"I had a hard time believing her but did as she told me to. The following day, instead of treating them with the hostility they deserved, I approached my bullies with an offer of friendship. We became friends for life."

He continues, "It is this early life lesson that has been my guiding principle in business as well. My poverty and disability have created insurmountable challenges for me. But her wisdom has lead me to make the right decisions."

So, when faced with losing his mother, losing his eyesight too was a devastating blow. He was fired from his job.

His father had already extinguished all their savings on his mother's treatment.

Without a job, and no employment prospects to boot, they couldn't afford to give her the care she needed. She passed away soon after.

"I was bereft without her," says Bhatia.

"She was not very educated herself, but worked tirelessly to make sure that I was. I could not read the blackboard. She would pore over my lessons with me for hours -- a practice she continued till my post-graduation."

Bhavesh wanted to make something worthwhile of himself for her. That she would pass away when he was just getting started felt like the world's greatest injustice.

Though the loss of his mother, his eyesight and his job wracked him with grief, he found solace in what Bhatia says is, 'The best advice I've ever received,' given, unsurprisingly, by his mother.

"She told me 'So what if you cannot see the world? Do something so that the world will see you.'

" Instead of wallowing in self-pity, Bhavesh set off in search of that elusive 'something' which would make the world see him.

That thing was not hard to find.

"Since childhood I was interested in creating things with my hands. I used to make kites, experiment with clay, shape toys and figurines, etc. I decided to dabble with candle making because it allowed me to harness my sense of shape and smell. But mostly because I am, and always have been, attracted towards light," he says.

With no resources, except for a burning passion, he had little idea on how to get started.

"I took training from National Association for the Blind (Mumbai) in 1999. They taught me how to make plain candles," he recounts.

"I wanted to play around with colours, scents and shapes, but dyes and scents were beyond my budget."

So he would make candles all night long and sell them from a cart, standing at a corner of a local market in Mahabaleshwar (a popular hill station in Maharashtra).

"The cart belonged to a friend and he let me use it for Rs 50 a day. Every day I would set aside Rs 25 to buy my supplies for the next haul."

It was a lonely and backbreaking mode of survival.

"But at least I was doing what I loved," says Bhavesh, firmly repudiating any expressions of sympathy. 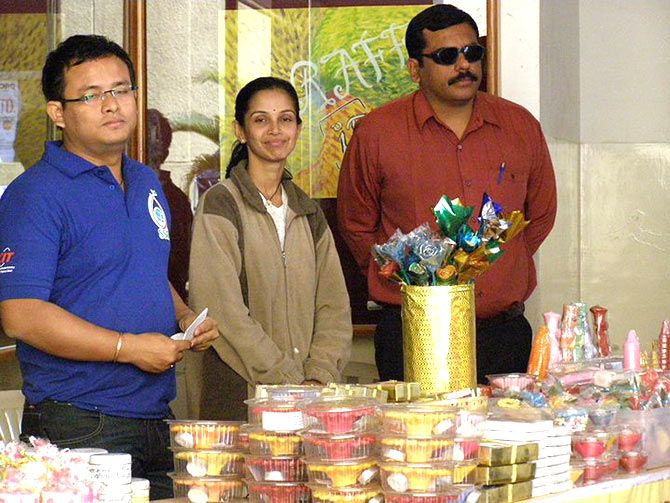 One day, out of the blue, things started looking up.

It began when a lady came by his cart to purchase candles.

He was struck by her gentle manner and lively laughter.

They struck up a friendship on the spot, conversing for hours.

"I would say it was love at first sight. But, sans the sight, the description doesn't hold water. It was a more a connection between kindred souls."

Her name was Neeta and Bhavesh became determined to marry her.

She felt the same way, returning to his cart every day to talk and reminisce about their life together.

Neeta faced backlash from her home for her decision to marry a penniless, blind candle-maker. But she was firm and the two soon embarked on a shared life, living in his small home in the beautiful hill station town.

Neeta was a relentless optimist. Since he could not afford to buy new containers, Bhavesh used to melt the wax in the same utensils that he cooked food in.

He worried that this would offend his wife. But she laughed his concerns off, procured a two wheeler so she could ferry her husband around town selling his candles and later, as their circumstances improved, even learnt how to drive a van so she could accommodate the larger quantities of candles that they were now dealing with.

"She is the light of my life," smiles Bhavesh.

That is not to say that his struggles became any easier once Neeta came into his life. But now that he had a comrade to share the burden with, the load did not seem quite as heavy.

"Sighted people were not ready to accept that a blind person could stand on his own feet. One time some miscreants pulled all my candles from the cart and threw it in the gutter.

"Whenever I used to go around asking for help, I was told to my face, 'You are blind. What good can you do?'

"I tried to get guidance from professional candle manufacturers and other institutes. But no one helped me."

While loan requests earned him outright rejections, even simple non-monetary requests were met with hostile reactions.

He wanted advice from experts on candle manufacturing, but received derision and scorn.

"So I would go with my wife to malls and tried to touch and feel the different varieties of the overpriced candles displayed there," recalls Bhavesh.

Based on what his senses could accrue, and basing the rest on his talents of hustling and creativity, he tried for a greater variety in his creations.

The turning point came when he was granted a loan of Rs 15,000 from Satara Bank, where NAB had a special scheme for blind people.

"With this, we purchased 15 kilos of wax, two dyes and a hand cart for Rs 50," says Bhavesh on what would go on to become a multi-crore business, with prestigious corporate clients from all over the country and the world and a dedicated team of 200 employees -- all of whom are visually impaired. 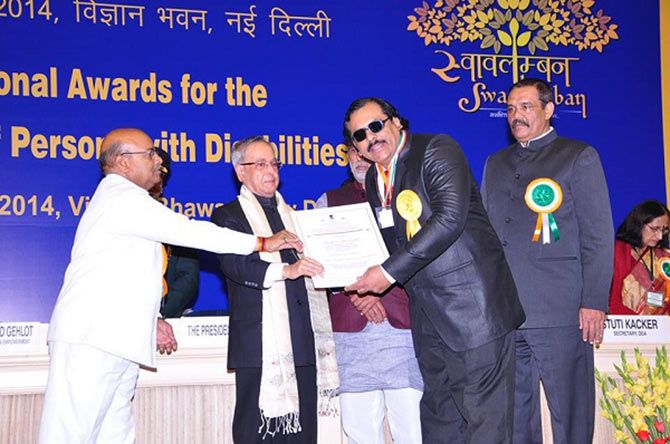 Bhavesh says, "When I look back, I realise  the reason so many people turned me away when I asked for a loan was because the way the world does business is ruthless. Everyone thinks with their mind and not their heart.

"I have come to realise that the only way to run a successful business is to think with your heart in the equation. It will take time. A lot of time. Untold sacrifice and hard work. But if you are doing what your heart tells you to do, you will achieve what you set out to achieve."

Once upon a time Bhavesh, used to painstakingly set aside Rs 25 a day to purchase wax for the following day's candle stock.

Today Sunrise Candles uses 25 tonnes of wax a day to manufacture their 9,000 designs of plain, scented and aromatherapy candles.

They purchase their wax from the UK. Their client list includes Reliance Industries, Ranbaxy, Big Bazaar, Naroda Industries and the Rotary Club.

On his decision to employ the visually challenged to run Sunrise Candles, Bhavesh says, "We train blind people so that they can understand the work and not just help us at our unit, but some day go back home to set up their own business."

While he likes to concentrate on the creative aspects of the firm, Neeta takes care of the administrative duties of the enterprise.

She also imparts vocational training to blind girls, aiding them to become self-sufficient.

One would think that building a multi-crore business from scratch, especially given the challenges Bhavesh has had to overcome, would consume all of his time. But he is a gifted sportsman and manages to devote enough time to hone his abilities professionally.

Bhavesh says, "I was active in sports from my childhood. Contrary to stereotypical cliches, blindness does not mean inherent physical weakness. I take pride in my athleticism."

He had to become disconnected from sports for a long time while building Sunrise Candles, but now that his business is in full bloom, he is rigorous about his daily training.

"After getting settled in the candle business, I once again started my sports practice (he specialises in the short put, discus and javelin throw).

"I have 109 medals (in paralympic sports events). I do 500 push ups, run eight kilometres every day and use the gym that I have installed at our factory.

"To practise running, my wife takes a 15 feet nylon rope and ties one end to our van. She gives me the other end and drives the van at my speed while I run alongside it."

"But," he smiles, "I have to be scared of her. If I talk in a loud voice with her, the speed of the van increases the next day."

Dreams, goals and the future

Currently, Bhavesh is training to participate in the 2016 Paralympics, to be held at Brazil.

He is also set on conquering another world record.

"Germany holds the record for the tallest candle in the world, standing at 21 meters. My plan is make a taller one. Last April we started on a new skill -- that of creating life style wax statues of Shri Narendra Modiji, Shri Amitabh Bachchan, Sachin Tendulkar and 25 other well-known eminent personalities."

Having achieved all that he set out to, Bhavesh says he is far from satisfied.

"I have so many dreams, so many more goals. I want to become the first blind person in the world to climb Mount Everest.

"I want to win a gold medal for my country in the 2016 Paralympics in Brazil. But, above all, I want to ensure that each and every blind Indian is standing on their own feet." 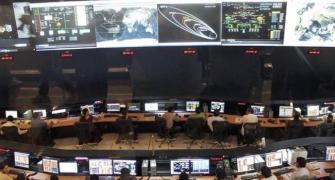 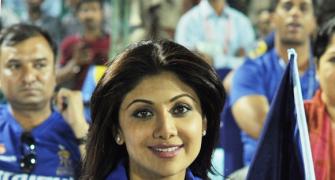 Look who missed all the Super Over action 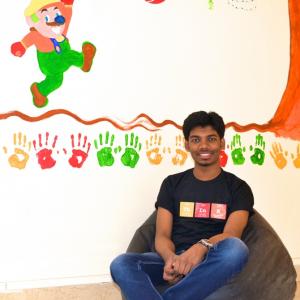