What do India's hottest entrepreneurs think about Make In India? Find out! 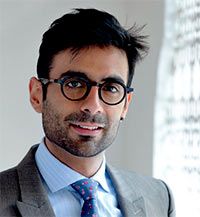 "A Made in India tag stands for that which represents our culture -- anything that helps preserve local techniques.

"In fact, our jewellery is and has always been deeply rooted in rich Indian traditions. Who better than artisans -- who know indigenous arts like the back of their hand -- to revive age-old techniques?

"When I employ locals, I am supporting a family. We're giving them opportunities to earn a respectable living and simultaneously prevent Indian arts and techniques from meeting a premature end.

"While Make in India is gaining popularity now, it has always been our agenda -- our factories are in India, we employ local artisans and our designs are India-inspired. But we've only nicked the tip of the iceberg.

"Our country offers endless inspiration; with India's increasing economic power and active encouragement of this movement, this is just the beginning." 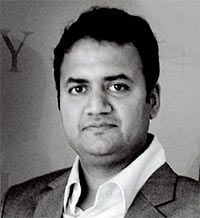 Mu Sigma is a decision sciences and analytics firm that helps companies harness big data. Dhiraj Rajaram calls it a Made in India company. "The question is not whether you can make in India, but whether you can afford not to," he says.

"We live in an era where every machine can have an IP address. Manufacturing is meeting the Internet of Things, where cheap sensors can monitor shop floors, machines, the manufacturing process and entire supply chain.

"The huge streams of data from these machines can be used to generate both offline and real-time decision support to improve efficiency, yields and safety in the manufacturing environment.

"The Make in India programme is the right jolt needed to change the perception that India is a submissive nation.

"India has talent. Our best asset is our people, who have the strong English, engineering, maths and other skills needed for the knowledge industry.

"We also have a growing domestic demand for goods in the consumer and enterprise markets. The government's development agenda drives the demand for manufacturing in infrastructure and defence. It just makes sense for us to make more things here." 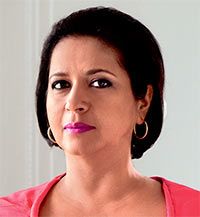 The hospitality industry famously lacks women in leadership roles. Yet, every major industry gathering is brightened by the energy of Priya Paul.

Her passion for art has evolved into an ability to curate; her design-focused hotels are hubs for contemporary Indian design, style and music.

"Creativity is in our DNA. What I've always loved about the Made in India label is the story of our amazing craft traditions. It's exciting that now people are investing in product design and development and becoming competitive in price and quality.

"In Hyderabad, we made a conscious effort to seek out and showcase great Made-in-India stories -- from the Klove studio's Polki chandelier in the lobby (instead of predictable European brand glass) to the kalamkari textile installation, by designer Preksha Baid and by traditional craftsman Niranjan Jonnalagadda, all influenced by the Nizam's jewels.

"In hospitality, India has always matched international service standards. What's needed now is to streamline the process for permissions and licences. We believe in innovation, in finding a different and better way of doing things." 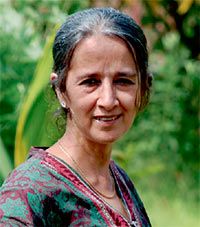 "Years ago, I studied nutrition in Florida and would have had a much better life there as a single parent, but I really wanted to return to my roots and do something in India," says Mukhi.

So she set up The Health Shop in 1990, later packaged and sold grain and organic produce through Conscious Food.

Next, she started the Farmers' Market in Mumbai -- a haven for people seeking fresh produce.

"Made in India products are what I look for most," she admits. "I'm decidedly anti-foreign goods because I look at them as being ecologically unsound. We have so many seeds and millets in India, why are we only talking about chia and quinoa?

"People complain about the cost of organic local produce but will spend five-figures on a pair of Italian shoes. Across the world, people are looking to India for wisdom and knowledge.

"We should too, or we stand to lose all our stored genetic wisdom and agricultural heritage in one generation.

"The future of Make in India is fantastic; our indigenous herbs and vegetables are increasingly proving to be beneficial.

My kitchen is devoid of exotic produce, yet the outcome of my recipes is exotic." 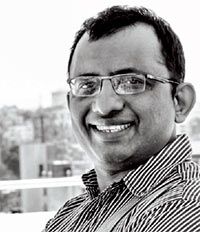 Ver Se' Innovation publishes the DailyHunt in 12 languages -- the app, used by over 90 million subscribers is possibly the largest news product in India.

Gupta -- who has been in the mobile value-added services industry for over two decades -- acquired the app in 2012 and grew the user base by 20 times to become one of the largest apps in the country.

"In our experience in the software industry, companies outside India prefer to work with those in Israel or the US.

"We have a great software workforce and Make in India should enable us to brand aggressively and give our products preferred status.

"If successful, Indian brands will have equal footing while negotiating with companies outside the country.

"Indians should also use local products increasingly, forcing manufacturers to step up in terms of quality." 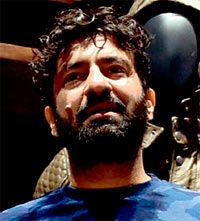 Siddhartha Lal's journey -- from being the 26-year-old CEO of ailing motorcycle brand Royal Enfield to turning the company's fortunes around and making it one of the most recognisable Indian brands in the world today -- has been filled with tough decisions and pure passion.

Selling off most of the group's smaller businesses to concentrate on making motorcycles and trucks has paid off.

However, despite the success, Lal stays true to his passion for motorcycling and is heavily involved in the manufacturing process -- right from the development to testing phases -- of Royal Enfield's new products.

Continuing with the legacy of manufacturing the once-British Royal Enfield bikes in Chennai, he has now taken the company to a truly global scale, targeting markets in the US, UK and Europe, expanding to Latin America and Southeast Asia.

The Continental GT café racer -- built in India -- is a big hit in foreign markets.

Under Lal's leadership, the company has also set up an R&D centre in the UK. 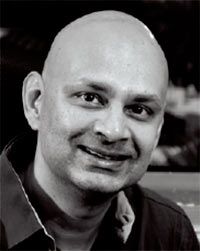 An engineering student from Stanford University, Rajeev Samant quit his job in California's Silicon Valley and did something that had never been done before -- planted wine grapes in Nashik, India.

More than 15 years later, Sula sells 15 varieties of wine, including a Riesling.

"Ten years ago hardly anyone drank wine, in India. But today it has become a preferred beverage for those in cities," he says.

Sula is India's largest wine producer with over 60 percent market share and exports to 23 countries.

A pioneer in wine tourism, Samant's vineyard and resort property in Sula is a popular weekend get away.

For him, India has been an inspiration in everything that he has done with Sula so far, including the packaging.

"In fact, our Dindori wine is named after a taluka in Nashik," he says.

"India has tremendous potential and if there are reforms in our labour policies that make it easier for people to start manufacturing projects, the country can go a long way." 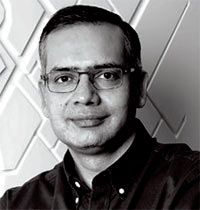 When Kalra set up MakeMyTrip (MMT) in 2000, he had no idea how things would turn out what with the dotcom bust, the SARS outbreak and 9/11 all happening soon after and hugely affecting the travel industry.

"Funding was tough to come by and we were advised to shut shop," recalls Kalra. "But we believed in the idea wholeheartedly and there was no question of giving up. This period showed us how unpredictable things could get, despite the most thorough planning and robust forecasts.

"Success was determined by our ability to think on our feet and not panic."

Today, MakeMyTrip is much more than a travel company.

It is a one-stop-travel-shop that offers the widest selection of travel products and services in India.

It partners with 27,500 domestic and 2,55,000 international hotels, provides travel products and services through online as well as offline platforms, has a flight-booking service in Hindi on its mobile site and lots more.

It is the dominant market-leader with 47 percent market-share (as per an independent study conducted by PhocusWright in 2013). This is especially impressive given the rate at which the Indian travel industry is growing -- outbound tourism is set to hit 30 million people by 2018. Indians are increasingly willing to travel to offbeat places like Jordan and Hungary, says Kalra.

"Self-belief and an unrelenting focus on innovation have been our building blocks and continue to motivate us," he adds. 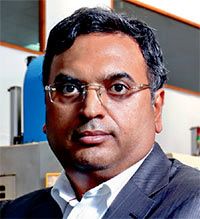 Four years ago, when aerospace companies began to outsource work to India, Melligeri, then chairman and co-founder of QuEST Global -- best known as a supplier for automotive components -- was quick to seize the opportunity.

The company quickly diversified into aerospace manufacturing in Belagavi (Belgaum), Karnataka. Of course, moving from design to manufacturing for Airbus was not easy.

"They were supportive but apprehensive at first," said Melligeri.

"So at the outset, there were only small orders, most of them for less than half a million dollars," he remembers. Today, we get over US$12 million of their business."

In 2014, the company became Aequs Pvt Ltd, the first firm to make use of the higher FDI limit in the defence sector, increasing foreign funding to 40 percent of its equity. With about 150 machines and US$50 million, Melligeri plans to create 1,000 new jobs in the next five years for supplying parts to all Airbus programmes. Srinivasan Dwarkanath, MD of Airbus India is optimistic.

"Now we have a beautiful SEZ towards the vision of Make In India." 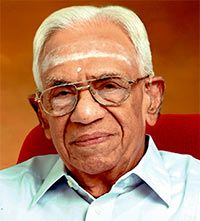 The Arya Vaidya Sala (AVS) started as a village clinic 113 years ago.

Today, it is a multidisciplinary organisation with a presence in clinical service, medicine manufacture and medicinal plant cultivation.

What is the importance of ayurveda today?

Ayurveda has been noted for its ability to deal with diseases and as a disease-prevention system. Even the WHO recognises the need to integrate it. The enhanced use of synthetic drugs, a spurt in lifestyle diseases and the rising cost of healthcare have added to its importance.

How are your hospitals different?

What does Make in India mean to you?

The principles and practices of ayurveda are deeply rooted in Indian philosophy. All our products are made using natural resources from various parts of the country.

What is the future of Make in India?

What is the future of India without Make in India? For wealth generation with equitable usage of national resources and capabilities, Make in India is the right approach.

The complete feature profiling 68 of India's most creative, dynamic and successful entrepreneurs and companies can be read in Condé Nast India's Make In India magazine 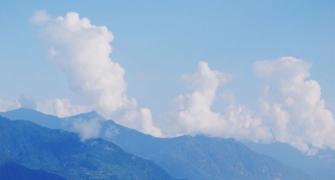 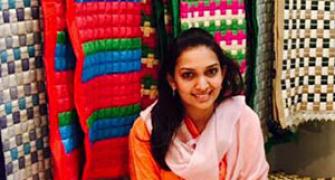 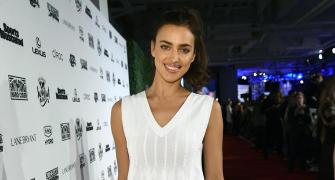 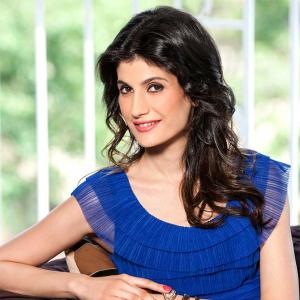