As she steps down as PepsiCo's CEO, Indra Nooyi leaves behind an inspiring legacy of initiative, innovation and social responsibility. 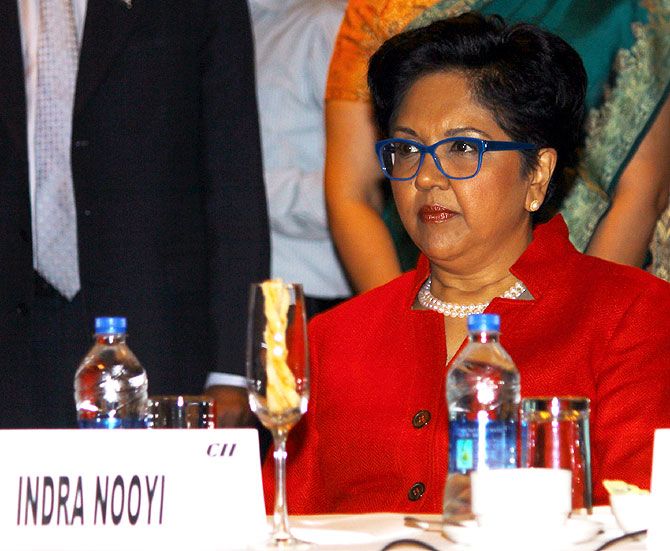 Indra Nooyi will step down as PepsiCo's CEO in October. She will stay on as chairman till early 2019. Photograph: Hitesh Harisinghani/Rediff.com

Chennai-born Indra Krishnamurthy Nooyi has been working for PepsiCo for over 20 years.

In October, the company's first-ever woman CEO will step down from her leadership role after 12 years.

She will always be remembered for being the first foreign-born CEO to lead the Fortune 500 company.

Her departure will further thin the concentration of female representation in Fortune 500 companies in the world. It will once again highlight the dearth of women leadership at the top.

As she prepares herself and her company for the future, Nooyi leaves behind an inspiring legacy of initiative, innovation and social responsibility.

Here are seven lessons we can learn from the IIM-Calcutta alumnus's illustrious career.

She proved an efficient leader and go-getter for the next 12 years.

She seemed to grow younger and more energetic in the years she lead PepsiCo ahead in the world, gracefully, confidently, often draped in an elegant sari.

2. Be passionate about your job

Nooyi treated her career with utmost love and respect.

She believed that 'to be a CEO is a calling,' she told The Economic Times in 2007.

'You should not do it because it is a job. It is a calling and you have got to be involved in it with your head, heart and hands,' she explained.

'Your heart has got to be in the job, you got to love what you do, it consumes you. And if you are not willing to get into the CEO job that way, there is no point getting into it.'

Whether you are a CEO or not, it's important to have your heart and head in the same place with the right job and career.

3. Be a kind but tough leader

A good leader is one who leads by example.

'As a leader, I am tough on myself and I raise the standard for everybody,' she said in Together with Business Studies by Rachna Sagar.

She showed caring too, wishing her colleagues to 'excel at what they are doing so that they can aspire to be me in the future.'

She follows a five Cs model for leadership:

In 2006, when Nooyi took over PepsiCo's leadership, the company was struggling to address health issues.

And Nooyi didn't mince her words when she acknowledged that and declared that Pepsi must address 'obesity.'

During her tenure, she took initiatives to show Pepsi as company wanting its consumers to swap snacks for healthy food and sugary, caffeine-ridden colas for less-sweet fruit juices.

5. Remember you can't have it all

Nooyi has often stressed the need to find the perfect balance between one's personal and professional life and spoken about the struggle involved in achieving that.

'The biological clock and the career clock are in total conflict with each other,' Nooyi had said at the Aspen Ideas Festival in 2014.

'When you have to have kids you have to build your career. Just as you're rising to middle management your kids need you because they're teenagers, they need you for the teenage years.'

'And that's the time your husband becomes a teenager too, so he needs you. They need you too. What do you do?'

'And as you grow even more, your parents need you because they're aging.

'So we're screwed... We cannot have it all,' Nooyi confessed.

She might be a tough leader, but she's always been very realistic when it comes to what she expects from her employees.

'I wouldn't ask anyone to do anything I wouldn't do myself,' she has said.

Nooyi knew when she wanted to stop pushing herself and step down as CEO too.

'Being a CEO requires strong legs and I feel like I ran two legs of a relay race and I want somebody else with nice strong legs and sharp eyes to come and lead this company,' she said in her exit statement.

7. Do you know your priorities

While you are busy chasing goals, don't forget to make time for your loved ones.

Indra Nooyi summed it up: 'In the end, no matter how much money you make, what you're left with is family, friends and faith.' 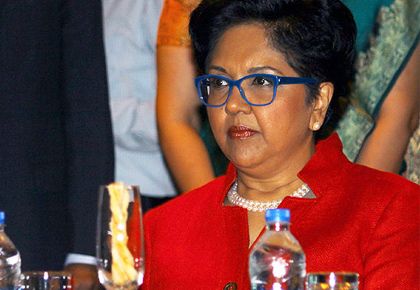 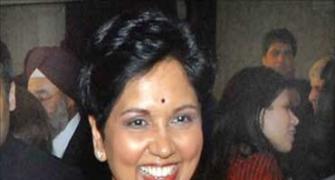 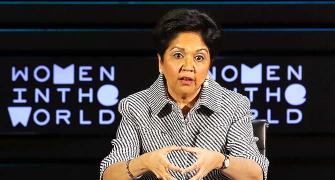 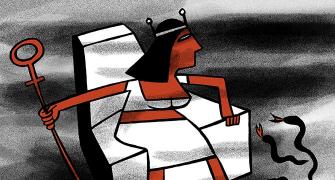 The colour of inclusion