Guesstimates suggest that around 80 to 85 per cent of Wiki information is accurate.
That is less than 95 per cent that is considered the gold standard for 'normal' encyclopedias.
But 80 per cent is a reasonable baseline for somebody who's starting to research a topic and it does suggest that crowd-sourcing works, even though it is a long way from perfection, says Devangshu Datta.
Illustration: Uttam Ghosh/Rediff.com 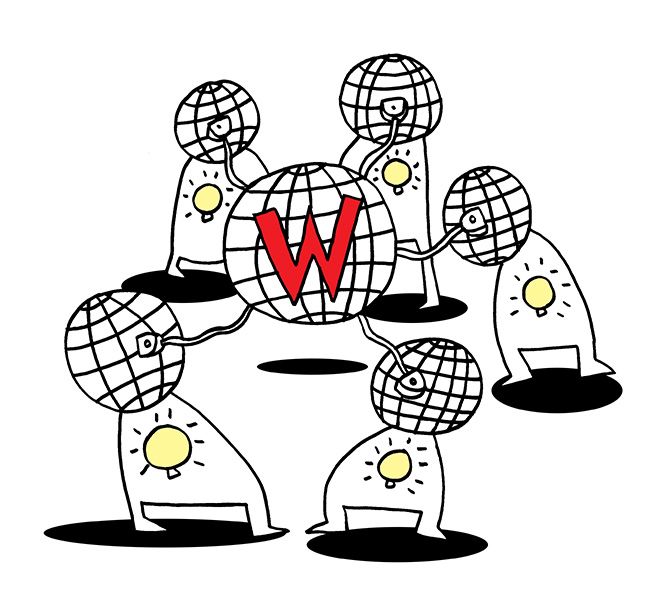 By the late 1990s, she had attained a fair degree of success as just 'Dido'.

A few years later, she ended up cursing herself for picking that particular diminutive.

By the time the online crowd-sourced encyclopedia Wikipedia launched in 2001, she was certainly 'notable' enough to merit an entry there.

Some vandals with a warped sense of humour kept inserting the letter 'L' into the middle of her professional name, and this happened persistently, over a period of several years.

That particular problem has been finally fixed but the 'Wiki' continues to provide fake, or incomplete information, in many of its 40 million-plus entries.

This is inherent to the Wiki's model.

The encyclopedia's USP is crowd-sourcing; it allows anybody to make an entry about pretty much anything and it's designed for easy cross-referencing and linking.

The assumption is, eventually, through a process of editing, argument and debate, most of the entries will get fixed.

However, when it comes to any hot-button subject, this assumption is probably dubious.

The biographical entries of politicians, media persons and celebrities are regularly vandalised or 'injected' with fake news.

There are unending flame wars on topics like the Armenian Genocide, or the Aryan Invasion Theory.

Students are known to copy-paste entries wholesale from the crowd-sourced online encyclopedia.

The more honest among them even cite it as a reference! Academics use it themselves, though secretively, and doctors and pharmacologists have been known to look it up as well.

It is a good place to look up a physics equation, or a mathematical theorem, so long as you can ignore the background noise.

There are often fierce debates about the actual origin of a theorem, or a scientific theory -- ethnic nationalists like to 'prove' it was Newton, Leibnitz or Madhava who discovered calculus, for example.

So, the Wiki is an invaluable, if fallible, source of knowledge.

It has many multiples more in the way of entries across its 290-odd languages than any other encyclopedic source.

Even encyclopedic aggregators, such as Xrefplus and GaleNet have less than 4 million entries between them.

Moreover, the Wiki is free and that's not an inconsiderable factor when impecunious students are seeking information.

As of now, guesstimates suggest that around 80 to 85 per cent of Wiki information is accurate.

That is less than 95 per cent that is considered the gold standard for 'normal' encyclopedias where the entries are written by commissioned experts and fact-checked by other experts.

But 80 per cent is a reasonable baseline for somebody who's starting to research a topic and it does suggest that crowd-sourcing works, even though it is a long way from perfection.

A new initiative could bump up the Wiki accuracy quotient by several notches.

One of the problems with Wiki citations is that the reference is often not available online for primary viewing.

This is especially true in the case of books and scientific papers.

Scientific papers are often behind paywalls, with only the abstract available for viewing.

A book may not be available online at all, or it may be a paid resource that has to be bought, and in many Wiki citations, there may not even be an ISBN to facilitate search.

Not every researcher can afford to pay significant sums to simply check if a reference is accurately cited.

The Internet Archive, (sometimes called the Wayback Machine, though that is only one of the Archive's functions) is trying to sort this issue out.

It will try to scan the relevant pages of every book that is cited in a Wiki reference.

This would enable researchers to click on the citation and go to the relevant page and check for accuracy.

As of now, the archive has done this for 130,000 entries in the English, Arabic and Greek editions.

This itself involved scanning 50,000 books. 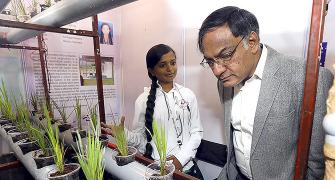 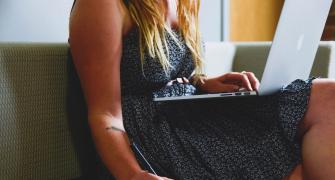 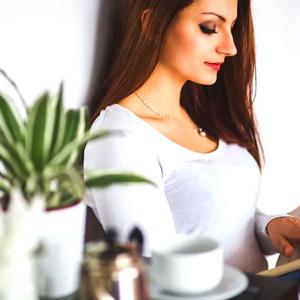