News
Business
Movies
Sports
Cricket
Get Ahead
Money Tips
Shopping
Sign in  |  Create a Rediffmail account
Rediff.com  » Getahead » Hurrah! My son gets into school, but...

'A few moments later, I was told to join this WhatsApp group with 250 odd members (read overtly enthusiastic, anxious, parents).'
'For every piece of useful information, we would have to sit through 100s of similar questions worded differently, 1,000s of texts with unnecessary details and an overload of information that I had no idea what to do with,' sighs Divya Nair. OK, I am at a stage where I don't know if I should be stressed, relaxed or run away to another planet.

No, I am not talking about my job or my eccentric family. It's to do with my three-and-a-half-year-old son's junior KG admission.

Ever since we filled up his admission form in December 2020, we've been made to feel like we are sitting on a needle.

The first few weeks were spent agonising if we'd make through the thousands of similar-looking eager applications.

It didn't matter if you are alumni or an employee; sometimes applications are rejected for no reason.

So if our application was turned down, I wanted to be prepared to know what other alternatives we could consider.

Although my husband was confident, I did my fair share of enquiries.

A casual chat with some of my neighbours, cousins and senior friends had revealed that one should expect to cough up anything between Rs 50,000 to 2 lakhs as admission fee (read donation) so your child can study at a 'decent CBSE or ICSE school'.

At this point, we are not even talking about the quality of education, just branded schools.

While attending a baby shower last week, another parent discussed how they had even reconsidered shifting from the suburbs to town and didn't mind paying triple the rent just so their child could get access to better schools.

I know several parents who have done this and sometimes I feel, it's a fair risk to take considering the future of the children.

But this particular parent was surprised when their son's admission was rejected in favour of local applicants.

"We'll apply again next year," the mother said with confidence that sounded more like this was some battle they had to win.

Since I went to a state board school, I was a little disappointed that no one even mentioned 'SSC' even as a last resort.

One of my neighbours, whose daughter is the same age as my son, had already made plans to send both her kids for tuition in the adjacent building because her 'kids don't learn at home.'

My other neighbour also sends her 3-year-old son for home tuition because she studied at a Marathi medium school and doesn't want her son to learn 'wrong, incomplete English.'

So naturally, when the list was out, I was overjoyed that we'd made it. For me, it immediately eliminated a dozen other stresses I didn't want to get my head buried into at the moment.

My husband even went out to celebrate because "How often does your son get to study at the same school you went to? It's legacy," he said with some pride which I could only pretend not to care.

A few moments later, I was told to join this WhatsApp group with 250 odd members (read overtly enthusiastic, anxious, parents) with highly critical opinions about the future steps in admission, how to, how not to fill forms.

Between me who casually exits at least one social group every week and my husband who is a mute participant in every damn group that we are part of, it was itching to sit through all the babble and ignore the stress from getting to us.

For every piece of useful information, we would have to sit through 100s of similar questions worded differently, 1,000s of texts with unnecessary details and an overload of information that I had no idea what to do with.

Thankfully, my husband and I resisted any temptation to start a conversation in the group and sorted the queries between ourselves by simply following basic information and steps mentioned on the school's Web site and admission forms. Now, how hard is that?

Among queries like: Do you need to attach one pic or two? We'll be travelling next week so how do we pay the cheque on time? There is a text like: Is that you at counter no 2? I think we just met. I was missing school... are you an alum? BTW, which house were you in? blah blah blah...

And then there are ambitious doctor parents who want to be helpful 24x7 sharing their e-card and hospital address but eventually end up discussing why they support corona vaccine, attracting armchair activists until they are told to shut up and focus on admission related chats.

At least you'd expect parents with elder kids to behave more responsibly. But then it's WhatsApp, one unnecessary gyaan per participant to banta hai, followed by a dozen thumbs up, agree, fully agree, totally agree reactions.

This week we finally paid the fee and our child has been allotted a house name and a division.

So I thought it's time to finally relax till school begins. But the group refuses to be silent any second.

There are 'know-it-all-trust-me' kind of women who want to create groups by division (there are at least 15 divisions for junior kg) even before we know if and when the term will begin this year. And some want to form groups based on the area (locality) they live in so they can discuss the mode of transport for their kids.

I looked at my son -- he was busy watching Siren Head bash up Godzilla on YouTube. Does he even care?

I don't know if it's normal to be so chilled out when the rest of us are anxious and make us feel like we are a tad irresponsible, care-less maybe.

Frankly, I am just hoping the school reopens and our son gets to enjoy this phase, make new friends and gain new experiences.

And parents on WA should just learn to maybe, chill a bit? 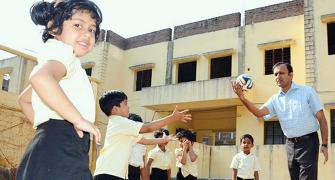 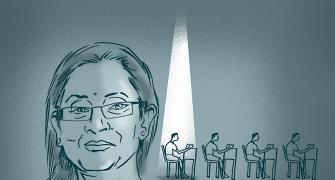 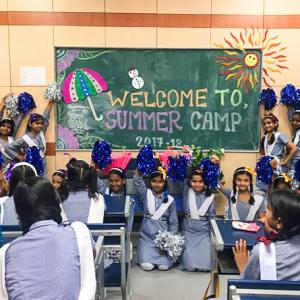 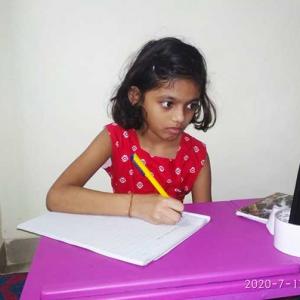