News
Business
Movies
Sports
Cricket
Get Ahead
Money Tips
Shopping
Sign in  |  Create a Rediffmail account
Rediff.com  » Getahead » Relationships: Are you caught up in the 'hunt'?

Relationships: Are you caught up in the 'hunt'? 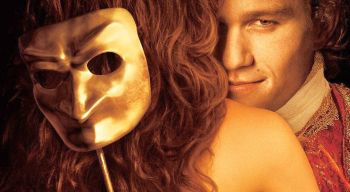 A large number of emotionally vulnerable women fall prey to manipulative relationships every day, perpetuating feelings of loss and a further erosion of self-esteem at the end of the game they thought was 'love'. Jayalakshmi Sengupta reports.

Does he come on like a tsunami, in an unpredictable swirl and sweep you off your feet (despite your own reservations) and cool off just as suddenly?

Does he give you a heart-bursting moment one day and a mild angina the next?

He could well be the wolf in sheep's clothing your mom warned you about.

Mature women routinely fall prey to manipulative lovers who are past masters in the game of seduction, with no desire for commitment or emotional attachment whatsoever. Vulnerable women often end up in this web of the archetypal love game that uses women as just "another flavour in the platter". Love is a wonderful feeling, "but with little or no commitment, it is relegated to an amusing pastime and no more," points out psychiatrist Anjali Deshpande. If one is looking for a long term commitment, one has to be more careful.

Behavioural gurus explain this in the framework of the biological 'chase and hunt' game that has the male species looking for a female to pursue and the female waiting to be wooed, eventually only to procreate. Much as in the animal world, powerful attractions propel humans into exploratory passion -- with the exception that humans are capable of experiencing lust that transforms into the higher and more complex emotions of love and commitment.

Men and women, however, may use these natural instincts to bait and bed multiple partners depending on personality and circumstances. "Boredom and ennui takes over certain individuals more than others and in the absence of responsibilities, the hunting spirits may awaken again and again," says Deshpande, adding "What makes it dangerous is manipulation or conscious exploitation." Serial manipulation for sexual gratification is, however, not very common among women. "How many men complain of being sexually exploited in our society? Women more often than not come out feeling victimised instead," she points out.

Meet Gaurav (35), an archetypal hunter who, despite being married, makes no bones about his penchant for falling in love "with every beautiful woman" he meets. It is a thrilling and unique experience each time and his heart sings a different tune every time. "I am capable of loving more than one woman. That's how I am," he shrugs off defiantly and reminds us that "commitment and responsibility kill passion". To live passionately, one has to be free of possessiveness and that is "true love", according to him.

To cut through this sort of a web of love game, one must understand the peculiar psyche of a manipulative hunter. They are men driven by testosterone, which guides both criminal and high-level intellectual activity in men. They have a powerful presence and are immensely resourceful to begin with. "Their personal magnetism is nothing but sheer sexual energy, which they may be quite incapable of handling," says Deshpande.

He could be someone who is always the centre of attention in a confident way, but will nevertheless exude several ambivalences which will be telltale signs of his fickleness. Many women tend to fall just for that. Apparently, everything that should set a tiny alarm ringing does just the opposite. Women find this anomaly more enticing than ever.

A tremendous sense of humour or constantly playing around with words is a complex masking technique used by most such men. Double entendre is often used with great panache to get away from the truth. A perfectly straightforward reply may hide a second meaning, often risqué, or ironic, completely lost on a naive partner, and is a turn on for the smarter one.

They are also typically those who will never have a deep conversation. This is because their incessant creative energy finds a natural outlet in a libidinal high which wanes as quickly as it rises, making them restless. Intimate conversations also make them vulnerable. Their limited attention span helps them to be in control at all times. Ironically, most women, even when they find it exasperating, work harder to get their attention. If these men appear vulnerable and needy for love, it would to get things in control as a last resort and again, it invariably sweeps the woman off her feet.

These men are often alternatively aggressive, offensive, brusque and then gentle and kind. Most women find this extreme shift in behaviour an overwhelming experience. Gaining acceptance after near-rejection leaves them with a sense of fulfillment.

It is easier when the woman is looking for a leg up in the profession, or trying to overcome some deep crisis in her personal life. This man will appear like a knight in shining armour, a saviour. But soon, the so-called magical love will suddenly disappear in the wake of greater demands like more time, more intimacy, more transparency or more commitment. The woman in the web may choose to end the game here with an angry outburst and futile tears or continue to ride a tantalising rollercoaster in the hope of a better tomorrow. Herein a woman may unwittingly step into the greater web called "the harem".

A lot of women who do not know how to cut away from their dependency and are unaware of the great juggling skills of this kind of man step into the harem willingly. They are willing to live on crumbs of hope and resign themselves to face a certain competition, even though they don't get enough from the relationship. Only under large scale subterfuge, deceit and lies can one sustain multiple romantic relationships. This can have a devastating effect on the compliant partner.

Many others who may find the situation repressive and want to walk out will be confronted by an aggressive companion, unwilling to end the relationship. "I want you in my life," is their refrain and may be translated to mean "I cannot do without you," but that is far from truth. "It is a huge insult to their ego to let anyone walk out on them. They will keep their women for whatever they are worth to enjoy their affection as and when they choose to."

"One must demand time, respect, love, transparency and commitment, if stability is what one is looking for," says Deshpande. Or else in the risky game of hunt and chase, one may wake up with a broken heart or a self-esteem pummeled into fine cottage cheese.

The top 10 nasty things women do to men!