News
Business
Movies
Sports
Cricket
Get Ahead
Money Tips
Shopping
Sign in  |  Create a Rediffmail account
Rediff.com  » Cricket » 'God knows what he'd have achieved if he had both his eyes'

'I don't think anyone else has been able to make those adjustments and that kind of an impact with one eye.' 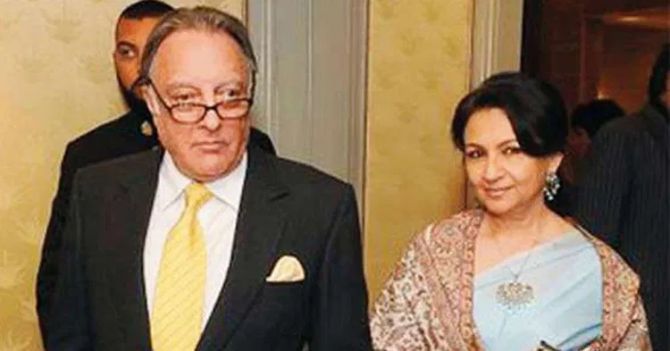 Sharmila Tagore and Mansur Ali Khan 'Tiger' Pataudi had a near perfect marriage and she has never stopped missing him ever since his death in September 2011.

'Tiger' -- inarguably the most charismatic Indian cricketer in the 1960s -- would have been 80 on January 5.

Remembering her courtship with her future husband, Sharmilaji told Subhash K Jha earlier, "In those days (when she was dating Pataudi) girlfriends and wives were not allowed to accompany cricketers and watch cricket matches. But I did go to England (1967) to watch him, though I couldn't go to watch him in Australia (1967-1968)."

The dimpled diva wonders how many out there really follow the game.

"Only about 2 percent of the crowd really follow cricket. The rest is there for the excitement. They don't understand the pressures that cricketers have to face. It's all very well to sit and criticise the cricketers. But the person who has to go out there and actually bat has to face the heat of the moment," she said.

"At least in our profession we get a retake. The cricketers have only chance. But I've to tell you, we actors also shoot under a lot of pressure. During outdoor shooting we have to complicated dramatic scenes while people stare, criticise loudly," she added.

"As a professional cricketer you have to be very strong from inside. (English cricketer) Peter May couldn't take the media pressure, and he couldn't play, though he was a great player," she recalled.

"One shouldn't let all the attention get to you," she said. "We just have to concentrate on our work and believe in what we're doing. The crisis will pass."

Sharmilaji remembered being held responsible for Pataudi's non-performance on the field.

"On one or two occasions it was believed that I was somehow responsible for his poor performance. It is widely believed that if you are an actor or a cricketer from a privileged background, then you're pampered spoilt and an attention seeker," she said.

"So it was believed that I'd say things like 'Oh if you're playing tomorrow let's go out today.' As if it was all about me and not the game of cricket. As if I didn't understand the gravity of the the game," she recalled.

"These are are perceptions. One shouldn't allow them to ruin your happiness. If one wants to go watch someone close to oneself play, then one should do so."

Sharmilaji said things were different in her and her husband's time.

"There was no social media, no Twitter to condemn you. I think I had to face less hostility. Now you have people threatening to stone one's home. That's very wrong. This is the problem. There is a flip side to every fan. They love you and they hate you. I am not choosing the fans. They are choosing me." 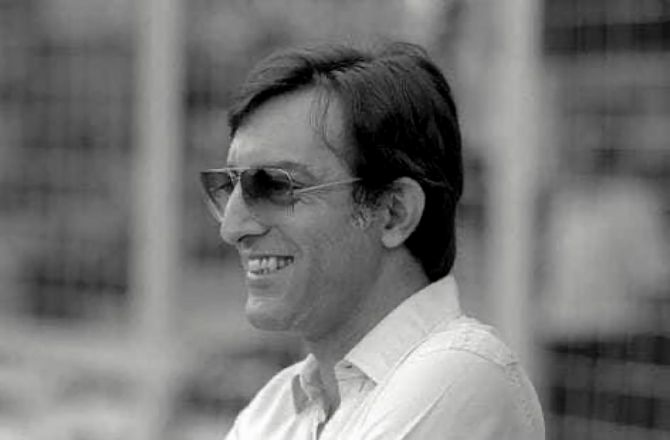 IMAGE: Mansur Ali Khan 'Tiger' Pataudi was appointed India's captain when he was only 21 during India's tour of the West Indies in 1962 after then captain Nair Contractor was felled by a Charlie Griffith delivery and seriously injured. Photograph: Kind courtesy Soha Ali Khan/Instagram

Recalling her association with cricket, Sharmilaji said, "My affinity to the game didn't start with Pataudi. My parents in Kolkata were very keen on cricket. They wouldn't miss a single match. Because of them I got interested in cricket."

"Was cricket a common factor between me and Tiger? I don't think so. But he liked the fact that I loved the game. Because I wouldn't get bored with the game."

She remembered Pataudi being away playing cricket abroad for six months at a stretch with no direct means of communication.

"It was very difficult to keep in touch. The call would come through at 1 am in the morning or whatever the time where he was. And this would be in a hotel. So there was no phone in the room in those days. I often ended up talking more to the telephone operators. When we got married all the telephone operators sent us congratulatory messages."

Still keen on a bio-pic on your husband, the Nawab of Pataudi?

"Well, it will depend on who the captains of the ship are, the producers and director. It is a good story, I think, with all the twists and the turns in his life.... father's death, losing his eye after which his average came down from 60 to 30," she said.

"To receive such a blow at such a young age....I don't think anyone else has been able to make those adjustments and that kind of an impact with one eye. He not only batted, but also fielded after the eye accident."

"He was a wonderful sportsperson. God knows what he'd have achieved if he had both his eyes." 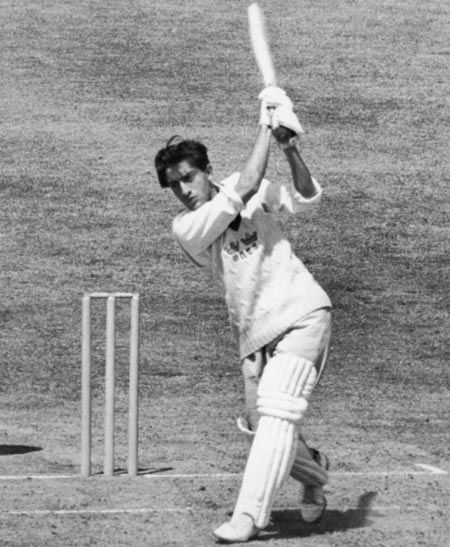 IMAGE: Mansur Ali Khan Pataudi in action for Oxford against Surrey at the Oval in June 1961, the year he lost his right eye in a car accident. Photograph: Kind courtesy Dennis Oulds/Central Press/Getty Images

Did the cricketing public never think of him as being visually impaired?

Explained Sharmilaji, "That's because he had a wonderful temperament. He absorbed that loss and moved ahead. Tiger's life was filled with losses: His father (Iftikhar Ali Khan Pataudi who played cricket for both England and India and died on Tiger's 11th birthday), his eye, his privy purse... In her book Soha has written so well about her father."

"I learnt so much from him. I do miss him immensely. I wish he was here for me. So many of my friends are still together with their soul mates. You see your friends celebrating their 50th wedding anniversary... But it was not meant to be (for me)," Sharmilaji recalled.

"So what can I do? I do practice active gratitude. In my thoughts, actions, words I am deeply grateful for what life has given me."

Would she like her son Saif to play Pataudidaab?

"No, let them (the film-makers) decide. Maybe Saif can be in one phase of the story. His story has so many phases. Even a good documentary is a good idea. Unfortunately there isn't too much footage on Tiger available." 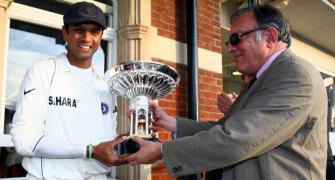 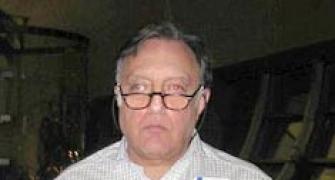 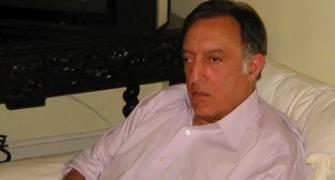 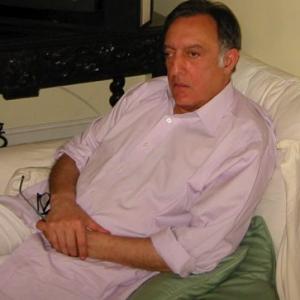 'Having Pataudi in the covers was like having two fielders there'