Rajneesh Gupta has all the numbers. 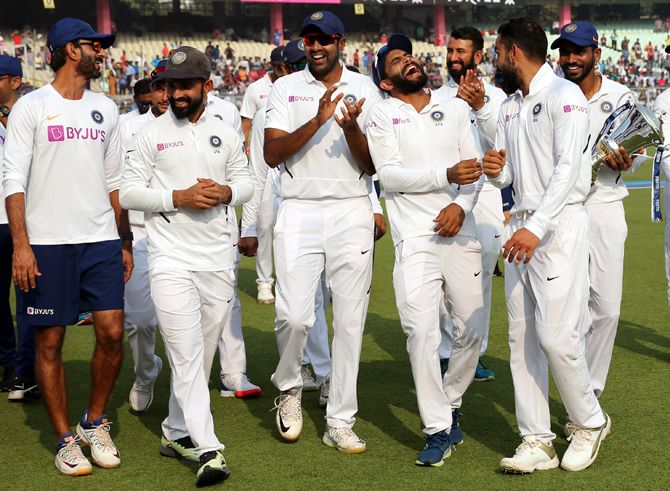 Virat Kohli's team once again created history when they thrashed Bangladesh by an innings and 46 runs in the day-night Test at the Eden Gardens in Kolkata to complete a 2-0 series sweep.

This was the fourth consecutive innings win for India.

Bangladesh, on the other hand, have now lost 41 Tests by an innings margin including four out of the last 5. They have the worst record in terms of percentage. Take a look:

India have now won seven Tests on the trot -- two versus the West Indies in the Caribbean, three versus South Africa at home and two versus Bangladesh also at home.

This is now India's longest winning streak in Test cricket.

Most consecutive wins for India

The following table gives details of each country's longest winning streak in the Test cricket.

Australia had two separate instances of 16 consecutive wins -- a record that will take some effort to beat!

Most consecutive wins in Test cricket for each team

Virat Kohli has now won registered 11 wins by an innings margin -- the most by any captain from the subcontinent.

The overall record is 22 held by South Africa's Graeme Smith.

Captains with most innings wins in Test cricket

Virat has now won 33 Tests as a captain, which makes him the fifth most successful captain in Test history, ahead of Allan Border's tally of 32.

Captains with most Test wins 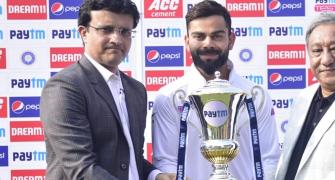