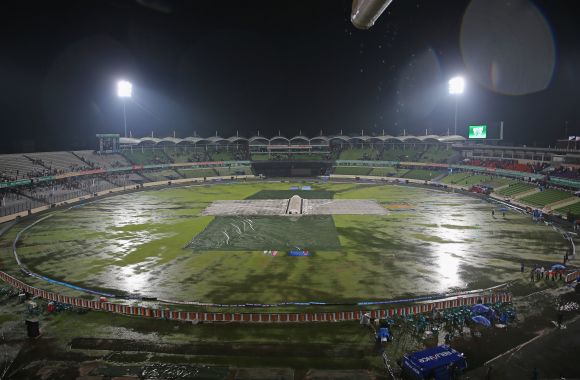 Image: A general view as the field is flooded after heavy rain during the ICC World Twenty20 in Bangladesh
Photographs: Scott Barbour/Getty Images

With the weather forecast for Friday predicting another round of heavy rainfall, India will be the lucky team if it eventually pours, as they will then automatically advance to the final of the ICC World T20.

As per the weather forecast in Dhaka, around 70 percent chance of rain is predicted and it could again play spoilsport during the second semi-final between India and South Africa.

As per the playing conditions, even if a five-over per-side match is not possible, the team that is ranked higher in their respective groups will be declared winner of the contest.

If rain plays spoilsport, India will go through 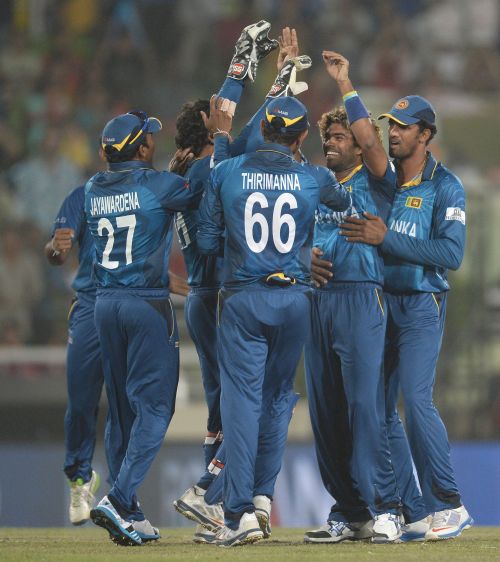 In this case it will be India, as they emerged as group champions, winning all their four matches in Group 2, while South Africa were second in their group, with six points, by virtue of three wins.

A dominant Sri Lanka made it to the final for the third time knocking out defending champions the West Indies by 27 runs via the Duckworth Lewis method after thundershowers stopped proceedings in the first semi-final on Thursday. 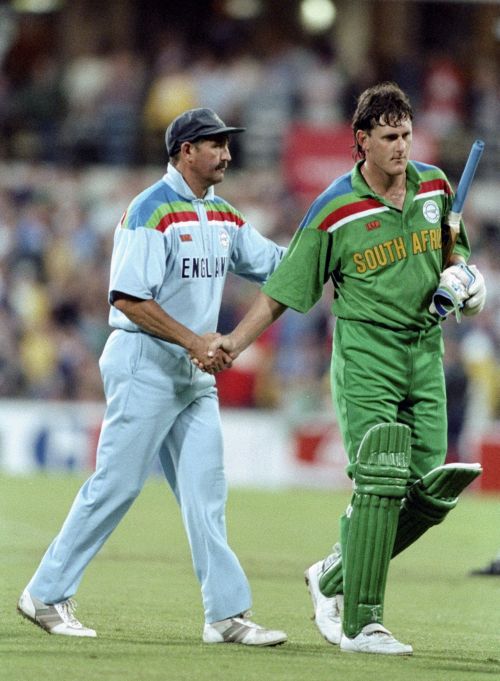 South Africa had a tragic date with rainfall some 22 years earlier, in their debut in the 50-over cricket World Cup.

An ugly rain-rule knocked the Proteas out of the 1992 World Cup semi-final against England when they needed 22 runs from 13 balls and rain stopped play.

Once play resumed, as per new rules, they required 21 off only one ball.

Faf du Plessis will be praying that he has luck on his side unlike then skipper Kepler Wessels.