Sign in  |  Create a Rediffmail account
Rediff.com  » Cricket » Our mental toughness will be tested in Australia: Gambhir

Our mental toughness will be tested in Australia: Gambhir 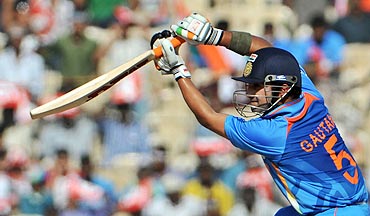 India's stand-in captain Gautam Gambhir was all praise for the fine show put up by the young players in the just-concluded series against the West Indies but warned that a tougher test lies ahead for them during the upcoming tour of Australia.

- Images: Pollard ton in vain as India win by 34 runs

"It always helps to get runs under your belt but in Australia those are different conditions. We all know this is not what we're going to get in Australia. Australians are tough nuts to crack and will come hard at us," Gambhir said after completing a 4-1 ODI series triumph over the West Indies in Chennai on Sunday.

Gambhir said players should also have mental toughness to excel in Australia, besides technical skills.

"That's where your mental toughness will be tested the maximum. You will be getting a quality attack and they will be coming hard at you. I think one good thing is the guys that have gone early (to Australia) will be able to acclimatise (to the conditions). And we're playing two practice games this time."

'The teammates stood up and delivered' 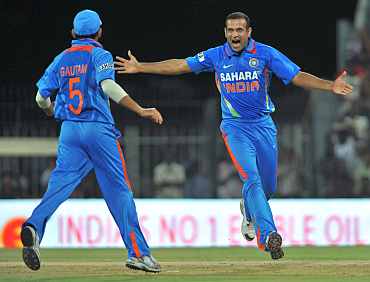 Gambhir also played down his perfect record as captain. The Delhi batsman has won all six of the ODIs he's captained India in so far.

"I'll stick to the saying that a captain is as good as his team. One captain can't win you the game it's still 11 people on the park. I am lucky to have such teammates. During the series against New Zealand, I was lucky to have Yuvraj Singh. (Yesterday, too) the teammates stood up and delivered."

Gambhir, also revealed Virender Sehwag and himself had decided to open the innings again after the loss to the West Indies in the third game.

"After the first two games, we discussed where we were lacking and saw we were not able to get good starts. So Viru and I were discussing and said we've opened a lot and done well in Tests and ODIs, (so let's do it again). And then we took it on from there."