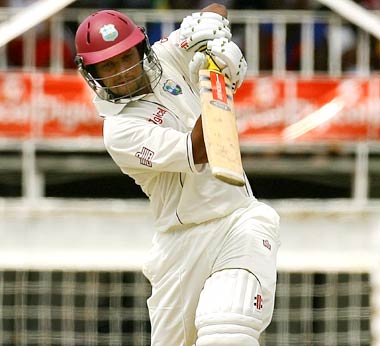 West Indies have dropped experienced but out-of-form batsman Ramnaresh Sarwan from their 13-member squad for the third cricket Test against India starting in Roseau, Dominica on Wednesday.

Debutant Kieran Powell will take Sarwan's place in the squad. The 21-year-old left-hander is the Leeward Islands opener and a regular member of the West Indies A team.

There are no other changes to the squad from the second Test, which ended in a draw. India hold a 1-0 series lead in the three-match rubber. 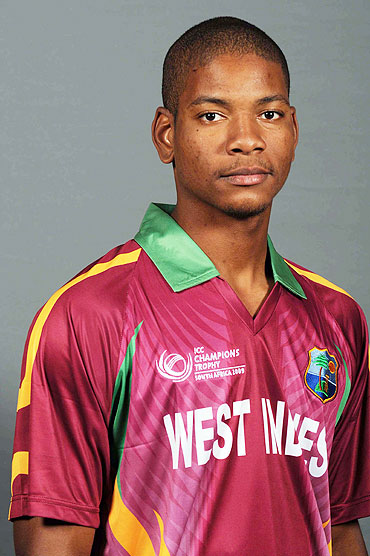 "Ramnaresh is having a difficult time and it is best for him to make way and allow a player in better form to contribute to the team totals," said Clyde Butts, Chairman of the Selection Committee.

"We have no doubt about Ramnaresh's class as a batsman, he has proven himself countless times in the past and we are certain that he will return stronger in the near future," Butts added.

Powell has played two one-dayers for the West Indies, both in the Champions Trophy in South Africa two years ago.

In all, he has 5 runs to his name from these two international matches after he made a duck against Bangladesh, and 5 against India.

"Kieran is young but has been on the first-class circuit for some time and is a former Windies Under-19 World Cup player. He did well for the West Indies A and scored an impressive hundred against England Lions in the WICB Regional four-Day Tournament but got injured subsequently."

Dominica will host its ever first Test match Powell has been working for the past several weeks at the Sagicor High Performance Center in Barbados under Head Coach Andre Coley and Batting Coach Carl Hooper.

The Third Test will be played at Windsor Park here from July 6.

This is the first time a Test is being hosted in Dominica though it has staged four one-dayers --two each against Bangladesh and South Africa -- in the past.