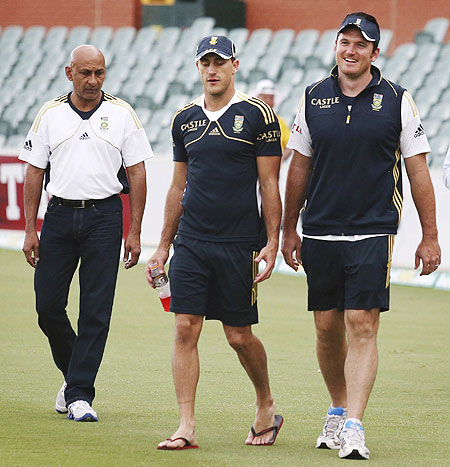 After batsmen ruled the first two Tests, fast bowling could be the decisive factor when Australia and South Africa re-engage their heavyweight tussle for the number one Test ranking in the final match of the series on Friday.

A defiant rearguard action from the tourists in Adelaide on Monday denied Australia captain Michael Clarke the victory his sublime batting probably deserved and meant the series would go into the third conTest in Perth all square.

While Australia need a victory at the WACA to return to the number one spot after a gap of more than three years, a third draw would keep South Africa as the world's top side in the longest form of the game.

"For us, that is great ... We wanted to go to Perth in that position and give ourselves a chance of winning a series in Australia again, and we have that opportunity."

SA may have go with a four-pronged pace attack 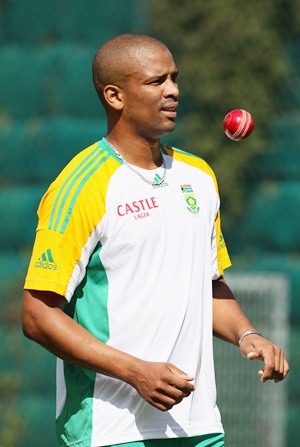 Smith will be hoping that paceman Vernon Philander is fit to rejoin his strike bowling unit after a lower back injury ruled him out of the second Test.

After a sensational introduction to Test cricket, Philander failed to take a wicket for the first time in the drawn series-opener in Brisbane.

His return would, however, allow South Africa to select a four-pronged pace attack with Philander, Dale Steyn, Morne Morkel and Rory Kleinveldt all looking to fire on what is expected to be a lively track.

Jacques Kallis might not be able to back up the much-vaunted, but so far disappointing, bowling attack after injuring his hamstring in Adelaide but the all-rounder should retain his place in the side as a batsman.

Australia's top all-rounder Shane Watson, by contrast, is back from injury and primed to play a role with both bat and ball in Perth, where he is likely to perform a supporting role to Australia's own pace quartet.

Johnson likely to make a comeback 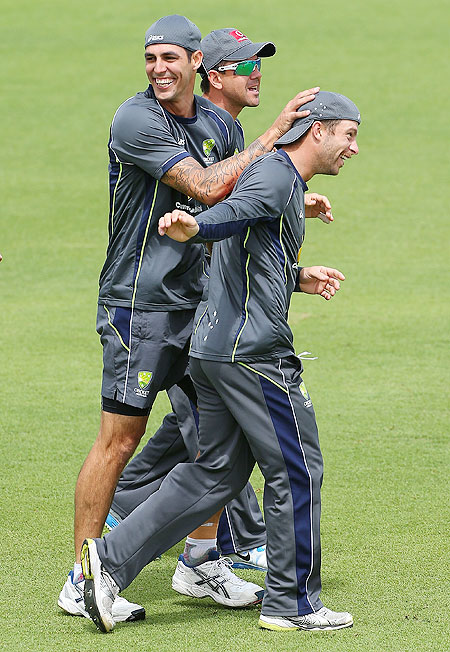 The exact combination Australia deploy, should they decide to omit spinner Nathan Lyon, has been muddied by the injury to James Pattinson, but it could mean a return to Test cricket for 2009 ICC Player of the Year Mitchell Johnson.

The 31-year-old quick has had a tumultuous couple of years and suffered something of a meltdown during the 2010-11 Ashes series, but there are few bowlers more dangerous at the WACA.

'We will have to play our best cricket for five days' 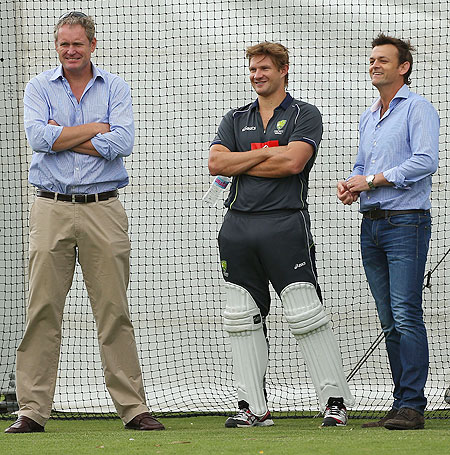 What is not in any doubt is the form of Clarke and Mike Hussey, who have combined for partnerships of 228 and 272 in the first two Tests.

Clarke's unbeaten 259 in Brisbane, followed by a 230 in Adelaide, shored up a sometime wobbly top order and somewhat overshadowed successive centuries for Hussey.

The Australian captain was not surprised that his batting heroics in the series have so far failed to result in a victory for his team, given the quality of the opposition.

"We knew we would have to fight," Clarke said on Monday.

"It was no different in Brisbane and it will be no different in Perth. We will have to play our best cricket for five days to give ourselves a chance of winning the series."
Tags: Clarke , Mike Hussey , Perth , Brisbane , Adelaide
More
Source: